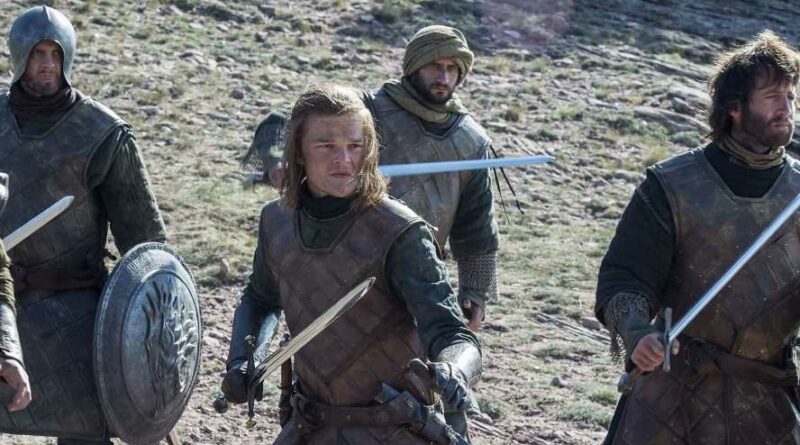 George R.R. Martin is lending his talents to Broadway.

The author behind the mega-hit "A Song of Ice and Fire" book series, which was the basis for HBO's Emmy Award-winning series "Game of Thrones," is now penning a script for a play based in the fantasy world of Westeros.

The Hollywood Reporter was the the first to report the news Tuesday, revealing that the play will center around the Great Tourney at Harrenhal and debut in New York City, London and Australia in 2023. Martin will work with playwright Duncan MacMillan ("1984") and famed theater director Dominic Cooke on the project.

The Great Tourney at Harrenhal is an important historical event in the world of Westeros. Occurring, 16 years before the events of HBO's "Game of Thrones," the contest took place over 10 days and included tournaments of jousting, archery and combat. It is also the place where Prince Rhaegar Targaryen created a nationwide scandal for dedicating his victory to Lyanna Stark instead of his wife. This decision led to Robert's Rebellion and the Targaryens being overthrown.

While no characters have been officially announced and the play has not been titled, it's expected that young iterations of Ned Stark, Lyanna Stark, Jaime Lannister, Robert Baratheon, Rhaegar Targaryen, Oberyn Martell and Barristan Selmy will likely be among the cast.

"The seeds of war are often planted in times of peace," Martin said in a statement to The Hollywood Reporter. "Few in Westeros knew the carnage to come when highborn and smallfolk alike gathered at Harrenhal to watch the finest knights of the realm compete in a great tourney, during the Year of the False Spring. It is a tourney oft referred during HBO's 'Game of Thrones' and in my novels, A Song of Ice & Fire … and now, at last, we can tell the whole story… on the stage."

Representatives for Martin were not immediately available to comment.

The news comes just days after Martin struck a five-year overall deal with HBO to create content for the network. WarnerMedia, which owns HBO, has already begun working on a "Game of Thrones" prequel called "House of the Dragon," which is expected to premiere sometime in 2022. The company has at least five other series in various stages of development for HBO and streaming service HBO Max.

Additionally, Broadway in New York City, which has been closed for more than a year because of the Coronavirus pandemic, could reopen in September. Last week, Mayor Bill de Blasio detailed a vaccine rollout in the theater district that would inoculate members of the industry, with the hope of getting shows back up and running in the fall.

Futures tick higher as investors hold out for recovery

A G-7 Fiasco to Remember