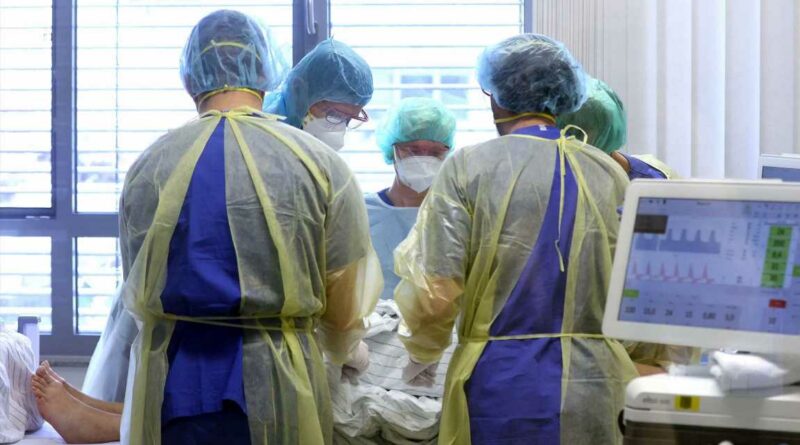 Germany was once seen as the poster child of how to deal with the coronavirus. Now, it's recording close to 50,000 new Covid cases a day, prompting a dire warning of a dramatic rise in fatalities from one expert.

Germany is in the midst of what has been described as a fourth wave of Covid, as the delta variant spreads as the weather gets colder. Thursday marks the fourth day in a row that it has posted a fresh daily high, Reuters noted, with the number of new cases coming in at 50,196.

Data from the country's public health body, the Robert Koch Institute, showed that Germany's total number of cases has now hit 4.89 million and that the number of fatalities stands at 97,198.

The data is worrying Germany's officials and public health experts.

Outgoing Chancellor Angela Merkel has reportedly called for an urgent meeting with state premiers to discuss the country's response to the Covid crisis. Her chief spokesman Steffen Seibert said on Wednesday that the virus was "spreading dramatically" and that a "quick and unified response" was required.

Leading German virologist Christian Drosten called for urgent action on Tuesday, warning that the country could witness as many as 100,000 more deaths from the virus if nothing was done to tackle the spread of the virus.

Speaking on the NDR podcast, Drosten said that 100,000 deaths was a "conservative estimate" and that "we have a real emergency situation at the moment" with millions of Germans still unvaccinated.

Covid vaccines have been clinically proven to greatly reduce the risk of severe infection, hospitalization and death caused by the virus, although vaccine immunity is known to wane after six months and there have been some "breakthrough" infections among the vaccinated.

Earlier this week, German lawmakers, who are focused on coalition talks to form a new government after September's inconclusive election, proposed a draft law set to be discussed in the German Bundestag, or parliament, Thursday. It includes plans to reintroduce free Covid-19 testing (which was ended recently) and mandatory daily testing for employees and visitors of care homes, among other measures, reported by Deutsche Welle.

On the whole, lawmakers are generally against imposing a new lockdown but some states (which are allowed to set their own restrictions) have reintroduced some Covid rules and restrictions.

Germany was lauded for its initial response to the Covid pandemic, with an efficient test and trace program, widespread testing and a high standard of healthcare that helped to prevent widespread cases and deaths. The country's early pandemic response was far more successful than that of its Western European neighbors, like France and Italy.

However, like its neighbors, Germany's vaccination drive got off to a slow start and it has had to deal with a stubborn section of vaccine skepticism in its population. To date, 69.8% of the population in Germany has received one shot against the virus and 67.3% of the population is fully vaccinated.

This compares to 79.8% of the U.K. population over the age of 12 that is now fully vaccinated.

Germany's recent sharp rise of Covid cases has been blamed on its lower vaccination rate, prompting politicians to call for a boost to the immunization campaign.

Last week, Germany's Health Minister Jens Spahn said: "we are currently experiencing a pandemic mainly among the unvaccinated and it is massive," a sentiment echoed by Lothar Wieler, the president of the Robert Koch Institute.

On Thursday, Merkel's likely successor Olaf Scholz said that German vaccination centers should be reopened in a bid to encourage more citizens to get vaccinated.

"The virus is still amongst us and threatening citizens' health," Scholz, the finance minister and chancellor candidate, said in a speech to the parliament, Reuters reported.

Germany is Europe's largest economy and, like its neighbors, lockdowns imposed in 2020 in a bid to stem the spread of the virus hit Germany's economy, which is now also suffering from subsequent supply chain issues.

Volker Wieland, endowed chair of monetary economics at the Institute for Monetary and Financial Stability, in Germany, told CNBC that there's a reluctance to lock down again in Germany.

"Given the vaccinations we have and given the rules that are available in terms of making the economy and industry function, we do not predict any sharp consequences this winter. So far the government has said they don't want to impose any new lockdowns on the service sector," he told CNBC's Annette Weisbach in Germany.

"So the key trigger of a slowdown in the service sector would be if there are severe lockdown restrictions on retail, on schools and on other areas, for example, hotels and restaurants," he added.

Germany is not alone in experiencing a dramatic rise in cases, with France also seeing a surge in Covid, again largely down to the spread of the far more virulent delta variant. On Wednesday, France's Health Minister Olivier Veran said the country was at the beginning of a fifth wave of the pandemic.

The U.K., by contrast, which had seen cases rise rapidly since the end of summer, is now starting to see case numbers fall. Still, almost 40,000 new daily cases were recorded on Wednesday. 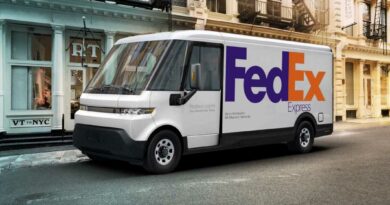