Home » Business » Halfway Through 2021, the Hot Stocks Are Old-Fashioned 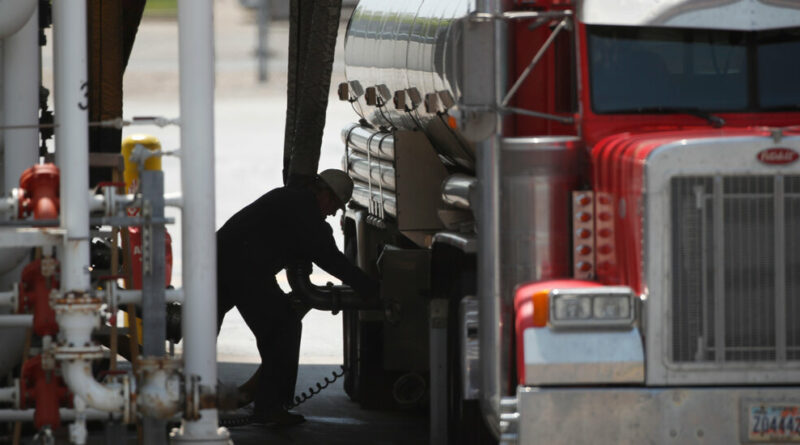 Zoom and Peloton are out. Oil drillers and metal miners are in.

Tech companies that made remote living possible — or even bearable — were the center of the action last year as investors sought companies that were either immune to the economic chaos of the pandemic or potential winners from the disruption caused by lockdowns.

But now, money is flowing into old-fashioned sectors where profits are soaring because of the rebounding economy, which is growing at the fastest rate since the early 1980s.

The “economic reawakening” has been a boon for certain companies, said Jonathan Golub, chief U.S. equity strategist at Credit Suisse. “And those tend to be, it’s very simple, old economy.”

Through the first six months of the year, the S&P 500 was up 14.4 percent, led by the same energy and financial stocks that limped through last year’s economic collapse. That ranks as the second-best performance for the first half of a year since 1998, during the dot-com boom. On Wednesday, the last day of the second quarter, the S&P 500 inched up 0.1 percent and closed at a record high of 4,297.50.

While the meme-stock mania that began in January was a very public display of investor sentiment, the more profound shift happened under the surface. The arrival of coronavirus vaccines toward the end of last year allowed investors to shift their focus to the companies that have long been considered sleepy counterparts to sexy tech shares, such as oil companies and metal makers whose fortunes were deeply uncertain at the start of the pandemic.

“Whatever company was almost bankrupt but didn’t quite go bankrupt, those are the stocks that are going to do the best,” said Tony DeSpirito, chief investment officer of U.S. Fundamental Active Equity at BlackRock, explaining why some of the worst-performing stocks from last year are leading the pack in 2021.

Shares of Marathon Oil tumbled 50 percent last year, as oil prices collapsed and even briefly dropped below zero. The company had to cut production and temporarily axed its dividend to conserve cash as the economy reeled and uncertainty prevailed.

But oil is back above $70 a barrel, and Marathon’s shares have more than doubled this year, making it the biggest gainer in the S&P 500. Two other oil and gas drillers, Occidental Petroleum and Diamondback, are not far behind.

A boom in other commodities is likewise lifting metal makers and miners to the top of the heap for investors.

Shares of the steel maker Nucor were down 5.5 percent last year but are up 80 percent in 2021 as steel prices have hit record highs. Shares of the copper miner Freeport-McMoRan are up more than 42 percent as demand for that crucial industrial material has surged.

And a broad variety of financial stocks are also flying high. Large banks on Wall Street notched record trading gains early in the year and are now increasing dividends that had to be put on hold during the worst of the Covid-19 crisis at a faster pace than expected. Shares of Goldman Sachs (up more than 40 percent) and Wells Fargo (up more than 50 percent) are also big winners.

Shares of the credit card company Capital One Financial have done even better, rising 56.5 percent thanks to the surprisingly healthy state of consumer finances — defaults are lower than had been forecast. American Express, whose cards are frequently deployed by those traveling for business or pleasure, has been helped by the rebound in the tourism industry. Its stock is up almost 37 percent.

On Wall Street, these kinds of companies are often described as cyclical — that is, they are closely tied to the rhythm of the economy, rising and falling as economic growth accelerates or slows. They’re often called “value” stocks because they’re relatively cheap, as opposed to “growth” stocks.

And investors expect that the vaccine-enabled revival of the economy will provide a short-term lift to their profitability.

At Franklin Templeton in San Mateo, Calif., Serena Perin Vinton, a portfolio manager, has been buying shares of one so-called value company, Estée Lauder, during the first half of the year.

The company sells a surprising amount of its sculpting lipstick, stay-in-place foundation and skin care creams at airports. Ms. Perin Vinton is betting, in part, that the company’s sales will continue to recover as vaccinated travelers return to the skies and as people simply return to work and socialize face to face.

“Now, it’s really like we only put on barely a little bit of makeup for a Zoom call,” Ms. Perin Vinton joked.

She has also beefed up her holdings of other companies that are poised to ride the recovery, including the casino operator Las Vegas Sands and Airbnb, both of which should profit as the travel and leisure sector bounces back.

At Goldman Sachs Asset Management, portfolio managers are still focused on tech stocks with long-term potential, but they are also looking for companies with close ties to the current business cycle, said Katie Koch, a global co-head of fundamental equity funds at the firm.

“We don’t want to get run over by the cycle,” she said.

The approach at Goldman means looking at cyclical stocks that also have the potential to capitalize on longer-term trends. Examples, Ms. Koch said, could include an aluminum can company, which could see an uptick in activity during the recovery while benefiting from a shift away from single-use plastic. Or a copper miner, which will be lifted not only by higher commodity prices linked to rising global demand but also by copper’s use in transitional technologies such as solar and wind power.

Though some shares that were wildly popular last year have declined — Peloton is down 18.3 percent, and that’s an improvement from the aftermath of a recall of its treadmills — technology as a whole is by no means tumbling. Zoom Video Communications was up 14.7 percent in the first six months of this year, which looks meager only compared with a rise of almost 400 percent in 2020. The tech-heavy Nasdaq Composite index was up 12.5 percent in the first half of the year, even if cyclical stocks were bigger gainers.

The result is a broad rally that analysts expect to continue. Interest rates remain low, and the yield on the 10-year Treasury note ended Wednesday at 1.45 percent. Economists think the economy will grow 6.5 percent this year, which would be the fastest rate since 1984, according to data from FactSet.

Of course, even with a strong economy and companies forecasting healthy profits, there are risks to the romp higher for the markets. The coronavirus remains an unpredictable threat, with highly contagious variants continuing to circulate. Some analysts worry about the potential for corporate and capital gains tax increases, which the Biden administration is considering. And if inflation becomes more than a temporary problem, the Federal Reserve could cut back on some of the supportive policies it has put in place. As recently as March, stocks wobbled over fears of high inflation.

And even investors’ increasingly optimistic expectations can eventually cause the market to slow, said Ed Clissold, chief U.S. strategist at the stock market research firm Ned Davis. Their belief that there will continue to be robust economic growth and solid corporate profits informs stock prices, and eventually it might become more difficult for their outlook to get any more rosy.

“We need to be aware that we’re approaching the point where a lot of the good news is priced in,” he said.

Improving Investor Behavior: Keep politics out of your portfolio

Cryptocurrency Dogecoin Rockets After Elon Musk Tweets: ‘Who Let The Doge Out?’