Home » Business » Have you had the 'money talk' with your family yet? Don't put it off 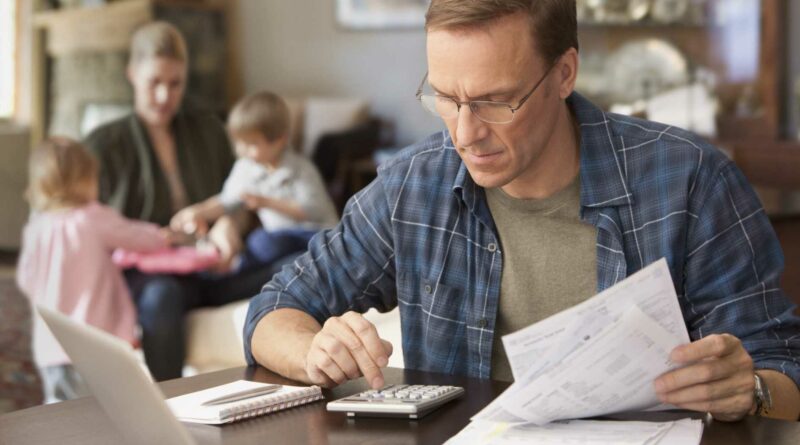 Talking about money is not easy for most people, because so many emotions are tied to it — pride, shame and envy, just to name a few. It gets infinitely harder when it comes to talking about money with a loved one.

"Nobody's taught to talk about money, much less our families," said certified financial planner Hannah Moore, in an interview with CNBC's "American Greed."

Moore, president of a Dallas-based firm, Guiding Wealth, works with retirees as well as people who are in what she calls the "accumulation stage." She also trains financial planners. In each case, she said, conversation is key.

"These conversations are difficult and awkward, but they're incredibly important," she said.

A failure to have "the talk" can have serious consequences, leaving families unable to meet basic needs, or unprepared to cope with the financial twists and turns that run through practically anyone's life.

Moore spoke with "American Greed" about the basics of the money talk at various stages of life.

"Next month, I'll have a 3-year-old," Moore said. "There's appropriate money conversations for me to be having with her."

Clearly, they won't be talking about the differences between fixed and variable annuities. But Moore said a basic theme should involve how to think about and value money. Consider involving young children in financial goals, like purchasing a new household item or taking a vacation, to teach them the importance of saving, planning and patience.

Consider showing your kids how you keep track of your checking and savings accounts, so they can understand the importance of managing money. If you give to charity, discuss that with them as well.

"It's passing down these values that families have," she said.

As they get older, there will inevitably be conversations about saving for college — and paying for it. Having a clear understanding of how that will work, and what your family can afford, is crucial, especially in an era of rising tuitions and crushing student debt. Explain to your teenager how loans and interest work.

You need not stop there. As your children move into adulthood, keep the conversation going.

"It's really just foundational. Here's what it means to invest. Here's how you use your investment statement. Really normalizing some of these ways to build wealth," Moore said.

Many people find themselves providing for young children while also looking after aging parents — the so-called sandwich years. Here again, communication is key.

A basic conversation with your parents can put everyone's mind at ease, even though it can be difficult to initiate.

"There's a lot of fear that drives that conversation. And so, it's really helping get clarity," Moore said. "A great first question is, do you have a plan, and are you working with somebody?"

The conversation need not delve into their specific financial situation, though it can help raise a red flag if they do not have a plan. But the main issue at the outset is to understand their wishes, and what role, if any, that they expect you to play.

"You're just saying, do you have it all in one place? Or, if something were to happen to you, where should I go? Is there a folder in your closet or, is there a person I need to call getting some of that information?"

For the parent, having that conversation might feel like you are giving up some independence. After all, you are now leaning on people who always depended on you. But it need not be that way. Letting your wishes be known keeps you in control.

"My goal with my clients, I want people to be able to age with dignity," Moore said. "And what that means for me is that it's on their terms, and so it's their decisions."

Inevitably, the conversations will eventually turn to the legacy you hope to leave to your loved ones.

Experts say it is never too early in adulthood to consider an estate plan, but Moore said that leaving it to the legal documents alone to communicate your plans to your heirs risks causing needless misunderstandings.

"It's not personable," she said, so your intentions might not come through.

"We don't want surprises. 'Clear is kind' is a phrase that I use with my clients," she said.

"Make sure that it's been very clear of why you're doing [what you are doing]," she said. "If you're giving less to one child than the other, why are you doing that? And just really help maintain those relationships."

At the very least, consider including a personal letter with your estate documents to explain your decisions to your heirs. But better yet, have a real conversation.

While you are planning these frank conversations with your parents and children, don't forget the lines of communication with your spouse or significant other.

Even the happiest couples will argue about money from time to time, but Moore said transparency will always smooth the path.

"I think about just the importance of clarity, of understanding where you're at," she said.

"Do you want traveling to be a really high priority? Is it education for your kids? Is that a top priority?" she said. "We're really showing what we value in life."

Then, develop a clear picture of where you are financially.

Moore said some couples she works with mingle their finances, while others keep them separate. Regardless, it is important to be open with one another.

"Having an idea of where you want to go together really puts you on a shared vision and a shared goal."

At its most extreme, a failure to talk about money can be deadly.

Karl Karlsen, 61, has been sentenced to spend the rest of his life in prison for the murders of his first wife, Christina, in 1991, and their adult son, Levi, in 2008.

Many of the accounts were opened within a year of Levi's death, under the pretense that Karl would use them to provide for the granddaughters.

"None of the money ever ended up going to the girls," Levi's younger sister, Kati Reynolds, told "American Greed."

While the Karlsen family dysfunction clearly extended far beyond an inability to talk honestly about money, that certainly did not help. Karlsen apparently spent much of the money, but some is still unaccounted for.

"There is money still lingering that my brother wanted his children to have, and rightfully so," Reynolds said. "They should have it."

See how a father's scheme devastated three generations of his family. Watch an ALL NEW "American Greed," Monday, July 12, at 10 p.m. ET/PT on CNBC.

Oxford Covid-19 vaccine trial results are due this year but they're not there yet, trial chief says