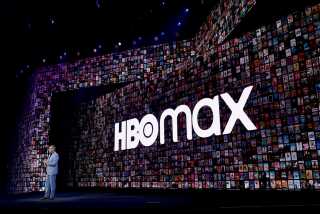 WarnerMedia plans to light up streaming service HBO Max in 39 territories across Latin America and the Caribbean in late June, marking the first international presence for the streaming service.

When European territories like Spain, Portugal, Central Europe and the Nordics join the footprint later this year, WarnerMedia expects HBO Max to be operating in more than 50 countries globally by the end of 2021. In some key markets such as the UK, HBO has long-term distribution deals with Sky and other partners that preclude the launch of HBO Max.

In addition to programming from HBO, DC and Warner Bros, the international extension will feature a new kids experience, including local original productions.

The HBO Go brand, which was phased out in the U.S. last year, will also disappear in Latin America and the Caribbean. As in the U.S., it functioned as a “TV Everywhere” app, delivering HBO digitally to subscribers who authenticate with their pay-TV credentials, but it also has been a direct-billed service. At launch, existing HBO Go direct-billed customers, as well as those who are billed through eligible partners will get access to HBO Max.

The company has said the streaming outlet is ahead of its initial projections to reach 75 million to 90 million subscribers globally by 2025. Last month, parent AT&T said HBO Max had drawn 17.2 million activations in the U.S. as of December 31, with a combined total with conventional HBO of 41.5 million subscribers.

Any paying customer of HBO through a pay-TV operator or other distributor is eligible to activate HBO Max at no additional cost. but that marketing message has taken a while to sink in, executives concede One recent driver of activations and new retail subscribers has been the availability of Warner Bros movies at the same time they hit theaters.

“We are thrilled for the launch of HBO Max in Latin America and the Caribbean, which is the first step in bringing WarnerMedia’s direct-to-consumer service to consumers outside of the U.S., and around the world,” said Johannes Larcher, Head of HBO Max International. “By combining HBO with the very best of WarnerMedia’s series and film catalog, as well as locally produced content from master-storytellers in Latin America, HBO Max will offer fans in the region an unforgettable and enriching entertainment experience.”

UK Economy Recovers Slowly In May

Trump wants second stimulus checks to be more than $1,200. Experts question whether that's the right relief