Home » Business » Here's how Matt Amodio, who racked up $1.5 million on 'Jeopardy!,' plans to invest his winnings 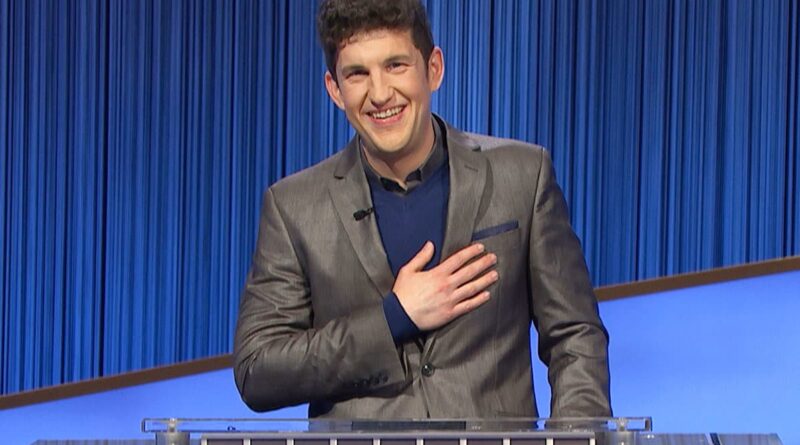 Matt Amodio, whose prolific run on "Jeopardy!" came to an end earlier this week, told CNBC on Thursday he has no risky investment plans for his winnings.

"I've got the boring answer. I'm going to do long-term invest and hold," Amodio said on "Squawk on the Street."

Before losing in the episode that aired Monday, Amodio won 38 straight games on "Jeopardy!," the second-longest streak in the trivia show's history, trailing only Ken Jennings, who won 74 in a row. Amodio finished with $1,518,601 in total winnings — before taxes, of course.

On the show, Amodio played with an aggressive style, seeking out Daily Doubles and betting big when he found them. He doesn't appear to want to take a similar approach to investing his "Jeopardy!" payday.

"I'm not there on the day-to-day trading. It's too much for me to keep track of," said Amodio, an Ohio native who's pursuing a doctorate in computer science at Yale University. "But index funds paired with a small amount of bonds, with yearly rebalancing, how can you go wrong, right?"

Amodio's $1.5 million is the third-largest sum won during regular-season play on "Jeopardy!". Jennings holds the top spot, with $2.52 million, and James Holzhauer, who won 32 consecutive games in 2019, is in the second place, with $2.46 million.

Although he often won in runaway fashion, Amodio told CNBC he's not totally shocked his "Jeopardy!" streak is over now.

"A little bit surprised, but not too surprised. I had anticipated this moment 38 times prior to my 39th game, and every time before that I happened to win," Amodio said. "But I knew it was always a possibility."

Amodio's attention-grabbing run on "Jeopardy!" coincided with a moment of transition for the long-running TV program, which is trying to find a permanent replacement host for the late Alex Trebek.

After a series of guests hosts, including CNBC's own David Faber, Mike Richards had been named the permanent host in August. But he was ousted, and later removed as the show's executive producer, too, after offensive comments he made about Jews, women and people who have disabilities resurfaced.

The tech-armed fortress that are our data centres

Asos profits plunge 68% after tumultuous year of IT chaos