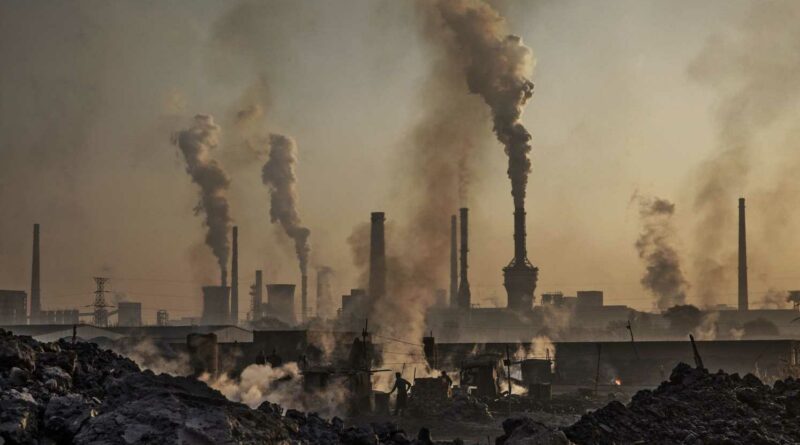 The COVID-19 pandemic barely registered as a blip as humanity continued to spew carbon dioxide into Earth’s atmosphere over the past year to levels not seen in more than 4 million years, scientists announced Monday.

Measurements of carbon dioxide (CO2), the chief human-caused greenhouse gas, averaged 419 parts per million at Mauna Loa, Hawaii, for May, when carbon levels in the air peak, the National Oceanic and Atmospheric Administration said.

Overall, NOAA said, “there was no discernible signal in the data from the global economic disruption caused by the coronavirus pandemic.”

“We are adding roughly 40 billion metric tons of CO2 pollution to the atmosphere per year,” said Pieter Tans, a senior scientist with NOAA’s Global Monitoring Laboratory. “That is a mountain of carbon that we dig up out of the Earth, burn and release into the atmosphere as CO2 – year after year.

“If we want to avoid catastrophic climate change, the highest priority must be to reduce CO2 pollution to zero at the earliest possible date.”

Climate change does more than increase temperatures. It makes extreme weather – storms, wildfires, floods and droughts – worse and more frequent and causes oceans to rise and get more acidic, studies show. There are also health effects, including heat deaths and increased pollen.

Carbon levels in the air were higher in the distant past before humans came on the scene. But levels probably haven’t been this high in millions of years.

Smoke billows from a large steel plant on November 4, 2016 in Inner Mongolia, China. Over the industrial era, the amount of carbon dioxide in the atmosphere has increased by about 40%, according to the U.S. Global Change Research Program. (Photo: Kevin Frayer)

In fact, not only is CO2 at its highest levels in human history, but you would have to go all the way back beyond the beginning of human history – to the Pliocene Epoch,  4.1 million to 4.5 million years ago – to find a time when Earth’s atmosphere held a similar amount of carbon, Axios reported.

During that time, sea level was about 78 feet higher than today, the average temperature was 7 degrees Fahrenheit higher than in pre-industrial times, and studies indicate large forests occupied areas of the Arctic that are now tundra, NOAA reported.

There are natural ups and downs of greenhouse gas, which before the Industrial Revolution would come only from volcanoes and decomposing plants and animals. Carbon dioxide is called a greenhouse gas because of its ability to trap solar radiation and keep it confined to the atmosphere.

It is invisible, odorless and colorless, yet it is responsible for 63% of the warming attributable to all greenhouse gases, according to NOAA’s Earth System Research Laboratory.

Carbon dioxide pollution is generated by emissions from carbon-based fossil fuels such as oil, gas and coal that are used for transportation and electrical generation, cement manufacturing, deforestation, agriculture and many other practices, NOAA said.

Along with other greenhouse gases such as methane, CO2 traps heat from the planet’s surface that would otherwise escape into space, causing the planet’s atmosphere to warm steadily.

“The ultimate control knob on atmospheric CO2 is fossil-fuel emissions,” said Ralph Keeling of the Scripps Institution of Oceanography, which oversees the Mauna Loa CO2 measuring station. “But we still have a long way to go to halt the rise as each year more CO2 piles up in the atmosphere. We ultimately need cuts that are much larger and sustained longer than the COVID-related shutdowns of 2020.”

In February, the U.S. officially rejoined the Paris Agreement on climate change, an international treaty signed by 196 countries that have committed to limiting global warming and avoiding its potentially destabilizing effects.