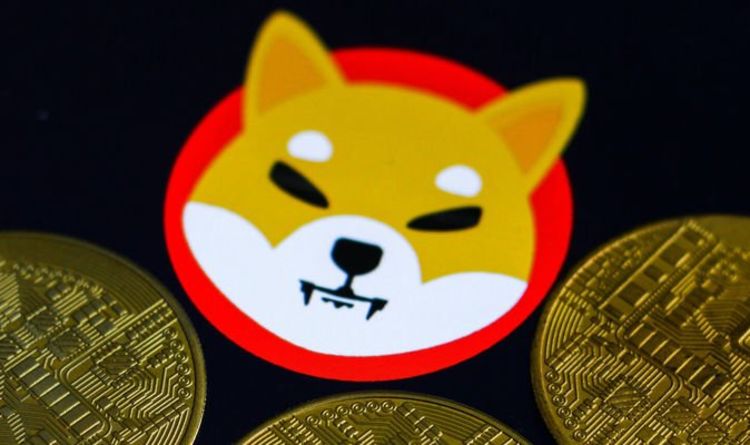 Cryptocurrency: Expert on how financial system is being 'remade'

Shiba Inu (SHIB) is among tokens that managed to capitalise on an unexpected surge in interest in 2021. Many of them split off from the ultimate joke cryptocurrency, Dogecoin, before blazing their own trails and facing up against some of the market’s best established coins. SHIB has managed to carve out its own path above the rest, pushing its 2021 gains past even Bitcoin.

Although also based on a meme, investors are taking SHIB seriously.

In the months since it debuted in January this year, it has exploded value by nearly 80 million percent.

In October alone, it has managed to gain a further 574 percent.

SHIB’s unprecedented surge will have attracted a legion of novice investors hoping to make the same gains as early backers.

But not everyone is bullish about its future, with some analysts prepared for the coin’s latest rally to near exhaustion.

He said the coin is making a “bearish divergence”, according to recent movements.

Although the price has risen, this could pave the way for a future value slip.

Pullback from the current trend could occur “in the coming days”, Mr Gola said.

He added that some of its recent “price candles” betray further potential weakness.

Cryptocurrency price candles measure opening and closing prices, as well as other notable highs and lows.

But this coincided with “declining trading volumes” for three successive days.

That, he said, validates an “underlying weakness” in the coin’s current uptrend.

Prices could pull back, but they won’t “immediately”, with some analysts already eyeing higher targets.

The information in this article does not equate financial advice. Anyone considering investing in cryptocurrency should understand the risks involved.