Home » In California: State says vaccinated people must wear masks until June 15, even at national retailers 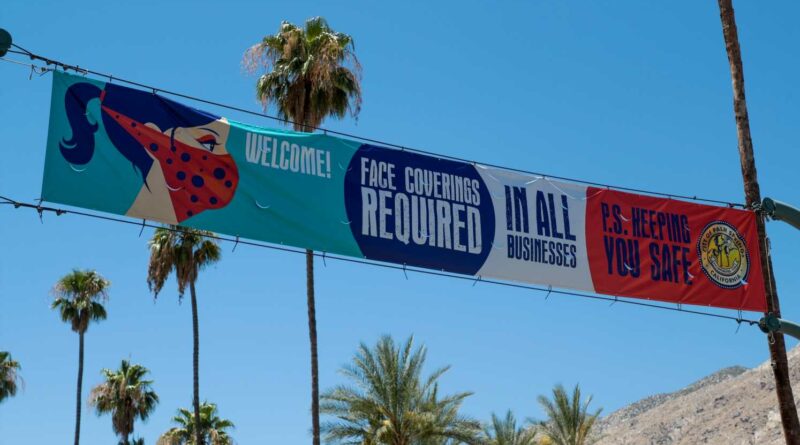 Plus: Plus, Ricky Schroder says he’s sorry for anti-mask tirade at Costco, and  Golden State homicides surged in 2020

I’m Winston Gieseke, philanthropy and special sections editor for The Desert Sun in Palm Springs, bringing you the latest headlines from the Golden State.

But first: Do you know someone who wants California news delivered to their inbox for free? Let them know they can sign up via this link.

A physician administering a vaccine into the arm of an elderly woman. (Photo: Getty Images)

This is turning into a nice trend: California reported far fewer coronavirus cases in the week ending Sunday, adding just 10,600 new cases. That’s down nearly 20% from the previous week’s tally of 13,200. Cases fell in 36 of the state’s 58 counties, with the best declines in Sacramento, Alameda and Santa Clara counties.

In addition, California ranked 50th among the states where coronavirus was spreading the fastest on a per-person basis, according to a USA TODAY Network analysis of data from Johns Hopkins University.

In all, California reported it has administered 35,114,882 total doses.

In case you’re wondering what that means in terms of mask mandates, let me tell you.

Fully vaccinated Californians will need to continue wearing face coverings in most indoor settings for another month, as the state announced Monday it will wait until June 15 to adopt the latest guidance by the Centers for Disease Control and Prevention.

Many other states lifted their mask requirements last week after the CDC said fully vaccinated individuals do not need to wear masks outdoors in crowds and in most indoor settings.

However, Dr. Mark Ghaly, secretary of California Health and Human Services, said the state reviewed the CDC’s guidelines and decided it was important to wait to implement them.

In related news, the Los Angeles Times reports that L.A. County has ordered Trader Joe’s, Walmart and other chains not to relax their mask rules.

The Trader Joe’s store in South Pasadena, evidently following national guidelines, posted a sign Friday, saying it’s OK for vaccinated shoppers to enter the store without a mask — however, this is in violation of California’s mask orders.

As a result, L.A. County’s director of public health said on Monday that officials have been reaching out to retail chains to remind them that rules mandating the wearing of masks indoors still apply in the Golden State.

“Our teams are out notifying all of the chains that have made announcements nationally that they would be relaxing their masking requirements” that California’s mandatory mask policy within stores statewide remains in effect, L.A. County Public Health Director Barbara Ferrer said.

“Absolutely, masking requirements are in place here and all across California,” Ferrrer said. “So this is going to be pretty easy for businesses and customers, residents and visitors to understand — because there’s one standard for the whole state. And it requires that we continue to wear our masks until June 15,” Ferrer said.

Which brings us to:

Entertainment Weekly reports that former child star Ricky Schroder has posted a video to Instagram apologizing for the way he treated a California Costco employee who refused to let the mask-free actor enter the store on Sunday.

The initial incident, filmed by Schroder and posted on social media, shows the actor at first trying to convince the employee, a supervisor named Jason, that masks were no longer required in the Golden State. When the employee stands his ground, saying Schroder’s information is not accurate, the actor appears to have a meltdown.

In his apology video, Schroder calmly shared an explanation about why he acted the way he did.

“Jason, nothing personal. I’m not upset with you or anybody in the position like you have, who works for a living,” Schroder said. “I understand you were following your laws and rules. I was trying to make a point to the corporate overlords and I’m sorry that I had to use you to do it. And if I hurt your feelings, I apologize.”

Homicides surge 27% in California in 2020 amid COVID shutdowns of schools, youth programs

Amid a pandemic that left law enforcement agencies stretched thin and forced shutdowns that left young men with little to do, California registered a devastating surge in homicides in 2020 that hit especially hard in Black and Latino communities.

The number of homicide victims in California jumped 27% from 2019 to 2020, to about 2,300, marking the largest year-over-year increase in three decades, according to preliminary death certificate data from the California Department of Public Health.

The increase in deadly violence played out across large swaths of the state, urban and rural, and was keenly felt in the San Francisco Bay Area. Among California’s 10 most populous counties, the sharpest increases were reported in Alameda County, where homicides rose 57%, followed by Fresno (44%), Sacramento (36%) and Los Angeles (32%).

Residents walk a dog as a brush fire burns behind homes in the Pacific Palisades area of Los Angeles on Saturday, May 15, 2021. (Photo: Ringo H.W. Chiu, AP)

A suspect was arrested Sunday in connection with a wildfire that has left about 1,000 Los Angeles residents under evacuation orders as firefighters protect canyon homes from a smoky blaze that churned through vegetation that hasn’t burned in half a century.

“We feel we have the right person,” Los Angeles Fire Department Chief Ralph Terrazas said, adding that the unnamed suspect was arrested about 2:30 p.m. Sunday.

The cause of the fire in steep, inaccessible terrain near Topanga State Park had been been deemed “suspicious” and continues to be under investigation, the Los Angeles Fire Department said.

No buildings were damaged and no injuries were reported in the wildfire that broke out late Friday in the Santa Monica Mountains. It grew rapidly Saturday afternoon — forcing about 1,000 Topanga Canyon area residents to flee their homes.

By Sunday evening, the fire had charred more than 2 square miles of brush and trees. There was no containment.

In California is a roundup of news from across USA Today network newsrooms. Also contributing: Entertainment Weekly, Los Angeles Times, California Healthline. We’ll be back in your inbox tomorrow with the latest headlines.

As the philanthropy and special sections editor at The Desert Sun, Winston Gieseke writes about nonprofits, fundraising and people who give back in the Coachella Valley. Reach him at [email protected]

Lakers’ Anthony Davis prepared for cold reception in New Orleans: ‘There are probably going to be boos’