India's economy rebounded in the April-June quarter even while a devastating second wave of COVID-19 swept the country, with growth of over 20% compared to a year earlier driven by a surge in manufacturing and higher consumer spending.

Asia's third-largest economy slumped 7.3% in 2020/21, putting it among major economies hit hardest by the pandemic but growth was less affected by April-May's second wave because the lockdown measures adopted then were less stringent.

Gross domestic product grew 20.1% in April-June compared with the same period a year earlier, with manufacturing and construction the main drivers, data from the statistics ministry showed on Tuesday.

That compared with a record contraction of 24.4% in the same quarter a year earlier and was in line with a Reuters poll forecast for growth of 20.0%.

Many analysts said the risk of spiking infections from the Delta variant and the slow pace of vaccinations in some states could hit India's growth momentum, however, with the economy unlikely to regain its pre pandemic size of about $2.9 trillion before the middle of the next fiscal year which begins in April.

"As vaccination pace picks up we expect the momentum to pick up further, although remain wary on the evolution of Delta variant cases," said Upasana Bhardwaj, senior economist, Kotak Mahindra Bank, Mumbai.

Consumer spending – the main driver of the economy – rose 19.34% year-on-year in April-June from a year ago, but remained lower than its pre-pandemic level.

Annual growth of 49.6% in manufacturing during the three months to June compared to 6.9% growth in the previous quarter showed new anti-COVID-19 measures adopted in April-May had only a limited impact on activity.

The Reserve Bank of India (RBI), which has kept its monetary policy loose, has forecast annual growth of 9.5% in the current fiscal year, although it has warned about the possibility of a third wave of the pandemic.

Binance built on fake volumes, should be banned, asserts critic 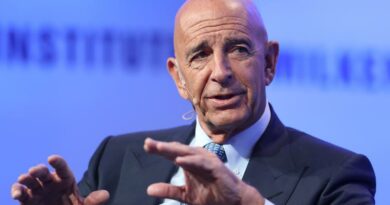