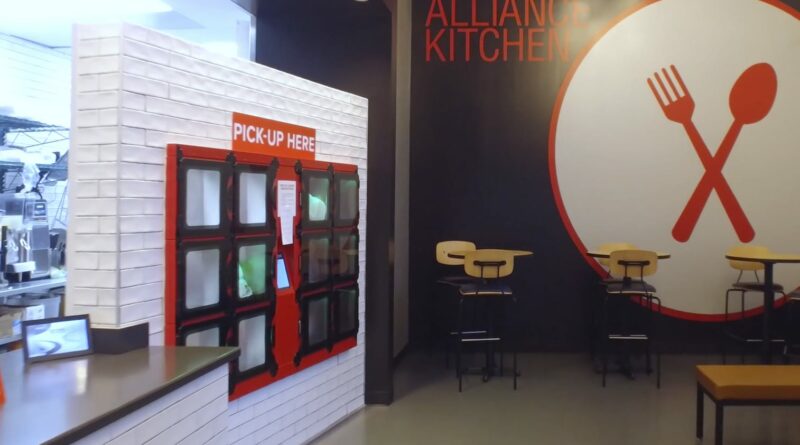 As labor challenges continue across the fast-food space and customers seek seamless interactions with digital ordering, major restaurant players are leaning into the ghost and virtual kitchen space to optimize efficiencies and speed up service.

Inspire Brands announced Tuesday the launch of a multibrand ghost kitchen in Atlanta that will serve customers from its portfolio of fast-food companies including Arby's, Buffalo Wild Wings, Jimmy John's, Sonic Drive-In and Rusty Taco.

The concept, dubbed Alliance Kitchen, will allow customers to order from both third-party aggregator platforms and the brands' apps. Its debut comes as Inspire's digital sales have more than doubled since 2019 to just over $3 billion, said Stephanie Sentell, senior vice president of restaurant operations and innovation at Inspire, in an interview.

Inspire, which is privately held, did not disclose the size of its investment.

Alliance Kitchen is already operating, having opened its doors in a quiet rollout in July. The company said it is its first restaurant owned and developed ghost kitchen, and it allows Inspire to test ideas from its Innovation Center — like its Flippy Robot, which can be used to cook wings — in a real restaurant environment. The concept eventually could allow Inspire to introduce brands into new geographic areas, Sentell said.

"We have a lot of experience and resources within Inspire and took a look at how we could operate this facility by driving more labor efficiencies — unlocking a lot of innovation throughout that process," Sentell said. "We've set up a model where the entire kitchen is conjoined — we have essentially a shared workflow work process, which is driving a lot of that labor efficiency."

Alliance Kitchen uses segmented workstations that allow it to fill orders for multiple brands. Inspire said this results in both labor efficiency and the ability for workers to train across the kitchen. The design reduces labor needs by 54%, square footage needs by 19%, decreases equipment costs by 45%, and reduces energy consumption by more than 50% compared with five stand-alone restaurants, according to Inspire.

"Through that test-and-learn environment, we're already seeing very positive progress in that area that's leading us to be able to deploy some of that technology and innovation into our Sonic restaurant drive-thrus, as well as Jimmy John's," said Vans Nelson, Inspire's vice president of restaurant operations, innovation and profitability.

Innovation also is being tested outside the venture's kitchen. The facility has a lounge for drivers on third-party apps where they can pick up food from lockers, access free Wi-Fi, charge their phones and get complimentary Dunkin' coffee.

Venture capital firms have been piling into the virtual or ghost kitchen space. According to PitchBook data, there was almost $3 billion invested into the category globally last year. Investment dollars were spread across more than 50 deals, with top bets placed on Travis Kalanick's CloudKitchens, All Day Kitchens and Kitchen United, PitchBook said.

Restaurant companies are also making bets in the space as digital orders continue to surge.

Take Wendy's. The chain saw its digital sales rise more than 10% last quarter. In August, it announced a deal with start-up Reef Technology to open 700 ghost kitchens by 2025 in the U.S., U.K. and Canada. Still in the pilot phase, the companies expect to open roughly 50 of those kitchens this year.

"What we bring Wendy's is really the ability for them to enter urban cores and city centers," said Philippe Saint-Just, Reef co-founder. "Traditionally, companies like Wendy's have been restricted by the high cost of real estate, and we provide a physical platform that lowers the cost and lowers the barriers for them to be able to do that. That complements the current network of Wendy's and allows them to grow in new geographies and new markets."

After an initial launch with Wendy's in Toronto earlier this year, it was clear within the first two weeks that the kitchens were selling more product and had lower operational costs than its traditional restaurants, said Saint-Just.

Pre-pandemic, SoftBank-backed Reef had 50 kitchens, and today it has more than 300 locations, Saint-Just said. He added the total is the equivalent of 1,000 franchise locations.

And while restaurant companies like Inspire and Wendy's are opening physical kitchens, others have launched virtual brands that operate out of their own existing kitchens, including Denny's Burger Den and Chili's It's Just Wings. The concepts boost sales while leaning on spaces that have already been built out and paid for.

Thousands of EE’s most loyal customers to be slapped by 2.4% rise next month 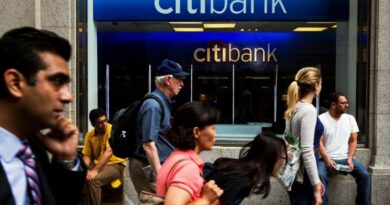 Buchwald Signs The Scholarly Film Company As Agency Bolsters IP Division; ‘How To Rig An Election’ Series Among First Projects