Home » Business » Jane Fraser Has to Fix Citigroup. It Will Be a Tough Job. 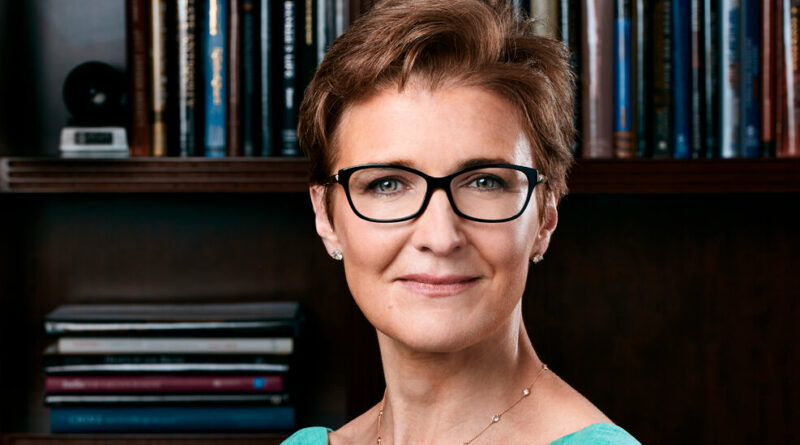 On Jane Fraser’s desk at Citigroup’s downtown Manhattan headquarters sits a map of Puerto Rico made from trees downed by Hurricane Maria, which devastated the island in 2017. For Ms. Fraser, the incoming chief executive of Citi, the memento is a reminder of her mission: to restore order in the midst of chaos.

When Maria hit Puerto Rico, downing power lines and flooding the territory, Citi’s San Juan branch was forced to close. As head of the bank’s Latin America business, Ms. Fraser oversaw efforts to provide bank employees with generators, solar cellphone chargers, portable septic systems, water and other basic necessities at lightning speed, allowing them to reopen the branch a week after the storm.

“We were the only bank that was up and running,” she said in an interview. That allowed companies like Shell, Walmart and other big Citi clients to restart operations as well. The map was a thank-you gift from the bank’s Puerto Rico employees.

“We don’t leave a country when it’s in really bad shape,” Ms. Fraser said. In fact, she said, turmoil in a country makes the bank’s purpose there clearer. “We can really make a difference.”

Ms. Fraser learned this as she steered the bank through economic crises in Venezuela and Argentina and worked to clean up its Mexican subsidiary, which was reeling from a money-laundering scandal when she took over the Latin America region in 2015.

Her skills, attitude and global perspective will come in handy as she turns her attention to what could be one of the biggest cleanup jobs of her career: Citigroup itself.

In March, she will take the chief executive reins from Michael Corbat. It is a major turnaround job. Ever since the 2008 financial crisis, when Citi required a $45 billion government bailout and had to split itself into separate operating units to survive, the sprawling institution has been limping along in third place among the four biggest U.S. banks, underwhelming its investors and irritating regulators, who in October imposed a wide-ranging directive to get itself in shape. Citi also agreed to pay a $400 million fine.

The bank had longstanding problems, regulators said — from failing to catch money launderers to ineffective risk management. Citi’s other mistakes included failing to tell minority customers seeking mortgages that they were eligible for lower interest rates if they had other business with the bank. It spent $24 million in 2019 compensating customers to remedy that.

Regulators also found that the bank had, for at least six years, failed to follow a federal law requiring that lenders ensure owners of buildings vulnerable to flooding had insurance if the buildings were used as collateral. Just before regulators acted in October, Citi accidentally wired $900 million to the wrong people — an embarrassing scandal that landed it in court.

The bank, with $2.3 trillion in assets, continues to be profitable. In January, Citi reported a profit of $4.6 billion on revenue of $16.5 billion. But both its revenue and its earnings were lower than a year earlier, as credit card users reduced their activity. Its share price has languished, falling roughly 20 percent in the past year, while a broader index of banking stocks, the KBW Nasdaq Bank Index, has remained flat.

Ms. Fraser, whose appointment to the top job was announced in October, will become the first woman to run an American megabank. She was named president in October 2019, a title that put her in line to take over from Mr. Corbat.

The bank has already committed to spending significant sums on revamping its systems; making its global operations more uniform; retraining employees; and investing in new technology to try to compete with online competitors such as Rocket Mortgage and PayPal that make loans and provide payment services to without relying on traditional industry players.

Ms. Fraser said she will continue those changes. She is also shuffling senior executives within the bank, moving some longtime leaders into “chairman” or “vice chair” roles that are generally less involved in day-to-day operations and promoting others to oversee large parts of the bank’s business. 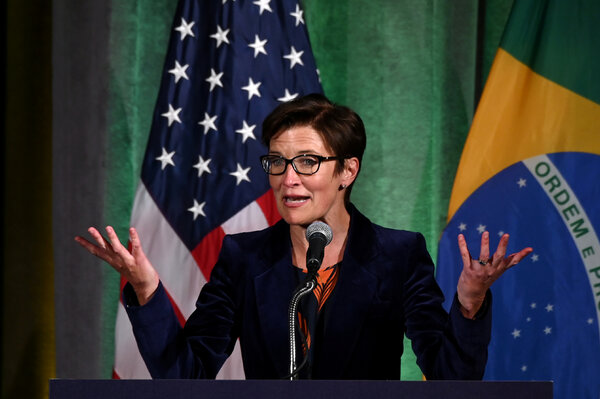 Ms. Fraser is taking the reins as Democratic lawmakers are gearing up to hit big companies hard over racial inequality, global warming and the yawning gap in pay between C.E.O.s and workers. Some of those issues have been exacerbated by the pandemic.

Although she didn’t delve into details about how her bank would tackle these issues, Ms. Fraser indicated that she would take a more global approach to addressing Citi’s challenges, in keeping with her background and overseas work experience.

Born in Scotland, Ms. Fraser, 53, got her start in finance in the 1990s, working at Goldman Sachs in London at the age of 20 before attending Harvard Business School. She joined Citi in 2004, working her way up through several of the bank’s biggest divisions and developing the kind of well-rounded experience that is looked for in C.E.O.s.

She is keen to apply lessons learned in other countries to challenges facing the U.S. For instance, Ms. Fraser sees an opportunity to introduce banking services to more people in the United States by implementing certain programs that Citi has successfully run in Mexico, India and China. In Mexico, Citi started a system that allows people to transfer money using QR codes scanned by smartphones; anyone sending or receiving less than $400 can use it for free. Digital payments systems can increase financial inclusion by allowing people without bank accounts to send and receive money.

Ms. Fraser also plans to continue a collaboration with Google, started by Mr. Corbat, in which the internet giant offers low-cost bank accounts and payment services using Citi’s plumbing. She said it could be a way to bring poor Americans into the banking system and keep them away from predatory businesses like check-cashing shops and payday lenders.

Ms. Fraser, who will be the first woman to lead a major American bank, is well aware that she is making history. And she will have to navigate the widespread perception — backed by research — that women in top corporate roles are more often given cleanup jobs, especially given Citi’s problems.

Catherine Tinsley, a professor of management at Georgetown University’s McDonough School of Business, said researchers had found that corporate boards were more likely to appoint women to positions of power — as leaders or to positions on boards — if their companies were struggling.

“If they are usually more likely to be given a try when a company’s in trouble, then it makes their positions more precarious,” Ms. Tinsley said. For instance, Ginni Rometty was handed what many on Wall Street agreed was a tough turnaround assignment when she became C.E.O. of IBM in 2012. And when Mary T. Barra was put in charge of General Motors, becoming the first woman to lead one of the major U.S. automakers, she was tasked with righting its course four years after it had declared bankruptcy.

Ms. Fraser said her gender should not matter. Her management style is centered on empathy and is not much different from her predecessor’s, she said.

“When you get the job you don’t think of this in terms of: ‘OK, I’m a woman getting a job,’” she said. “You think about: What is it that the company needs today? What needs to be the same? I certainly have a different style, but I don’t think it’s necessarily so much gender-related.” 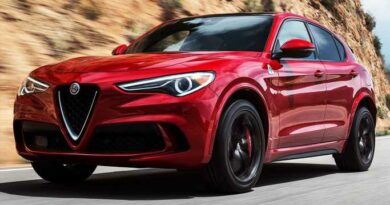