Home » Business » Jeff Bezos hired this former Amazon employee 'on the spot'—after asking only 2 interview questions. Here's how she answered

People always want to know how I got Jeff Bezos to take a chance and hire me to work directly for him at Amazon in 2002.

Initially, I hadn't thought about applying to Amazon. Growing up in Redmond, Washington, most of my friends' parents were tech executives, and while they made good money, their lives didn't look particularly fun to me. But many of my classmates were graduating without job offers, so I felt as if I should explore all options.

I submitted my resume to Amazon without much thought. To my surprise, I was called in for a first-round interview for a junior assistant role. I had no connections at the company, no computer science degree, and absolutely no experience working for a CEO.

My job interview experience at Amazon

My initial interviews at Amazon were dizzying in volume and pace. I had back-to-back interviews with all of the senior assistants, some of them lasting all day.

One interview took place in a dark office with just the glow of a code-filled monitor and a weird multicolored rotating nightlight in the corner. But I had known enough tech people in my life and was used to the awkward settings. I just chalked up the encounter to one of those personalities uniquely suited for the tech world and was unfazed by it.

A few months later, after not hearing back and beginning to lose all hope, the phone rang: an Amazon recruiter asked me to come back for a final interview. She apologized for the long, drawn-out process and promised me that this would be the last one.

What she didn't tell me was that it would be with Bezos himself.

I felt relaxed going into the interview that October morning. I was patiently sitting in a conference room chair when the door opened and in walked Bezos. He sat down across from me and introduced himself.

Bezos started the interview by promising that he was only going to ask two questions, and that the first one would be a "fun" brainteaser.

I took a deep breath as he stood up and uncapped a pen at the whiteboard wall. "I'll do the math," he said. "I want you to estimate the number of panes of glass in the city of Seattle."

I was momentarily terrified.

Then I paused to calm down, reminding myself to think about his motivation for asking me that question. He wants to see the way my mind works, I told myself. He wants to see me break down a complicated problem into small, manageable steps. I can do that.

I outlined how I would start with the number of people in Seattle, which I thankfully correctly guessed as around one million, just to make the math easier. Then I said that they would each have a home, a mode of transportation, and an office or school — all of which would have windows. So I suggested that we base the estimate on averages of those.

And then we did the math.

We got down into every possible scenario, group, anomaly and ways to account for these exceptions. It felt like I talked it through for hours while Bezos filled the whiteboard with numbers. (I'm sure it actually took more like 10 minutes.)

I remember feeling a thrill when he wrote down the final estimate. He circled it. "That looks about right," he said.

He then asked me the second question: "What are your career goals?"

I told him that Amazon had proven to be a company full of ambitious and passionate people. I wanted to be like them and learn what they knew. Their strengths were in the areas I personally wanted to develop, so the value of the experience was obvious, even though it felt like a diversion from my goal of being a professor.

I explained that I had no idea how to be an assistant, but that I knew the importance of being consistently outside of my comfort zone. I wanted to jump into an astronomical learning and growth curve.

Knowing Bezos as well as I do now, I see why those were his only two questions. He was measuring my potential by asking questions that would explore if I had the grit, courage and motivation to run at his pace and be brave enough to consistently jump with him and level up.

By the end of the interview, we both knew I would do anything to be successful, despite being a very junior candidate.

And then I was done. Exhausted, exhilarated, done.

Bezos ended up hired me on the spot. He gave me the open desk just three feet away from his own. It was the closest desk to him at the company.

Grit, ambition and energy is more valuable than a specific skill set

It took years for me to fully understand why Bezos took a chance on me and gave me that big break. He exclusively surrounded himself with people he had to hold back, not push forward. He created teams of people so ambitious, creative and determined that they made up for any expertise they lacked.

In that kind of environment, Bezos would only have to use his energy as a leader to channel our energy, rather than trying to pull it out of us.

I learned that the key to Bezos and Amazon's early success was this tireless pursuit of the exceptional.

Ever since that early hiring experience, I have always aimed to be the person who needs to be held back, not pushed forward. I have sought out teams that would challenge, support and inspire me to do things far beyond my current abilities, and that has led to more satisfaction in my work life than anything else.

Ann Hiatt is a Silicon Valley veteran with 15 years of experience working as an Executive Business Partner for Jeff Bezos, Marissa Mayer and Eric Schmidt. Ann left Google in 2018, after 12 years at company, and recently founded a consulting company with CEO clients across the globe where she applies the lessons of innovation, ambition, growth-at-scale and forward-thinking leadership she learning at Amazon and Google. She is also the author of "Bet on Yourself: Recognize, Own, and Implement Breakthrough Opportunities." Follow her on Twitter @annrhiatt.

This is an adapted excerpt from "Bet on Yourself" by Ann Hiatt. Copyright © 2021 by Ann Hiatt. Used by permission of HarperCollins Leadership. 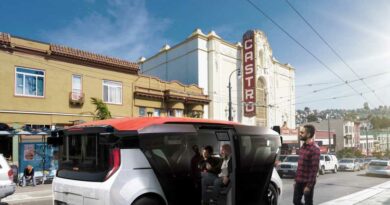