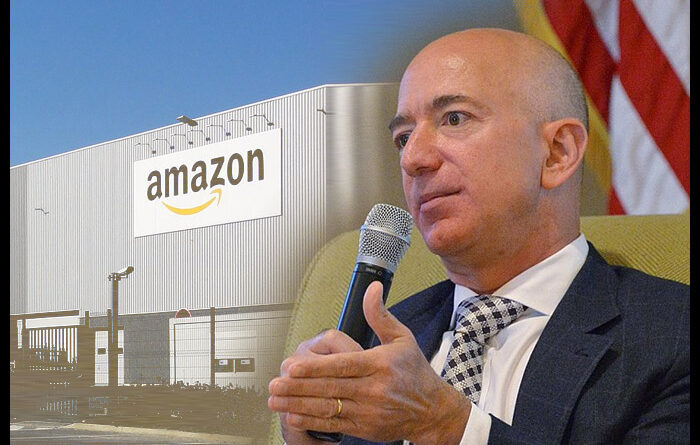 Jeff Bezos on Monday, July 5, stepped down as the Chief Executive Officer of Amazon.com Inc. (AMZN), the tech company which he founded exactly 27 year ago from his garage in Bellevue, Washington.

He has handed over the reins of the company to Andy Jassy, after transforming the company from an online book seller to a $1.77 trillion technology company.

Bezos had founded Amazon on July 5, 1994 as an online marketplace for books but later expanded it to sell electronics, software, video games, apparel, furniture, food, toys, jewelry and almost everything else.

He successfully transformed the book seller to a multinational technology company, which focuses on e-commerce, cloud computing, digital streaming, and artificial intelligence. It is one of the Big Five companies in the U.S. information technology industry, along with Google, Apple, Microsoft, and Facebook.

In February, Bezos had announced his decision to step down from his role and transition to executive chair of the company. He announced Jassy, who led Amazon Web Services, as his successor.

Bezos had revealed that he wanted to spend more time on his other ventures, including the Washington Post, space company Blue Origin and philanthropy. As part of his interest in space exploration, Jeff and his brother Mark Bezos are set to embark on a space tour on July 20 aboard the New Shepard, a spaceship designed by Blue Origin.

Amazon also made him the richest person in the world. According to Forbes magazine, he is worth nearly $202 billion. His fortune has soared over $196 billion since 1998, when he first appeared on its list of richest Americans.

Although he has stepped down from the top position in Amazon, Bezos will hold big sway in the company’s future, as being its biggest shareholder, his role as Chairman of the board, and also being a long-time mentor of Jassy.

Bezos’ transition comes at a crucial point for the company, despite the online retail giant cashing in on the pandemic, during which people did not have a choice but to buy things online as physical stores remained shuttered. The company’s cloud service AWS is also one of its fast growing business. However, the company has been marred severe criticism from politicians and regulators over its practices including technological surveillance overreach, a hyper-competitive and demanding work culture, tax avoidance, and anti-competitive behavior.

The Congress and the FTC are investigating Amazon’s treatment of third-party sellers, while FTC is also reviewing Amazon’s $8.45 billion proposed acquisition of movie studio MGM.

Amazon Considers Relocating Some Employees Out of Seattle