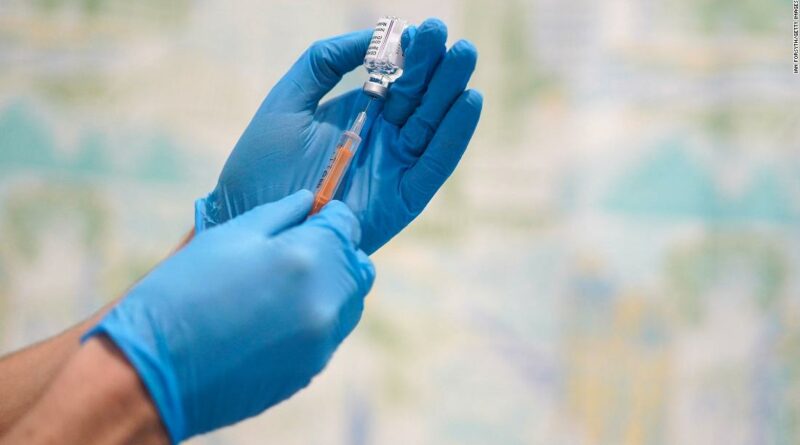 London (CNN Business)The European Union has been locked in a very public and acrimonious fight with AstraZeneca over vaccine delays.

The temperature may have cooled slightly after a meeting late Wednesday, which both sides said was constructive, but the problem hasn’t been fixed yet and the stakes for EU countries are high.
These are the battle lines: AstraZeneca says it can’t deliver as many doses as the European Union expected. The European Commission, which ordered the vaccine on behalf of EU member states, says this is unacceptable, and the drugmaker must find a way to increase supply.

The dispute is playing out against a dire backdrop. EU countries including Germany are running low on vaccines, the death toll is mounting, and the slow rollout of shots across the bloc is threatening a very fragile economic recovery from the pandemic.

Tensions eased after Wednesday’s meeting between AstraZeneca and EU officials. EU Health Commissioner Stella Kyriakides said the discussion with AstraZeneca (AZN) CEO Pascal Soriot had a “constructive tone,” but she requested more information from the company on its deliveries.
“We regret the continued lack of clarity on the delivery schedule and request a clear plan from AstraZeneca for the fast delivery of the quantity of vaccines that we reserved for [the first quarter],” she said on Twitter. 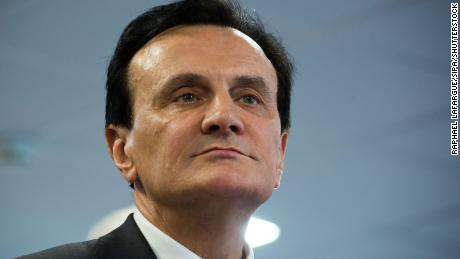 The British-Swedish company committed to closer coordination following the meeting.
“We had a constructive and open conversation about the complexities of scaling up production of our vaccine, and the challenges we have encountered. We have committed to even closer coordination to jointly chart a path for the delivery of our vaccine over the coming months,” a spokesperson said.

The dispute began on Monday when EU officials said they had been told by AstraZeneca that production problems meant the company would supply “considerably fewer” doses in the coming weeks than had been agreed.
The European Commission has ordered 400 million doses on behalf of EU member states and is poised to start rolling them out across the bloc once the vaccine is approved, possibly this week.
“Pharmaceutical companies and vaccine developers have moral, societal and contractual responsibilities which they need to uphold,” Kyriakides told reporters on Wednesday. “The view that the company is not obliged to deliver [vaccines] … is neither correct nor acceptable.” 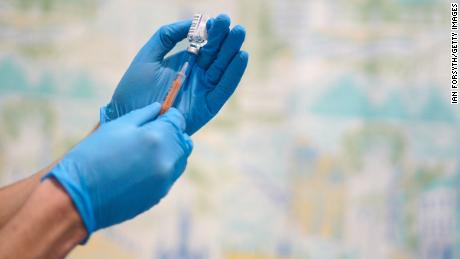 EU officials have declined to specify the scale of the AstraZeneca vaccine shortfall, and the company hasn’t given details. But the shock development came as the European Commission was still trying to assess the impact of Pfizer (PFE) slowing EU deliveries of the vaccine it developed with BioNTech while a manufacturing facility was upgraded.

What does AstraZeneca say?

Soriot told the Italian newspaper la Repubblica on Tuesday that AstraZeneca was not able to guarantee the timing of EU deliveries because countries such as the United Kingdom were quicker to finalize orders. There are also crucial differences in the EU and UK vaccine contracts.
“The contract with the UK was signed first and the UK, of course, said ‘you supply us first,’ and this is fair enough,” Soriot said. Three months later, when the European Union wanted to be supplied “more or less at the same time” as the United Kingdom, AstraZeneca was not able to make that commitment.
“Our contract [with the European Union] is not a contractual commitment. It’s a best effort. Basically we said we’re going to try our best, but we can’t guarantee we’re going to succeed. In fact, getting there, we are a little bit delayed,” he said. 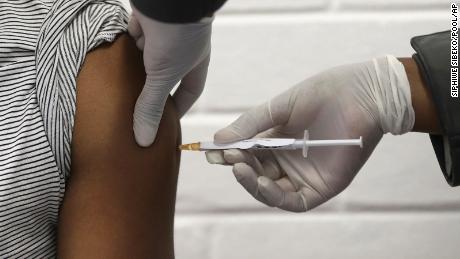 The European Union has acknowledged it signed a “best effort” agreement with AstraZeneca.
It’s not clear whether EU officials have any more cards to play regarding the contract dispute. One EU diplomat noted that the European Union has been quick to start legal proceedings in the past, and would be instructing lawyers now if it believed AstraZeneca had breached its contract.

Soriot acknowledged in the interview that his company had experienced problems at one large manufacturing facility in Europe. He said the early phase of vaccine production is often “complicated,” and the company is “basically two months behind” where it wanted to be.
“Would I like to do better? Of course. But, you know, if we deliver in February what we are planning to deliver, it’s not a small volume,” said Soriot. “We are planning to deliver millions of doses to Europe, it is not small.”
Belgian authorities conducted an “inspection” of AstraZeneca’s production facility in the country this week.
The goal of the inspection, which was requested by the European Commission, was “to ensure that the delay in the delivery of the vaccines is indeed due to a production problem at the Belgian site,” said a spokesperson for Belgian Health Minister Frank Vandenbroucke.
AstraZeneca says it has built more than a dozen regional supply chains to produce its vaccine, collaborating with over 20 partners in more than 15 countries.
“Each supply chain was developed with input and investment from specific countries or international organizations based on the supply agreements, including our agreement with the European Commission,” it said.
The European Union suggested on Wednesday that doses produced at AstraZeneca’s plants in the United Kingdom should be used to fulfill its order. AstraZeneca says this can only happen once UK supplies have been delivered.
“As soon as we have reached a sufficient number of vaccinations in the UK, we will be able to use that site to help Europe as well,” said Soriot.

Why are tensions so high?

The pandemic is still rampaging across Europe, and many countries are being criticized for slow vaccine rollouts.
Germany marked one year since the virus arrived on Wednesday, with the country showing no signs of reduced infections. Earlier this week, Portugal reported a record number of daily deaths in 24 hours. Strict lockdowns are in force in countries around the bloc.
Meanwhile, vaccine supplies in Europe are running desperately low.
The German government expects the country to face shortages in its supply of doses for at least another 10 weeks, Health Minister Jens Spahn said. The country has vaccinated only around 2% of the its population.
Germany’s vaccine commission recommended on Thursday that the AstraZeneca vaccine not be given to people older than 65, citing a lack of data on its effectiveness in the age group, further complicating distribution plans in Europe’s largest economy.
The situation is also dire in parts of Spain. The regional government of Madrid has decided to stop administering first doses of vaccines for the next two weeks due to growing uncertainty over the supply situation.
“We need more doses urgently,” said regional vice president Ignacio Aguado.
The European Union and national governments are coming under huge pressure as a result.

“We are in a pandemic. We lose people everyday. These are not numbers, they are not statistics, these are persons, with families, with friends and colleagues,” said Kyriakides.
— Luke McGee, Niamh Kennedy, Claudia Otto and James Frater contributed reporting.
Source: Read Full Article

This gym is actually opening studios during the pandemic

Warren has plans for most things – including beating Trump