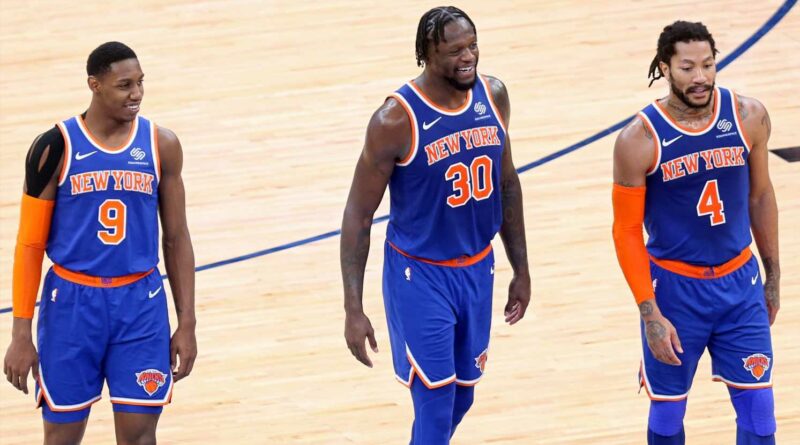 It was essentially a formality, but the New York Knicks had reason to celebrate Monday when they clinched their first winning season in eight years.

Julius Randle scored 28 points and Derrick Rose had a season-high 25 to lead the Knicks to a 118-104 win over the Memphis Grizzlies. At 37-28, the Knicks are assured of finishing above .500 for the first time since 2012-13. That was the last season the Knicks made the playoffs, and they are poised to break that drought as well.

"You gotta bring the energy and the commitment to win, and so I thought our guys were excellent in terms of preparation," Knicks coach Tom Thibodeau said. "We built a lead in the third, struggled a little in the fourth, but found a way to win. Whatever we have to do to get the win, it's hard to win on the road."

🌹 @drose puts up a season-high 25 off the @nyknicks bench! pic.twitter.com/nSzykxQPAS

The Knicks have won 12 of 13 and maintained their hold on fourth place in the Eastern Conference. They lead the Atlanta Hawks by 1½ games with seven left to play in the regular season.

"It's super cool," Rose said. "Just to be on a winning team. We're doing something quite unique here, playing with a sense of urgency. After the first half, we're able to adjust. We're reading the game."

It will be a challenge for the Knicks to keep the fourth seed. They have the third-toughest schedule remaining, according to tankathon.com, while the Hawks have one of the easiest in the league. Randle is confident New York can hold on.

"It's really good," Randle said. The Knicks just "need to keep doing it to get better."