Home » Landlords retreat from market – but so do first home buyers: mortgage adviser survey out 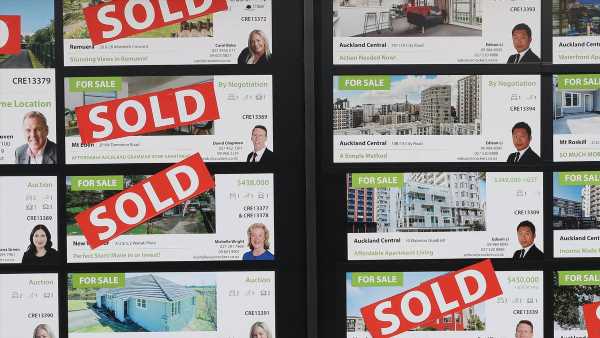 Landlords are showing reluctance to buy further houses but so are first-home buyers, according to a survey of mortgage specialists.

Tony Alexander’s mortgage advisers’ survey out today found that the government reforms announced last month to try to stop investors from buying more properties are having exactly the intended result on investors.

But for first-home buyers, it’s another story.

Mortgage advisers report fewer landlords asking about funds. But first-home buyers, expected to fill the landlords’ gap, are not doing what was expected so far.

“There has been a further reduction in the presence of investors in the market, but first-home buyers have also stepped back,” he said.

A general air of waiting to see what would happen in the market was now prevalent, according to the survey, which had 68 respondents.

“Only one of our 68 respondents this month reported seeing more investors, 54 said fewer, 12 said nothing had changed, and one had no view,” the survey found.

“For the third month in a row our survey has revealed a net negative proportion of mortgage advisors reporting that they are seeing fewer investors. In February the outcome was -5 per cent, March -46 per cent, and this month -78 per cent,” Alexander said.

“This will be exactly the result desired by the Government through its continuing string of policy changes aimed explicitly at dampening investor demand for existing properties,” he said.

But first-home buyers are showing more uncertainty too.

“A net 13 per cent of mortgage advisors report that they are seeing less business coming through the door from first-home buyers. This result is the weakest on record, but it is also a continuation of the easing trend which was underway from February, before the policy announcements,” Alexander said.

The negative result suggests that we can start to answer the question of whether first-home buyers are responding to the increasing crackdown on investors by moving in to take advantage of the situation.

“Not really as yet, especially as a trend over recent years has been for first-home buyers to “reinvest” – purchase an investment property to rent out in anticipation of a capital gain which will deliver a good deposit for an eventual home to live in themselves.

“These young buyers have had this path all but denied to them now by the rule changes, and in fact they may be more negatively affected by extension of the brightline test to 10 years than any other grouping of investors,” Alexander said.

When there is a generalised cooling in the New Zealand housing market and access to property becomes easier for those still looking to buy, first-home buyers tend not to retain the same or greater presence.

But fear stops them.

“They become concerned about the risk of falling prices, and, for those with small deposits, the risk of negative equity,” he said.

One Auckland mortgage adviser said: “Noticeable dropoff in enquiry. Seems like the rule changes have not just affected the investor market but also killed the FOMO that was driving the recent bull run for all buyers. Hoping that it levels out and the owner-occupiers bounce back once the market has settled.”

Another Auckland adviser wrote: “Still a lot of buyers out there – first homers finding less competition at auction and more buying post-auction with conditional offers, definitely seeing more properties passing in at auction but market is still as active for first-home buyers.”

On interest rate risk management, only 39 per cent of advisors now see people preferring the one-year term. That proportion four months ago was 89 per cent.

There is no trend change in mortgage adviser perceptions of bank willingness to advance funds, with that trend change being towards slight improvement each month.

“A gross 39 per cent of mortgage advisers say that the term most preferred by their clients is one year. This is the lowest proportion since our survey started in June and down from 49 per cent last month and 73 per cent in February,” Alexander said.

First-home buyers will get extra help and incomes caps were raised to encourage more people to buy.

The brightline text was extended to 10 years, meaning investors must pay their full tax rate of properties they bought and sold within a decade.