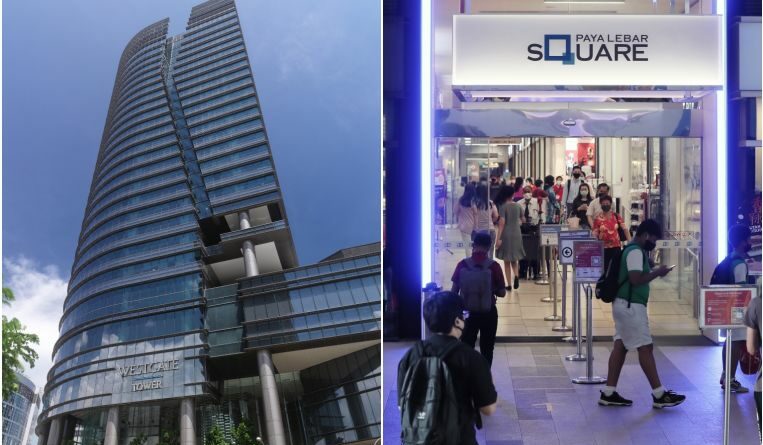 SINGAPORE (THE BUSINESS TIMES) – Property player Low Keng Huat has entered agreements to sell its interests in Westgate Tower for S$97.1 million, while buying the remaining 45 per cent of Paya Lebar Square that it does not already own for S$90.5 million.

Low Keng Huat hopes to focus on retail instead of commercial office developments, as it has more experience in managing the former, the mainboard-listed company said in a Friday bourse filing after trading hours.

“Accordingly, the proposed transactions are suitable opportunities for the company to streamline its property investment business by divesting its commercial office developments and expanding and focusing on retail developments instead,” it said. The purchase and sale prices are subject to adjustments.

The buyer of the Westgate Tower stake and seller of the Paya Lebar Square shares are Sun Venture Homes (SVH) and Sun Venture Realty (SVR) respectively. They are joint venture partners of Low Keng Huat in both properties.

The sale price for the Westgate Tower interests represents an excess of S$14.33 million over the net book value of the relevant sale shares. It also includes shareholders’ loans of an aggregate amount of S$80.5 million owing to Low Keng Huat.

For the financial year ended January, the net loss attributable to PLSPL was S$1.4 million. Its book value and net tangible asset value stood at S$39.8 million as at end-January.

The S$90.5 million purchase price for the PLSPL stake includes a shareholder’s loan of S$47.6 million owing to SVR.

Low Keng Huat said that the proposed transactions are in line with its capital recycling strategy to deliver a divestment gain and reallocate resources to new properties such as Paya Lebar Square. Its other property investments include BT Centre at 207 Balestier Road and the retail podium of [email protected] at 2 Perumal Road.

In line with its shift away from office properties, the company had also entered into options to purchase on April 20 with unrelated third parties to dispose of four office units at Paya Lebar Square. The completion for these disposals is scheduled to take place on or about June 29.

Airbnb to confidentially file for IPO in August: WSJ

Direct tax shortfall likely to be at 20-year high