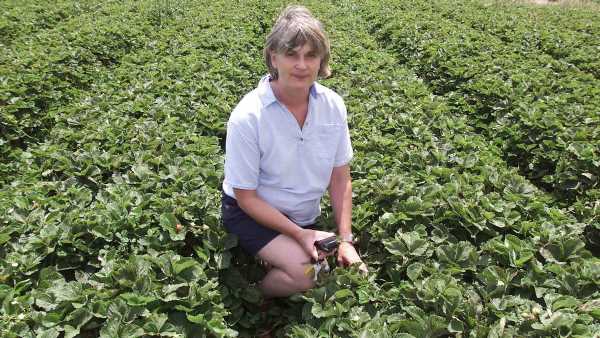 Francie Perry, a stalwart of New Zealand horticulture and an outspoken critic of the Government’s inflexible Covid-19 border policy for foreign workers, is throwing in the towel after 40 years of strawberry growing.

Perrys Berrys is among the largest berry growers in the country and appears to be the first major operator to fall victim to a harvest season hampered by a shortage of thousands of workers.

Contacted by The Herald, Perry, aged 71, declined to comment. In recent months she has told both customers and suppliers that Perrys Berrys, the strawberry growing company she founded and owns jointly with daughter Katie Perich, will not plant another crop.

Both Perry’s daughter and son-in-law, Grant Perich, have been involved in the Wiri, South Auckland-based operation for 20 years. Industry insiders say the family is considering some continued business assisting other horticulturists, to make use of assets like worker accommodation.

Mike Chapman, chief executive of Horticulture New Zealand, described Perry’s decision as “a big loss” and said he expects others will follow.

“Horticulture is in the midst of a very tough season and the big difficulty is labour,” he said. “The price of labour is very high and there isn’t enough. It’s very hard on growers. They’ll grit their teeth, some will go, some will survive, but another season like this is too hard to contemplate, more and more will go.”

Mick Ahern, executive manager of Strawberry Growers NZ, said labour shortages are hugely stressful for growers: “if you can’t get the labour force, production suffers, there’s high sales pressure, you can’t get round your plants like you need to every day. For three months [the harvest period] it’s a greasy pole of torture. These growers are in it with their families, in the thick of it, by the time they get to Christmas they’re knackered.”

He warned that it’s too early to predict whether New Zealand will suffer a strawberry shortage in the coming season.

New Zealand horticulture typically relies heavily on foreign workers for field and orchard work, a core of whom arrive under the Recognised Seasonal Employer (RSE) scheme from Pacific Island countries.

Through last year’s berry harvest – September to December – Perry vocally pressed the Government to urgently allow new RSE workers into the country to help bring off crops. Before Covid hit, Immigration NZ anticipated a total of 14,500 RSE workers this season; it said that last September, when harvesting began, that fewer than half that number were in the country – some 7000 such workers, stranded from the previous season.

Ministers, however, asked businesses like Perrys to hire New Zealanders to meet their labour needs. Then, on November 27, just as berry farms hit their peak picking season in the run-up to Christmas, Immigration Minister Kris Faafoi announced a border exception would be made for up to 2000 RSE workers to arrive, starting in January 2021.

The move came too late to help early crops like strawberries, and Chapman said it falls well short of the 5000 to 10,000 new RSE workers that his group advised were needed this season.

Backpackers, another traditional source of seasonal labour, are also very scarce. And Chapman said New Zealanders have been difficult to attract to the work in sufficiently large numbers, and some growers say their productivity, especially for physically taxing outside work, is sometimes low. “We’re in apple season now, Kiwis have started and it’s clear we’ve got a huge unmet staffing need,” he said.

A major frustration is that the Government has kept foreign worker numbers low because of very limited space in Managed Isolation facilities.

However RSE workers hail from the overwhelmingly Covid-free Pacific Islands, and many growers, including Francie Perry, were prepared to isolate workers in their own facilities. The Government, however, refused to pursue that option.

No plan for next season

Immigration NZ has not indicated how many RSE workers will be allowed to travel to New Zealand for the upcoming 2021-22 season, an especially pressing question for businesses that plant annually including vegetable and strawberry growers (strawberry planting begins next month).

Immigration Minister Faafoi said discussions with horticulture and wine industry representatives over labour needs for next season “include how the sector is working to attract, train and retain domestic workers for future seasons”.

“The Government remains committed to the Recognised Seasonal Employer scheme but, while the current Covid border restrictions remain necessary, it is not possible to put a number on if or how many RSE workers will be able to come into New Zealand for the 2021/2022 season.”

Faafoi indicated that, once the Government deems Covid border and MIQ restrictions are no longer needed, RSE numbers can return to normal.

Horticulture businesses rely heavily on minimum-wage workers. That wage is set to rise to $20 an hour on April 1 (the wage will have risen 25 per cent since April 1, 2018), and the Government stipulated a $22.10 minimum wage for this year’s new RSE workers.

Growers who bring in RSE workers are also on the hook for an estimated additional $8000 per worker this year, including charter flights in many instances, MIQ costs, and pay during the mandated 14-day isolation period.

Another large strawberry grower, Phil Greig of Phil Greig Strawberry Gardens, said rising payroll costs are his biggest headache (he doesn’t use RSE workers). The steep rise in the minimum wage had been especially tough, he said.

Labour problems are also hitting apple and pear growers. Their exports this year are expected to be 14 per cent down from 2020 – a cut of $95-$100 million, industry body NZ Apples and Pears said yesterday.

In January, the industry had expected the national harvest to be down by 5 per cent, and exports down by 7 per cent. But “as we near peak harvest, it has become increasingly clear that we will not achieve those initial forecasts”, said the organisation’s chief executive Alan Pollard.

“Labour availability on orchards and in our post-harvest operations is well short of numbers needed by the industry despite doing all we can to attract New Zealanders into work.” The crop had also been hit by hail in Nelson and Central Otago.

Global shares rise, buoyed by relief after UK travel rules were eased, while Trump signals he may not sign off on $900 billion stimulus bill