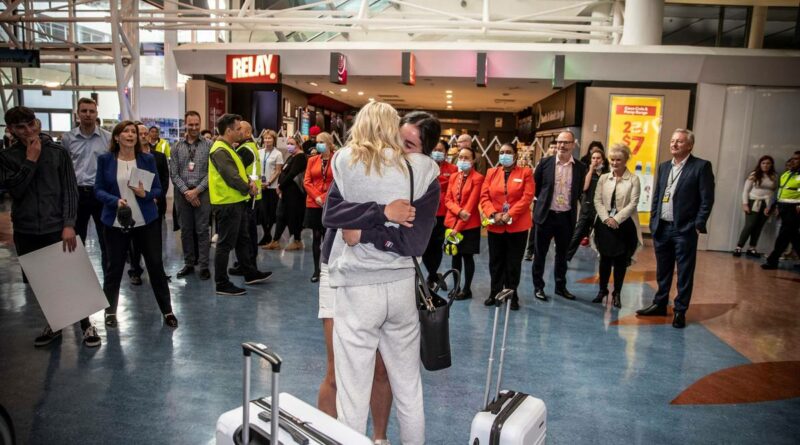 Auckland International Airport took a hike on the first day of the transtasman travel bubble, and a new takeover offer for Tilt Renewables also added some spice to the New Zealand sharemarket.

Greg Smith, head of research with Fat Prophets, said the market started the week in a positive frame of mind.

“It began with a hiss and a roar on the initial enthusiasm of the Wall Street performance on Friday and the onset of the travel bubble. Merger and acquisition activity such as Tilt also helps fuel confidence.

“The US corporate earnings season will be closely watched this week and will be a key for the market direction. But generally a lot of economies are going along pretty well, including China and the US,” said Smith.

Smith said the transtasman bubble will certainly benefit Auckland International Airport and Air New Zealand. They can get staff back and lift capacity significantly – the airport has been like a ghost town.

“The airport raised enough cash to get through to December this year, and that looks about right. It may not be fully open by then but they could add more routes and countries. There will be a lot of international interest in the travel bubble and could be a blueprint for others,” Smith said.

Wind farm specialist Tilt Renewables rose 38c or 5 per cent to $7.98 after receiving a new takeover bid from Powering Australian Renewables and Mercury NZ at $8.10 a share, up from $7.80.

The new deal is valued at $3.07 billion and majority shareholder Infratil would receive $2b. Tilt has agreed not to progress any competing proposal that may be presented. Infratil’s share price slipped 1c to $7, and Mercury gained 3c to $6.82.

Under the deal, Powering Australian will buy all the shares in Tilt and take over its Australian operations. Mercury will purchase Tilt’s New Zealand wind farms for $797m (previously $770m) by selling its 19.9 per cent stake to Powering and using debt of $189m.

Industrial rubber products manufacturer Skellerup Holdings upgraded its full-year net profit forecast for the second time following stronger than expected third quarter sales, especially in the United States. But its share price closed 4c down to $4.31, after reaching a high of $4.45 during the day. Profit for its 2021 financial year is now expected to be $37m-$39m, up from $33m-$37m, compared with the previous year’s $29.1m.

Meridian Energy, which along with Contact rose solidly last week, lost some ground, falling 16c or 2.64 per cent to $5.89; while Genesis was up 5c to $3.40. Retirement village operators Summerset Group Holdings increased 10c to $12, and Ryman Healthcare was down 12c to $14.35.

Kiwifruit grower and packer Seeka gained 5c to $5.05 after telling the market that nearly 100 per cent of its shareholders supported the $59m purchase of Opotiki Packing and Cool Storage.

Cavalier Corporation’s Bremworth carpet-making business has received a $1.9m grant from the Ministry for Primary Industries for its three-year research and development of natural and green chemistry-based alternatives to the few remaining synthetic components of woollen carpet. Cavalier’s share price increased 0.005c to 36.5c.

It’s understood transtasman chemicals company DGL Group, with nearly $200m in revenue, is planning to list on the NZX and ASX next month with a $100m initial public offer. DGL’s sole shareholder Simon Henry would retain 60-66 per cent of the company, which has a throughput of one million tonnes of chemicals a year. Two more listings are most likely – banker Westpac NZ and telecommunications operator 2degrees.

Exports fall in June, 2nd time in one year

Fortnite Maker Wants to Sell More Games, and Build a Platform to Do It