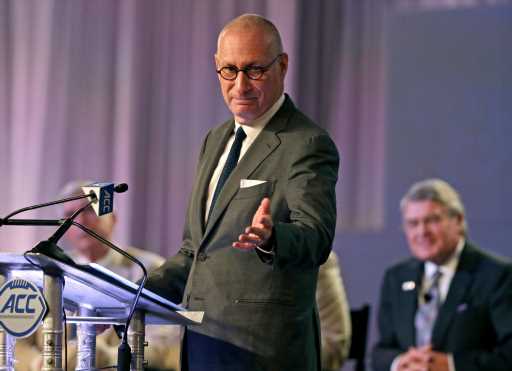 The Series A funding will go toward building Meadowlark’s pipeline and helping it staff up in content and business development, according to a press release. While the company is at an early stage, it aims to take advantage of surging demand for programming. Emerging areas like podcasting and streaming have scaled dramatically in recent years, though there are still plenty of opportunities in more traditional sectors.

Skipper, who spent nearly three decades at ESPN, including a stint as president, co-founded Meadowlark with former colleague Dan Le Batard, who left ESPN at the start of 2021.

Meadowlark’s initial focus will be on sports-themed projects but it has broader ambitions. In recent weeks, it has announced a podcast starring Hank Azaria reprising his title role from the IFC series Brockmire, whose series finale aired in 2020. Azaria and Brockmire producer Sheena Datt are producing The Jim Brockmire Podcast, which will launch April 7 on the Le Batard & Friends Network.

The company has also enlisted The Atlantic‘s Jemele Hill (another ESPN alum) and prolific TV writer-producer Michael Shur as creative advisers. Laura Albero and Bimal Kapadia have been named CFO and COO, respectively.

“With the intense competition to retain audiences at established media and to attract customers to new streaming services, we and our investors see an exciting opportunity for Meadowlark,” Skipper said, “to work with the industry’s best storytellers to add the highest quality sports-focused original programming to their existing entertainment offerings.”

Physician burnout is costing US $4.6 billion every year, study claims