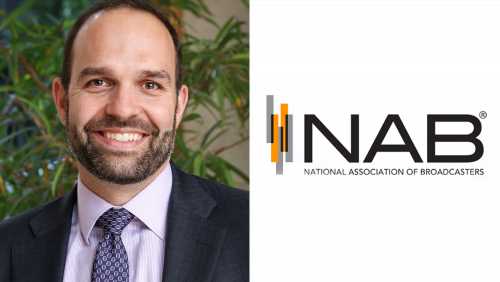 The National Association of Broadcasters is ushering in a new era, with former exec Curtis LeGeyt replacing former Oregon Sen. Gordon Smith as president and CEO.

Smith, who served two terms as a Republican in the Senate, had guided the major lobbying organization for 12 years. He has shifted to an advisory and advocacy role with the NAB. The passing of the baton occurred last Saturday, January 1, following an initial announcement last spring.

LeGeyt, who had been chief operating officer of the Washington, D.C.-based trade group, steps into the top role with a few issues on members’ minds. Among them are new rounds of industry consolidation amid the streaming boom and the rollout of ATSC 3.0, a new set of technology features aimed at enhancing station broadcasts with higher-quality audio and video as well as interactive functionality.

LeGeyt has been with NAB for almost 10 years, and was previously senior counsel to then- Senate Judiciary Chairman Patrick Leahy (D-VT), who is now the president pro tem of the Senate. LeGeyt led efforts to reauthorize legislation like the Satellite Television Extension and Localism Act, as well as a measure to reimburse stations $1 billion for costs stemming from the broadcast spectrum auction.

“The broadcasting community is extremely grateful to Gordon for his many years of service as an influential advocate for our industry,” said NAB Joint Board of Directors Chairman David Santrella, CEO of Salem Media Group in a press release. “We are excited to now have Curtis at the helm to guide the organization into its next chapter. He is a proven leader and skilled fighter on behalf of broadcasters, and we are thrilled to have him serve as our voice in Washington and around the world.”

Along with education and diversity initiatives and representing broadcasters’ interests, the NAB convenes one of the largest U.S. trade shows, which delivers a significant influx of annual revenue. This year’s NAB Show in Las Vegas is scheduled to be held in person in April, its usual spring slot. The 2020 edition was held virtually due to Covid, and the 2021 show was postponed and ultimately canceled due to pandemic-related hurdles. An emerging spinoff event, NAB Show New York, was recently announced to be making its return this fall.

“It is an honor to lead this great organization and advocate for the local television and radio broadcasters that inform, entertain and serve their communities every day,” LeGeyt said. “I am grateful to our board of directors for placing its trust in me and look forward to working alongside them, the entire NAB team and our members to ensure a vibrant future for broadcasting.”

In addition to confirming the change in the corner office, the NAB also said Michelle Lehman, EVP of Public Affairs is assuming the additional role of chief of staff. Lesley Peña is being promoted to deputy chief of staff. Both are newly created roles within the organization.

From Iñárritu To Elvis: 30 Projects To Light Up Film Festivals In 2022 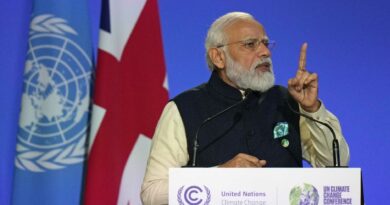