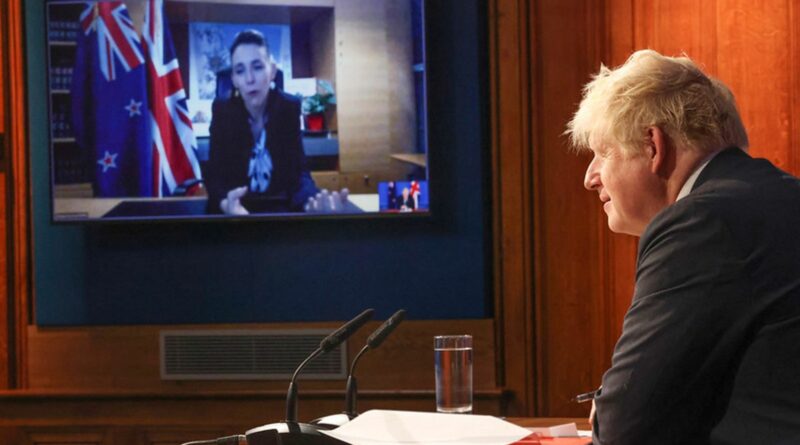 British sheep farmers could face increased competition from New Zealand lamb imports as a consequence of a free-trade deal which has been secured and hailed as “great” by Prime Minister Boris Johnson.

The deal, agreed in-principle by Mr Johnson and his counterpart Jacinda Ardern during a video call on Wednesday, will cut tariffs on British exports including cars and clothes, and popular New Zealand imports including wine and honey as well as lamb.

The National Farmers’ Union (NFU) said it was worried about the implications of an agreement it said “offers nothing in return” to British farmers. 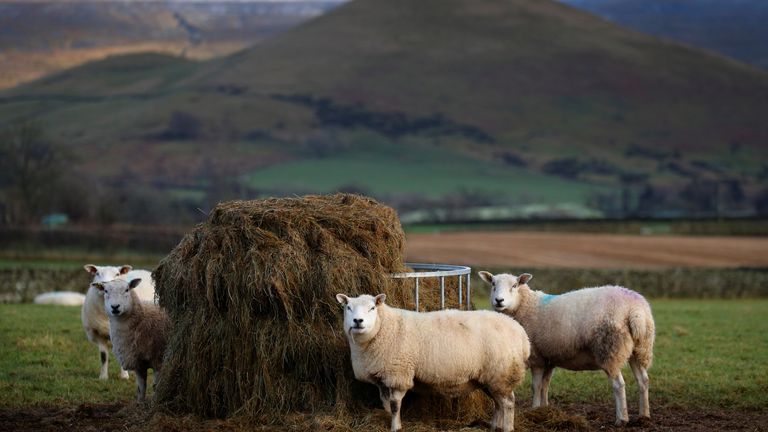 Trade between the UK and New Zealand was worth £2.3bn last year, equivalent to 0.5% of the UK’s commerce with the European Union, but the government expects volumes to increase as a consequence of the deal.

Brexit: Which countries has the UK agreed trade deals with?

It is the second free trade agreement (FTA) reached from scratch since Brexit after that with Australia, though London and Canberra are yet to sign a deal first announced with some fanfare in June.

Ministers hope it will further the UK’s goal of joining the Pacific trading bloc that includes Australia, New Zealand, Canada and Japan.

The principles of the New Zealand FTA are similar to the Australian accord, with the most controversial tariffs, on agricultural goods, phased out over a 15-year period to try and ease the concern of British farmers.

Under the deal New Zealand exporters will be able to send 35,000 tonnes of lamb to the UK tariff-free for the first four years, rising to 50,000 tonnes for 10 years before quotas are removed altogether. 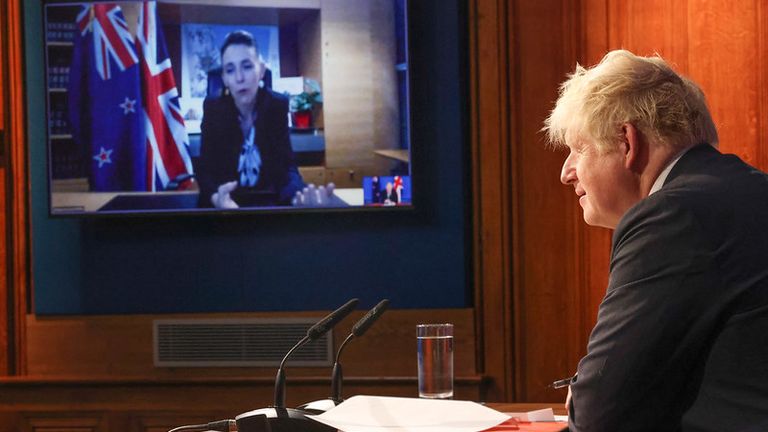 Last year, it exported 39,000 tonnes of lamb to the UK worth £212.5m, and New Zealand exports to the UK have fallen in recent years.

A similar timetable for the phasing out of tariffs will apply to dairy produce.

The government says the deal will create new opportunities for technology and service companies to access the New Zealand market, and hailed the removal of 20% tariffs on imported wine, and 16% on honey.

British cars, buses and construction vehicles, the most valuable UK export to New Zealand, will benefit from the removal of 10% tariffs as will clothing, while gin, chocolate, cheese and crisps will no longer attract a 5% import tax.

Mr Johnson said: “This is great trade deal for the United Kingdom, cementing our long friendship with New Zealand and furthering our ties with the Indo-Pacific. 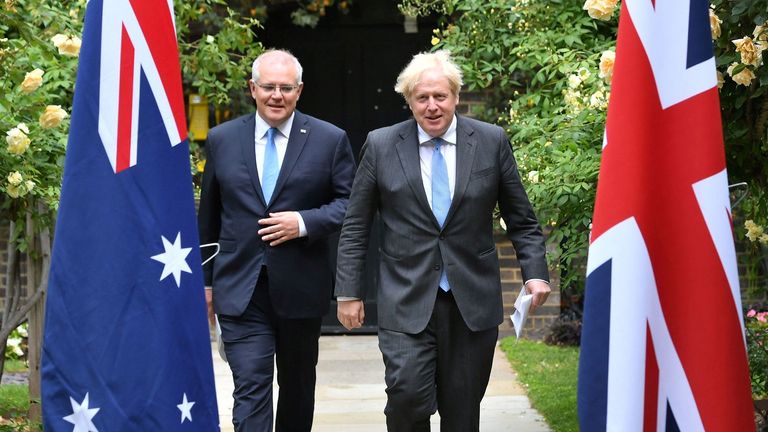 ”It will benefit businesses and consumers across the country, cutting costs for exporters and opening up access for our workers.”

The NFU warned, however, that British farming interests have been sacrificed in order to secure deals with Australia and now New Zealand.

“We will be opening our doors to significant extra volumes of imported food – whether or not produced to our own high standards – while securing almost nothing in return for UK farmers,” said its president, Minette Batters.

“We should all be worried that there could be a huge downside to these deals, especially for sectors such as dairy, red meat and horticulture. 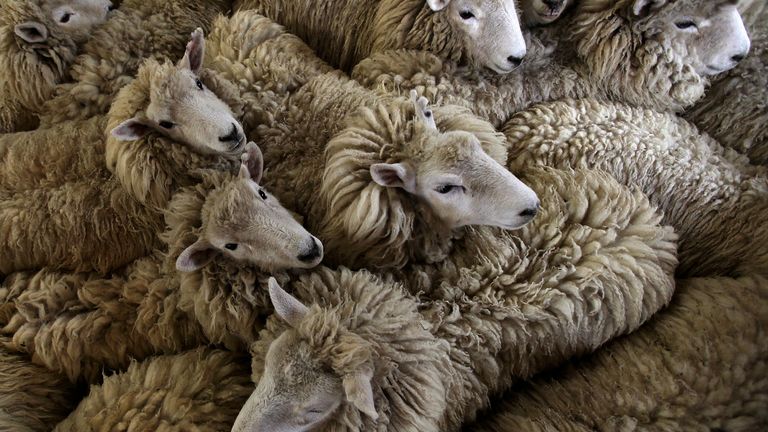 “The government is now asking British farmers to go toe-to-toe with some of the most export orientated farmers in the world, without the serious, long-term and properly funded investment in UK agriculture that can enable us to do so.

“This is why it is very, very difficult for the NFU to show any support for these deals.

“They involve significant upsides for farmers on the other side of the world who can now access our hugely valuable market but contain little discernible benefit for UK producers, either at home or overseas.”

Labour said that according to the government’s own analysis the deal would cost jobs in agriculture and deliver no additional growth. 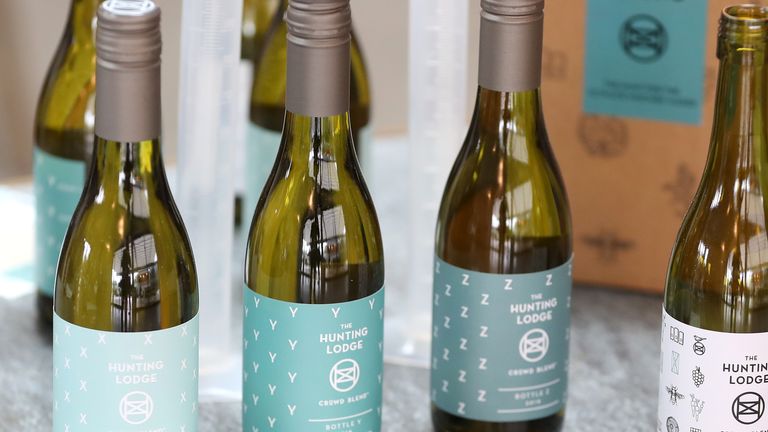 “It is a deal whose only major winners are the mega-corporations who run New Zealand’s meat and dairy farms, all at the expense of British farmers who are already struggling to compete,” said shadow trade secretary Emily Thornberry.

“But for British jobs, growth and exports, this deal is yet another massive failure.”

Ms Ardern said: “This world-leading free trade agreement lays the foundations for even stronger connections as both countries embark on a new phase in our relationship. It is good for our economies, our businesses and our people.”

Mike Cherry, national chair of the UK’s Federation of Small Businesses, said: “New Zealand has long been a priority market for UK’s small exporters – more than a quarter of which already sell there – and we welcome efforts to build on existing trade ties that go back many decades.”

Is There a Method to Inovio Pharma’s Cost-Cutting Madness?