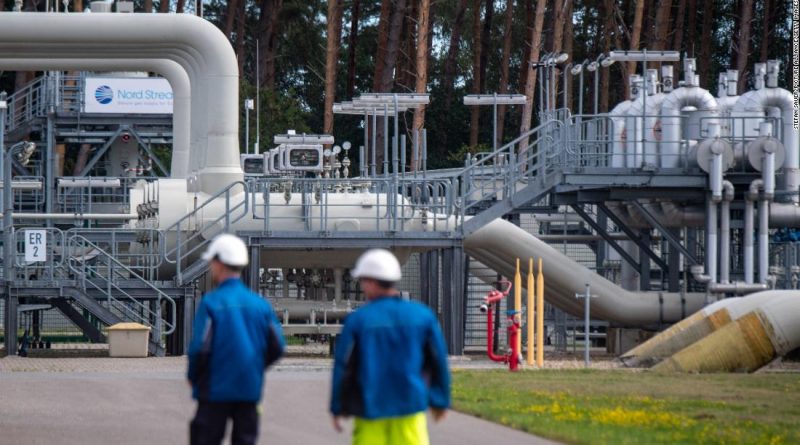 European benchmark natural gas prices spiked 28% on Monday morning to hit €274 ($272) per megawatt hour — the first day of trading after Russian energy giant Gazprom halted flows through the vital Nord Stream 1 pipeline indefinitely, claiming it had found an oil leak in a turbine.
Last year, the pipeline delivered about 35% of Europe’s total Russian gas imports. But since June, Gazprom had slashed flows along Nord Stream 1 to just 20% of its capacity, citing maintenance issues and a dispute over a missing turbine caught up in Western export sanctions.

Moscow’s decision not to reopen the pipeline on Saturday stoked concerns that the European Union could run short of gas this winter, despite a successful effort to fill storage tanks. Similar fears in the United Kingdom sent wholesale natural gas futures up by more than a third on Monday.

News of the pipeline’s indefinite closure on Friday caused the euro to sink below $0.99 on Monday — its lowest level in 20 years. The pound hit $1.14, its lowest since 1985, as traders worried about the toll a potentially drastic energy shortage could have on regional economic activity and government budgets.

Some countries are preparing to spend big to try to limit the pain.
On Sunday, the German government announced a €65 billion ($64 billion) relief package to help households and companies cope as inflation soars. Germany, Europe’s biggest economy, is particularly reliant on Russia’s gas exports to power its homes and heavy industry.

Together with previous measures, that brings the total amount of government support to €95 billion ($64 billion), equivalent to about 2.5% of German GDP, Holger Schmieding, chief economist at Berenberg, said in a Monday note.
Liz Truss, who will succeed Boris Johnson as UK prime minister this week, is under enormous pressure to announce more help for households and business as energy bills rocket higher. 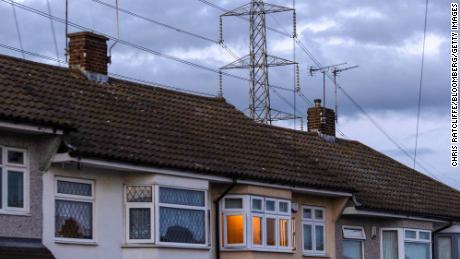 Truss is considering a £100 billion ($115 billion) package to help with the rising cost of living, including support to pay energy bills, according to a report by The Sunday Times, which cited unnamed sources in the country’s finance department.
If so, that would exceed the cost of the country’s pandemic furlough scheme, in which the government subsidized workers’ salaries to prevent mass layoffs, by about £30 billion ($34 billion).

For months, the European Union has been shoring up its energy reserves for the colder months, when usage spikes, as it fears Russia will further cut its supply of gas.
Already, Moscow has stopped sending gas to several “unfriendly” European countries and energy companies over their refusal to pay for gas in rubles, as the Kremlin insists, rather than the euros or dollars stated in contracts.
Friday’s Nord Stream 1 announcement came just hours after G7 nations agreed to cap the price at which Russia can sell its oil in a bid to limit revenue that the Kremlin is using to fund its war in Ukraine.
A spokesperson for Siemens (GCTAF), the German manufacturer of the reportedly faulty Nord Stream 1 turbine, said on Friday that an oil leak was not “a technical reason for stopping operation.”
“Irrespective of this, we have already pointed out several times that there are enough additional turbines available at the Portovaya compressor station for Nord Stream 1 to operate,” the spokesperson told CNN Business.
As the energy standoff has intensified, EU countries have rapidly filled their gas storage facilities. Stores are now filled to 82% of their capacity, according to data from Gas Infrastructure Europe — exceeding the 80% target officials set countries to reach before November.
“Despite a serious risk of energy shortages, we still expect most of Europe to get through the cold season without having to shut down significant parts of industry by large-scale rationing of gas supplies,” Schmieding said in his note.

European leaders know they need to do more, however, to avoid widespread hardship and limit fallout from a recession. EU energy ministers will hold an emergency meeting on Friday to discuss plans to help shield Europeans from the worst of the energy price rises.
Initial ideas include a mechanism that decouples electricity prices from wholesale natural gas prices, and an offer of emergency credit for energy companies at risk of going bust, according to draft documents viewed by Reuters.
Source: Read Full Article

UK economy to slump over 10%, debts to surge: Moody's