Home » Now Amazon wants the MGM studio. Is this a classic case of corporate sprawl?

The tech giant already has fingers in many, many pies, from cloud computing to groceries, pharmacies to TV streaming

There are probably only two ways in which the growth of Amazon’s empire will be constrained. One is if US regulators decide Big Tech’s reach has gone too far. The other is if Amazon eventually ties into knots with its many adventures in unrelated fields and ends up as a confused conglomerate.

The likely purchase of Hollywood studio MGM for $9bn will probably get a regulatory thumbs-up. Owning the film studio behind the James Bond franchise does not create a licence to kill when the competition includes beasts the size of Comcast, AT&T and Disney.

All the same, Amazon’s span is now astonishing. Besides the original e-commerce business, there is Amazon Web Services, the cloud computing operation that makes the serious money. Then there’s food stores in the US via Whole Food Markets, and increasingly in the UK too, and an ambition to be very big in pharmacies, among other things. Now the entertainment division has morphed into a huge operation in its own right, as opposed to a vehicle for super-charging Prime subscriptions.

Maybe Amazon’s sheer financial muscle provides protection against old-fashioned loss of focus. But, at any other company, especially one where the founder is about to step away from the front line, investors would be worrying about the danger of sprawl.

Vodafone has made an expensive call

Vodafone’s long-term shareholders will know the feeling: just when the stars seem to have aligned and cash is about to start flowing plentifully, management spoils the fun by saying it needs to invest more.

Investors should probably be phlegmatic. First, chief executive Nick Read’s call for investment to be boosted by a “few hundred million” of extra euros should be set in the context of free cash flow of €5bn (£4.3bn) last year. The dividend, cut in 2019, is not in fresh peril.

Second, Read is probably right that “the world has changed” during the pandemic year and that companies want to upgrade their connectivity. Rather like BT, Vodafone doesn’t really have a choice about investing faster. The difference, perhaps, is just that BT’s extra spending was better signalled.

How moving the goalposts doesn’t pay

It’s surprising to see that Steve Golsby is still chairing Tesco’s remuneration committee. A year ago, two-thirds of shareholders voted against the supermarket group’s pay report, which ought to have been enough to persuade him to stand down.

Still, Golsby clearly noticed the kerfuffle. Last year’s offence was to remove boom-boom Ocado from a comparator group of companies on shareholder returns, thereby creating an extra £1.6m payment to departing chief executive Dave Lewis. This year, Tesco’s committee resisted the temptation to fiddle on account of the pandemic, even though some others are doing so merrily. Covid costs caused Tesco to miss its profit targets, therefore executives didn’t get an annual bonus. Very good, very straightforward.

Mind you, Ken Murphy, Tesco’s new chief executive, may not agree. His counterpart at Morrisons, David Potts, is getting a pandemic-adjusted whack. Murphy might suspect that, had Golsby’s committee not been panned for moving the goalposts a year ago, it would be doing so now. Welcome to the arbitrary world of executive remuneration. 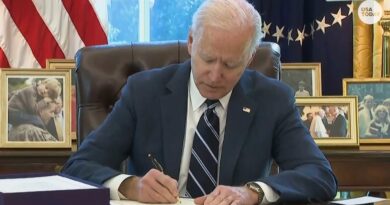 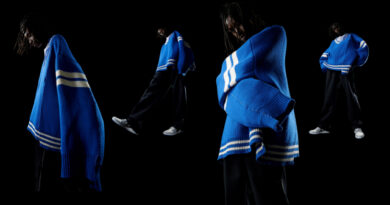