Ozy Media, the embattled company that announced last week that it would shut down after The New York Times reported that it had misled potential investors and partners, will try to keep operating, Carlos Watson, its chief executive and a co-founder, said Monday.

In an interview Monday morning on NBC’s “Today” show, Mr. Watson compared his company to Lazarus, the biblical figure Jesus raised from the dead, and to Tylenol, the drug brand that regained consumers’ trust after seven people died in 1982 after being poisoned by capsules that had been laced with cyanide.

“We’re going to open for business, so we’re making news today,” Mr. Watson told the anchor, Craig Melvin. “This is our Lazarus moment, if you will, this is our Tylenol moment. Last week was traumatic, it was difficult, heartbreaking in many ways.”

Mr. Watson also conceded in an interview on CNBC on Monday that the company had misled its own staff and guests about where a program produced by Ozy, “The Carlos Watson Show,” would air, claiming it would appear on the cable channel A&E.

“That was wrong,” he said. “I don’t know if that was a mistake or that was intentional.”

The show is available on YouTube and the Ozy website, which remains online, although journalists who worked there said they were no longer employed by the company.

In a statement on Friday, the company’s board praised the “dedicated staff,” adding, “It is therefore with the heaviest of hearts that we must announce today that we are closing Ozy’s doors.”

WGA Doubles Down On Endeavor IPO Criticism With Letter To Investors 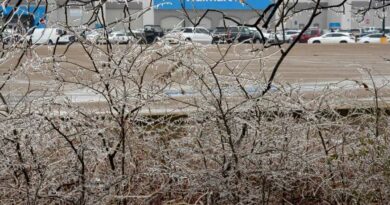