Pandemic has added to their debts while wealthy nations limit access to vaccines, says annual report

The world’s poorest countries will be left $12tn (£8.7tn) worse off by 2025 amid a weaker economic recovery from Covid-19 as wealthy nations limit their access to vaccines, the United Nations has warned.

In its annual trade and development report, the UN Conference on Trade and Development (Unctad) said low-income countries had been hit much harder by the pandemic than during the 2008 financial crisis, adding to their debts and piling pressure on their public finances.

The UN’s economic arm said there were growing risks that low-income developing countries would fall further behind due to limited progress in deploying coronavirus vaccines, despite western leaders promising to “build back better” from the crisis.

“So far, the world economy appears to be building back separately,” it said in the report.

Unctad said the global economy was bouncing back strongly this year thanks to the continuation of financial support measures begun in 2020 from governments around the world, as well as rapid progress with vaccines in advanced economies. It forecast global growth would hit 5.3% this year, the fastest rate in nearly five decades, after a fall of 3.5% in 2020.

However, the UN agency warned it would take several years for the world economy to recover the losses dealt by the Covid-19 shock, as the pace of growth slows from an initial rapid rebound in 2021, and as governments and central banks come under pressure to scale back emergency support.

Warning that policymakers in advanced economies had not yet woken up to the size of the shock to developing nations, or its persistence, the Geneva-based agency said concerted action among rich countries was required to provide debt relief to poorer countries. In some cases, debt cancellation was necessary to “avoid another lost decade for development”, it said.

The reluctance of advanced economies to follow the US lead on providing vaccine patent waivers was also a “worrying sign” of a disjointed western response to a crisis that would continue to affect the world economy without action, Unctad said. It warned the cumulative cost of delayed vaccinations could be up to $2.3tn by 2025, with the developing world shouldering the bulk of the cost.

The agency pointed out that western governments had departed from 40 years of neoliberal dogma by intervening heavily in their economies to protect lives and jobs during the pandemic. It said returning to an era of weaker levels of government support, watered-down labour market rules and unequal trade and investment agreements would put international development at risk.

The report said the pandemic response in developed countries had activated a resurgent state and suspended constraints on the public finances, but international rules and practices had locked developing countries into pre-pandemic responses and a semi-permanent state of economic stress.

“Over the past 40 years, we’ve witnessed the emergence of a full-blown rentier economy with global reach and an addiction to debt, both public and private,” said Richard Kozul-Wright, the director of Unctad’s globalisation and development strategies division. “Not only that, inequality has become a feature of our globalised world, while concentrated private economic power erodes public authority to respond.” 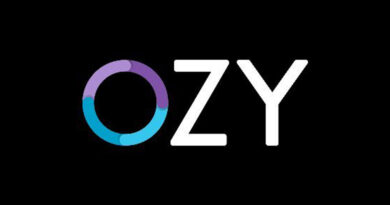