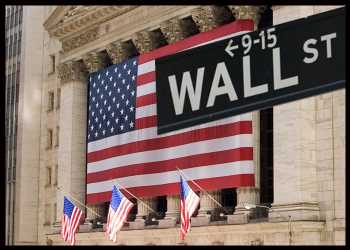 Reflecting a positive reaction to the Federal Reserve’s highly anticipated monetary policy announcement, stocks showed a substantial turnaround over the course of the trading session on Wednesday after moving to the downside early in the day.

The late-day rally on Wall Street came after the Fed announced its widely expected decision to accelerate the pace of reductions to its asset purchases program.

Citing inflation developments and further improvement in the labor market, the Fed said it has decided to reduce the monthly pace of its net asset purchases by $30 billion per month, double the previously announced $15 billion per month.

The Fed said it expects similar reductions in the pace of net asset purchases will likely be appropriate each month, pointing to an end to the program next March.

Analysts partly attributed the subsequent rally to relief that the Fed was not more aggressive in accelerating the timetable for halting its asset purchases.

Meanwhile, the Fed also announced its widely expected decision to keep the target range for the federal funds rate at zero to 0.25 percent.

The Fed noted inflation has exceeded its 2 percent target for some time but predicted interest rates will remain at near-zero levels until labor market conditions have reached levels consistent with its assessments of maximum employment.

The central bank’s latest projections forecast as many three rate hikes in 2022 compared to the lone rate hike forecast in September.

Despite the prospect of sooner than expected rate hikes, analysts suggested traders were pleased with the increased level of certainty provided by the Fed’s latest projections.

With the focus on the Fed, traders largely shrugged off some key U.S. economic data, including a Commerce Department report showing retail sales rose by much less than expected in November.

Semiconductor stocks moved sharply higher over the course of the session, driving the Philadelphia Semiconductor Index up by 3.7 percent.

Substantial strength also emerged among networking stocks, as reflected by the 3.1 percent spike by the NYSE Arca Networking Index.

Pharmaceutical stocks also turned in a particularly strong performance on the day, with the NSYE Arca Pharmaceutical Index surging up by 2.9 percent to a record closing high.

Drugmaker Eli Lilly (LLY) helped lead the sector higher after raising its full-year 2021 guidance and providing an upbeat forecast for 2022 due in part to strong sales of its Covid-19 therapies.

In overseas trading, stock markets across the Asia-Pacific region turned in a mixed performance during trading on Wednesday. Japan’s Nikkei 225 Index inched up by 0.1 percent, while China’s Shanghai Composite Index fell by 0.4 percent.

The major European markets also finished the day mixed. While the U.K.’s FTSE 100 Index slid by 0.7 percent, the German DAX Index edged up by 0.2 percent and the French CAC 40 Index rose by 0.5 percent.

In the bond market, treasuries moved to the downside following the Fed announcement. As a result, the yield on the benchmark ten-year note, which moves opposite of its price, rose by 2.5 basis points to 1.463 percent.

Reaction to the Fed announcement may continue to impact trading on Thursday, although traders are also likely to keep an eye on reports on weekly jobless claims, housing starts and industrial production. 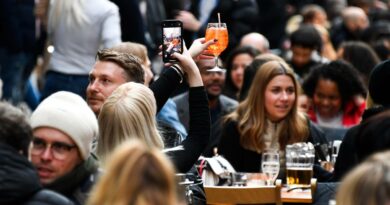 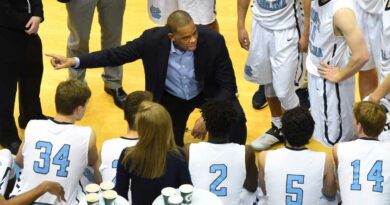