The Dallas County medical examiner’s office confirmed Monday to USA TODAY that the young rapper, whose legal name was Dashawn Robertson, had died. Officials did not reveal the cause of his death.

Ashkan Mehryari, an attorney for the rapper, told USA TODAY the cause of death was suicide. “Sadly, I am able to confirm Mr. Robertson passed away today,” Mehryari wrote in a statement.

The attorney told the Dallas Morning News that his client’s death was “very tragic,” adding, “He had a very bright and promising music career ahead of him.”

Lil Loaded’s death comes a week after “6locc 6a6y” was certified gold on May 25 by the Recording Industry Association of America. “6LOCC 6A6Y Certified Gold 🏆🏆 Who runnin dis (expletive) like me 💙💙 … dopest fanbase on earth,” Lil Loaded wrote on Instagram at the time.

The music video for the song has amassed nearly 29 million views on YouTube. The rapper’s follow-up single in October 2019, “Gang Unit,” became an even bigger hit with over 39 million YouTube views.

Rapper King Von dies after shooting outside an Atlanta nightclub

Lil Loaded was arrested last year on a murder charge related to the October shooting of his best friend, 18-year-old Khalil Walker.

A post on the late rapper’s Instagram account the same day as the shooting appeared to mourn Walker. According to The Dallas Morning News, it read: “So much love fa u they thought we had the same mama … ima see u soon.”

After Walker’s death, Lil Loaded took to Instagram to address his arrest. “I appreciate all y’all support . They try to make u look guilty wen u innocent regardless .. we going to get pass this . Rip my brother love u,” he captioned the post.

In March, he was indicted on a lesser charge, one count of manslaughter. Lil Loaded was scheduled to appear at a hearing for the case on Tuesday, June 1.

He was a key part of the new wave of Dallas rappers. Prayers up for those close to him 🙏 pic.twitter.com/NkEyp9PvLM

Lil Loaded’s most recent album, “CRIPTAPE,” was released in December 2020.

Lil Loaded collaborated with Chicago rapper King Von for the single “Avatar.” The song’s music video has more than 6 million views on YouTube. King Von died in November during an Atlanta nightclub shooting. He was 26.

If you or someone you know may be struggling with suicidal thoughts, you can call the U.S. National Suicide Prevention Lifeline at 800-273-TALK (8255) any time day or night, or chat online. 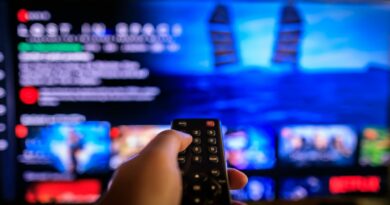 Primark springs back from bad weather in May as sales advance