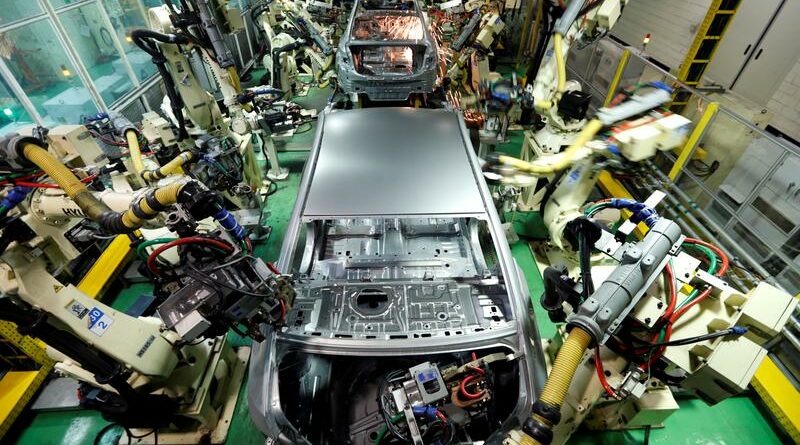 FILE PHOTO: Hyundai Motor’s sedans are assembled at a factory of the carmaker in Asan, about 100 km (62 miles) south of Seoul, January 22, 2013. REUTERS/Lee Jae-Won/File Photo

Industrial production last month fell 1.8% year-on-year, Statistics Korea data showed on Friday, missing forecasts for 1.4% growth and down from a 9.7% expansion in August. On a seasonally adjusted monthly basis, output fell 0.8%, missing a median 0.3% decline forecast and following a 0.7% drop in August.

A breakdown of data showed production of cars shrank 9.8% from a month earlier, while that of semiconductors and electrical equipments also slumped 1.6% and 5.2%, respectively.

“September industrial output was weak as global supply chain disruptions were seen weighing on production in the manufacturing industry and on fewer working days,” said Oh Chang-sob, an economist at Hyundai Motor Securities.

The country’s biggest carmaker Hyundai Motor Co reported a lower-than-expected profits on Tuesday as the global chip crisis drove down vehicle shipments and said it will take a long time to get back to normal chip supplies.

That comes just weeks after its global chief operating officer said the automaker aims to develop its own chips to reduce reliance on chipmakers.

Separately, Samsung Electronics Co Ltd on Thursday said it expects component shortages to affect chip demand in the current quarter, even as it reported the highest quarterly profit in three years.

On an annual basis, production for cars and metal products plunged 24.2% and 16.9%, respectively, offsetting a 30.6% expansion in semiconductors.

South Korea unveiled on Monday a three-phase scheme to scrap all limits on distancing curbs gone by February, except for mask-wearing mandates. 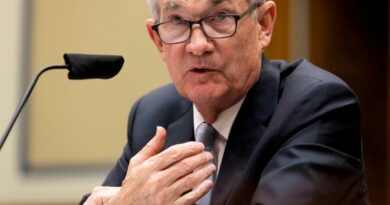 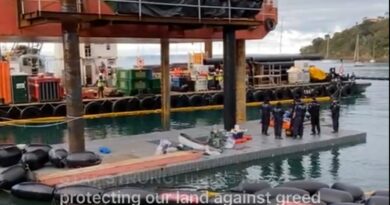