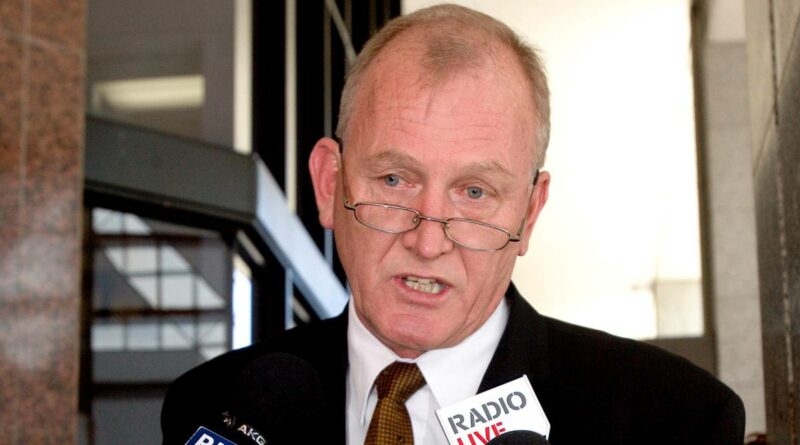 Despite having to pay for Wi-Fi and the coffee being so-so according to Twitter’s @StrictlyObiter, it is with great sadness that I couldn’t attend this year’s Criminal Bar Association conference at the University of Auckland’s business school.

Having been on the conference organising committee for six or so years now, former police officer and barrister Tony Bouchier says this year’s conference was wonderful and “the best one yet”.

“We’ve usually sourced speakers overseas but Covid-19 required us to look internally,” Bouchier said. “We have extraordinary talent in New Zealand. We had a record number of attendees – 377 – including university students, academics, judges, police prosecutors, the Public Defence Service, and Crown prosecutors. There was quite an amazing cross-section of the profession.”

(As an aside, let’s take the time to remember 2016 when a Higher Courts Conference made headlines after 18 of the 53 Supreme, Appeal, and High Court justices were struck down with a gastro bug during their stay at Chateau Tongariro in the central North Island.)

The conference used to be held in Queenstown but the association found the 40-odd guests would participate for a day, and wanted to see what the region had to offer more than anything, he says.

“We wanted the conference to be more than a tourist attraction, so we moved it up to Auckland. Now, it’s grown six times its size and it goes to show that in the profession it’s considered important.”

So what was actually said at the legal bonanza? Justice Minister Kris Faafoi revealed that legislation to repeal three strikes could be introduced within a month. Whether the move would be retrospective – he was cagey, Bouchier told me.

Faafoi didn’t speak to the issue of legal aid funding, which could only be described as the elephant in the room seeing as “it reared its ugly head several times”, Bouchier says.

For context, legal aid rates largely haven’t changed in what feels like the past 100 years – at the expense of the criminal bar, and the public, Bouchier says.

In 2009 Dame Margaret Bazley’s controversial report Transforming the Legal Aid System sought to completely overhaul what was described as a system that was “open to abuse by lawyers and defendants”.

The reforms aimed to make car boot lawyers a thing of the past, but it has meant the public often don’t meet the threshold to qualify for legal aid, and they’re forced to self litigate. Legal aid is at the heart of New Zealand’s access to justice issues.

The situation has been dire for lawyers too, who are incentivised to do a shoddy job because they’re not adequately paid for the time needed to represent clients. It’s also meant that law students and lawyers are dissuaded from pursuing criminal law.

In this year’s Budget $235.161 million has been put aside for justice for the next five years. “Legal aid is an important part of New Zealand’s justice system. It helps people to resolve legal problems that may go to court and makes sure that people are not denied justice because they can’t afford a lawyer,” the Budget read.

But, on the ground, more needs to be done, Bouchier says.

Bouchier doesn’t describe himself as a high-flying barrister or academic; he says he’s the union man of lawyers. He attributes his collective mentality to having spent 24 years as a priest.

“When I entered the profession I noticed a lack of leadership. It’s like the local dentist’s children having the worst teeth in the street. There was a lack of willingness to stand up and be counted.

“Nurses are [striking], doctors and policemen are doing it. It seems right that people are starting to think about how important criminal lawyers are for democracy – we need to value the people that are protecting our rights and freedoms.”

Now, the Criminal Bar Association has record membership numbers, which suggests people really want to belong and to advocate for their beliefs. That’s exactly what the annual conference is all about, he says.

“It’s very easy when practicing as barristers that your whole world is just your office and the court. When you come to the conference you see you’re a part of something much bigger. It instils a sense of collegiality and meaning, and you can see that it’s important that we learn together and work together.”