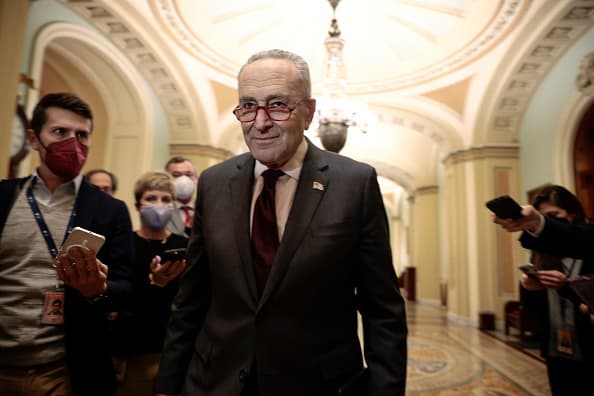 The Senate will soon consider whether to implement a plan for a federal paid family and medical leave as part of the Build Back Better bill.

Advocates are campaigning tirelessly to try to ensure the issue does not wind up on the chopping block as lawmakers negotiate to get the package passed.

Their efforts were rewarded on Thursday, when Senate Majority Leader Chuck Schumer, D-N.Y., expressed his support for the proposal.

"One of the most important planks in our proposal is paid leave," Schumer said during a media briefing hosted by Paid Leave for All, a national campaign of organizations fighting for paid family and medical leave.

"We're here to say that we are fighting very hard to get national comprehensive paid leave in the Build Back Better," Schumer said.

Schumer's support follows efforts paid leave advocates have made to publicly lobby him on the issue.

After the proposal was dropped from the initial framework of the bill passed by the House in late October, families campaigned for the issue in Schumer's own Brooklyn, New York, neighborhood of Park Slope.

In early December, more than 750 New York-area community organizations and leaders, including Schumer's own rabbi, sent him a letter advocating for the proposal.

On Thursday, Schumer said the paid family and medical leave is "so vital" amid the challenges Americans face when they have newborn children, contend with an unexpected medical condition or have the need to take care of a loved one.

Moreover, the U.S. is the only developed nation that does not have uniform national family leave standards for families, he noted.

"As majority leader, I am fighting tooth and nail to make this a reality," Schumer said.

The paid family and medical leave proposal could still face obstacles as Democrats look to pass the Build Back Better package exclusively through the support of its own party.

Sen. Joe Manchin, D-W.V., has expressed his opposition to the proposal due to costs. The Congressional Budget Office estimates the four-week paid leave proposal would cost around $205 billion over 10 years.

Democratic strategists and pollsters have warned that failing to pass the paid leave proposal, which is popular with the American public according to some polls, could have ramifications in 2022 Senate races.

Republicans have bristled at creating a federal program, and instead have put forth a proposal that would provide incentives for employers to provide paid leave benefits. 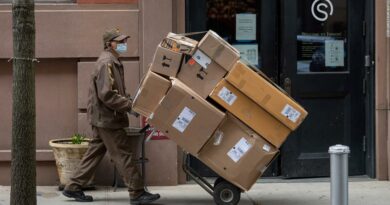 Why an infrastructure bill could help jobs bounce back faster