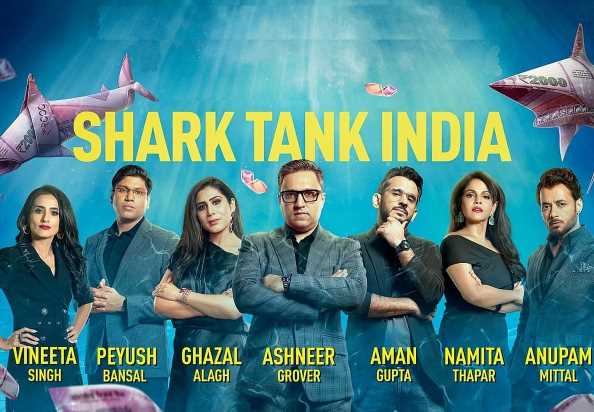 ‘It doesn’t matter where you come from. If you strongly believe in your idea and we see potential in scaling it up, there are people to back it up.’ 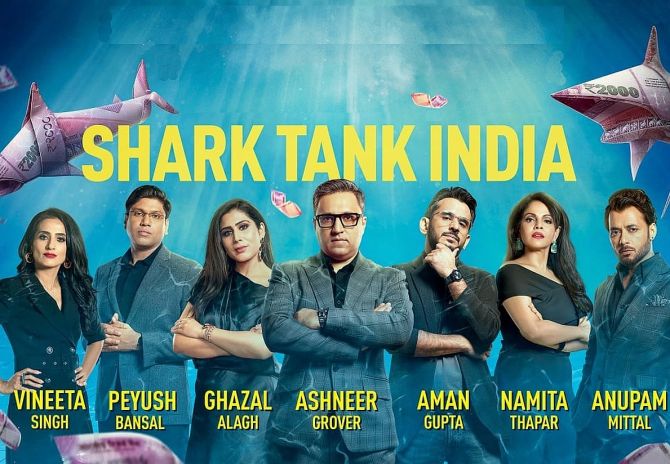 In the Netflix comedy series Grace and Frankie starring Jane Fonda and Lily Tomlin, the protagonists who are rivals-turned-tag team plan a dream venture to sell a curiously oddball Rise Up toilet — an innovative product to help shaky senior citizens get off the seat.

And in one episode, in a hat tip to Shark Tank, the two elderly women appear on the American reality television show pitching their way to a handsome investment from one of the celebrity investors-cum-judges in return for 10 per cent equity.

It’s another thing that Grace rejects the offer, but the popular culture reference only testified to the popularity of Shark Tank,/em>, an Emmy-winning ABC series that first aired, close on the heels of the economic recession, in 2009 and is now into its 13th season.

Sony Entertainment Television brought the long-running series with its own version, Shark Tank India, to India on December 20, airing the first of 30 episodes that will be beamed weekdays with a promise of seven tycoons, or ‘sharks’, committing funding worth Rs 41.68 crore (Rs 416.8 million) to 67 budding businesses.

According to Sony TV, the show received 62,000 aspirants from India, out of which 198 businesses were selected to pitch their ideas to the ‘sharks’.

For Ghazal Alagh, co-founder of Mamaearth, it was humbling to be on a show that drew ideas that she never thought would be talked about on Indian television.

The participants were from all walks of life, from farmers and teenaged students to the elderly.

Alagh, who founded the personal care brand with her husband Varun Alagh, also considers a high number of couple entrants or pairs as a high point.

“Almost one in every seven pitches was from people related to each other. The fact that every household in India has an entrepreneur in them who’s buzzing with ideas comes to life through the show,” she says.

Ashneer Grover, MD and co-founder of fintech firm BharatPe, says that the producers sensed the time was right for an Indian version of the show because of a start-up wave in the country. 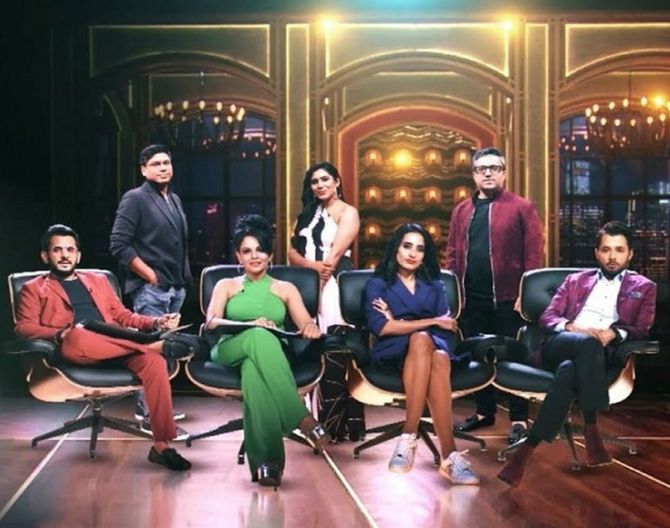 The ‘sharks’ were initially apprehensive about facing the camera, but they were assured that the show would be completely unscripted.

“For the last two-and-a-half months, we have been shooting in Mumbai every weekend. The show is absolutely real, with not a penny of any script or dialogue,” says Grover.

He adds that they didn’t get to know the pitchers until they met them after being shortlisted.

“There is an element of surprise. We don’t know what their product is. We have to take a call within half an hour to one hour when the pitcher speaks.”

Alagh points out that there was a healthy mix of product ideas, but predominantly in the category of food.

“We saw a lot of food brands coming and pitching, and even when it comes to fashion people were talking about niche segments like innerwear or luxury clothing. One of the highlights was categories we don’t talk about such as sex toys. So people were not hesitant.”

As a founder of a young brand, she could also relate to the people pitching new ideas.

She feels the show will be a big boost to the Indian start-up ecosystem, and convince entrepreneurs that venture capitalists aren’t the only source for them to get started.

“It doesn’t matter where you come from. If you strongly believe in your idea and we see potential in scaling it up, there are people to back it up,” she stresses, adding that there were several collaborative investments.

According to Grover, people from North and West India dominated the participation.

He is confident that after viewing the first season and the show’s format, the quality of pitches and segments will open up next year.

The success overall, for him, would be to see 20-25 companies out of the 67 the sharks have invested in becoming much bigger over the next year.

He also assures that the show doesn’t end with the deals announced on it.

“We have already started transferring funds. By January 31, half the people would have got the investments. The idea is to capitalise early and help them grow,” he says, adding that after the shoot he has already spent time with the founders, helping them think through the businesses clearly and connecting them with the right people. 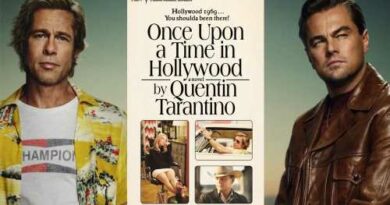 Peter Bart: Quentin Tarantino Darkens His Homage To Hollywood In New Novel, But His Superstar Cast Might Not Welcome Their New Image