The latest thing to come off at Shotgun Willie’s?

The Glendale strip club bowed out of the Chapter 11 process over the summer, eight months after filing.

Shotgun Willie’s did not emerge from bankruptcy in the traditional sense, with a reorganization plan in place. Rather, the club at 490 S. Colorado Blvd. asked a judge to dismiss the case in mid-July, saying it no longer desired the protections offered by the bankruptcy process.

“With the rollout of effective vaccines, the lifting of restrictions on occupancy, and mask and social distancing guidelines, Debtor’s business has stabilized and its failure now seems less likely,” the club wrote in a July 16 court filing.

Shotgun Willie’s — whose majority owner is Deborah Dunafon, wife of the mayor of Glendale — attributed the initial filing back in November to pandemic business restrictions, saying the “action gave us the only chance of surviving in this uncertain climate.”

The club was closed for more than two months in the spring of 2020, and again for 44 days last November. It closed for an additional six days this April “as a consequence of a COVID outbreak among numerous employees,” according to the filing.

And Shotgun Willie’s isn’t the type of place that could just switch to takeout.

“Debtor had no alternative business opportunities of which more traditional restaurants could avail themselves,” the club wrote in the July filing.

In requesting dismissal of the bankruptcy case, however, the club noted that Gov. Jared Polis lifted virtually all remaining pandemic restrictions on bars and restaurants in early July.

Stephen Long of GSL Trial Lawyers, an attorney representing the club, told BusinessDen that business at Shotgun Willie’s has been “good” recently.

“Although there’s still a significant risk of substantial closures, we are more hopeful than we’ve been in the past that can be avoided,” he said.

The pandemic, however, is only part of what was discussed during the bankruptcy proceedings.

In its November filing, Shotgun Willie’s said it was facing six lawsuits, including one filed by family members of Randall Wright, a Kroger real estate executive who died following an altercation at Shotgun Willie’s in 2019. The family members argued earlier this year that the filing was “an attempt to use the COVID-19 pandemic as a smokescreen to limit the debtor’s liability.”

But Shotgun Willie’s wrote in the July 16 filing that the lawsuit from the Wright family “was not a critical factor” in the decision to file for bankruptcy, and that the club could “withstand” the litigation without the protections afforded by the bankruptcy process. The club said it would likely spend six figures just defending itself from claims the Wright family was making within the bankruptcy case.

“Hence, bankruptcy protection is no longer desirable,” the club wrote. “Remaining in Chapter 11 may be a hindrance to the future profitability of the business as a consequence of the general administrative costs of Chapter 11.”

Attorney Long said four of the other lawsuits the club disclosed last November have since been resolved, which was also a factor in requesting the bankruptcy dismissal.

Shotgun Willie’s wasn’t the only local strip club to endure some drama over the past 18 months.

Adams County strip joint Player’s Club sued state and local health departments in July 2020 after being told it had to keep strippers 25 feet away from customers, writing in its lawsuit that “eroticism requires less distance.” The two parties ultimately agreed on alternative measures intended to prevent transmission of the coronavirus.

In related news, five Denver strip clubs including The Diamond Cabaret downtown are getting a new owner as part of an $88 million deal involving Troy Lowrie and Houston-based RCI Hospitality Holdings.

U.S. refinery sales hit the brakes, with 5% of capacity on block 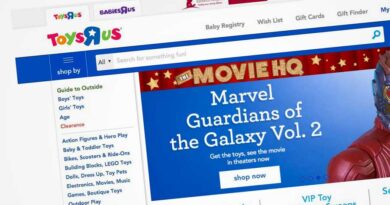