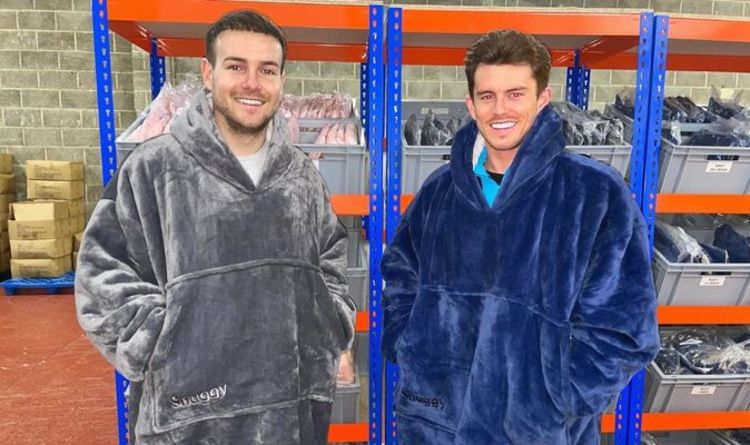 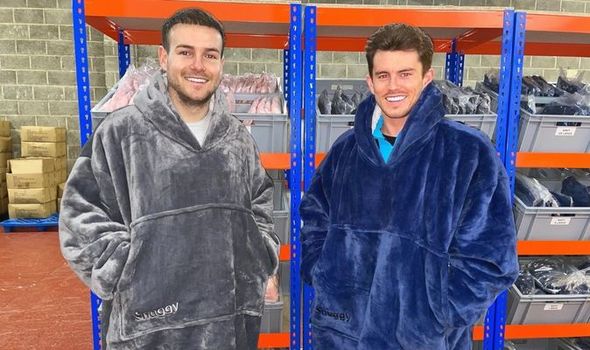 Best known for its signature hoodie robe (from £60) that’s become a top pick not just for home birds but the reality TV and camping sets too, Snuggy’s products work like a warm hug for children, babies, dogs and restless sleepers.

Twenty-something Jack Griffiths and Joel Pierre, from Teesside,  launched Snuggy in 2019 after seeing how casual was becoming the new standard smart. Then Covid struck, the retreat indoors followed and relaxed dressing became the norm.

While the pair had no direct experience of the clothing sector they were far from newbies. As childhood friends they shared a love of making money and found selling was their forte.

First that was sweets in the school playground, then hot tubs followed by boat party tickets in Majorca’s party hotspot Magaluf.

Starting Snuggy from scratch with £40,000 of their own savings, the entrepreneurs’ website first featured just two products designed in the UK and made in China. However success, largely through social media promotion, and expansion quickly followed.

“In our first year, sales were over £1million,” says Griffiths. “We moved to premises that were 10 times bigger and this year we have 40 products and growth has doubled.

“At the beginning our customers were 18 to 34-year-olds. Now anyone from babies to grandparents.”

One of its aims for 2022 is to explore investment openings and the potential to become a brand within a major retailer.

Both its two new collections, the sporty style Lounge Set for adults and Sleep Sac fluffy wrap for babies, are doing well, but the Snuggy Pod is the surprise winner.

These ingenious foldaway, tent-like canopies (from £100) fit over beds whatever the size, creating a shelter or private space for all ages, while zip and mesh sides ensure good ventilation.

“We thought creating a den could be popular with children and it is. But our pod has also connected with something far bigger than we ever imagined,” says Griffiths.

Shift workers struggling with broken sleep patterns have found the total blackout pods deliver enables them to get better quality rest while Snuggy has also been told about the relief experienced by those with conditions such as autism, where sensitivities to light and sound cause particular problems.

“The parents of children with sensory issues have been feeding back about how our pods and how their shielding effect is helping,” explains Griffiths.

This year has also been one of resilience and rebound for Snuggy which saw its EU trade crumble thanks to Brexit. “Before it was 20 per cent, now it’s just one. We have ten times the paperwork and exports are chronically unreliable,” says Pierre.

The pair also weathered weeks of delivery delays after their stock was marooned when the container ship Evergiven on its way from China got stuck in the Suez Canal.

“We got our consignment six months late and the insurance would only cover us for damage so we couldn’t claim, we just had to improvise and explain to customers. It hit everything from cash flow to stock levels,” says Griffiths.

“We’ll be definitely looking at our insurance contracts more closely in future, but in the end you just learn to adapt to whatever life throws at you.

“We will split shipments though, that will add some 10 per or more to our costs but will be worth it.

“We have considered manufacturing at home. But there isn’t the machinery to handle our fabric and when you take in price, speed and quality it is not an option at present.”

Over the next couple of years Snuggy plans to open a distribution hub in Germany, export to Canada and expand its unit in Teesside.

“We are coming out the other side of 2021 stronger,” declare the pair, “and more determined than ever to turn Snuggy into a global household brand.”