Home » Business » States Where the Most People Are Immigrants 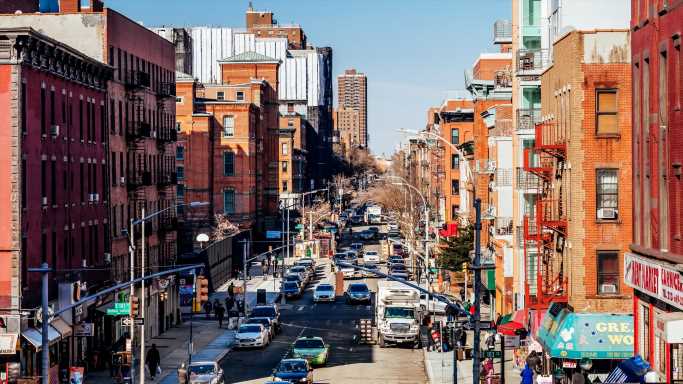 Nearly 45 million people born in other countries are currently living in the United States, according to the U.S. Census Bureau. Over half are naturalized U.S. citizens, with the remainder lawful residents — such as refugees, foreign students, and permanent residents — or unauthorized migrants.

The United States has long been a destination for foreign citizens seeking work or educational opportunities, or fleeing persecution. Since the 1965 Immigration and Nationality Act, the population of immigrants in the U.S. has more than quadrupled, according to Pew Research Center. (On the other hand, many American citizens have chosen to live abroad. Here are the countries with the most American expats.)

To determine the states with the largest foreign-born populations, 24/7 Wall St. reviewed data from the Census Bureau’s 2020 American Community Survey, ranking states by the share of the population that was born outside of the United States. Data on population change due to net international migration also came from the Census. Data on naturalizations and green cards by origin country and fiscal year came from the Department of Homeland Security’s Yearbook of Immigration Statistics 2020.

The 13 states listed have a higher share of foreign-born population than the national average of 13.5%.

Five of the six largest states by population are on the list. In addition, all but two of the states — Texas and Florida — are considered blue states. While five of the 13 states with the largest share of foreign-born residents are on the mid and North Atlantic coast, the rest are spread mainly around the periphery of the country.

Mexico is the country of origin for about 24% of the total foreign-born population in the U.S. In five of the states on the list, the largest immigrant population indeed comes from Mexico, while in two states the origin of the largest immigrant group is India and the Dominican Republic. Other countries of origin with high populations in these states include China, the Philippines, Cuba, and El Salvador. Here are the countries most immigrants in the U.S. are originally from.

Click here to see the states where the most people are immigrants.

Olympic sponsors caught in the middle of diplomatic boycotts ​against China