Home » Business » Stelter: This is why January 6 remains in the news 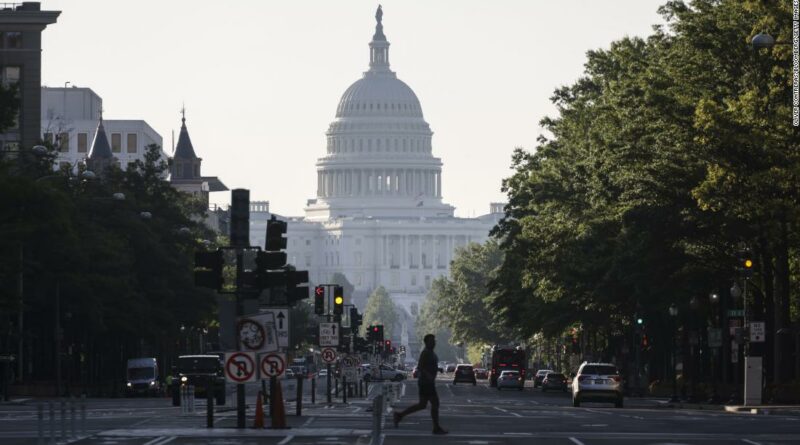 (CNN Business)Fitch Ratings warned on Tuesday that the United States could lose its perfect credit rating due in part to the ongoing assault on democracy and worsening political polarization.

The credit ratings firm said that governance is a “weakness” for the United States, specifically citing the January 6 insurrection and ongoing efforts to curb voting rights in dozens of states.
“In light of developments since the last review and future risks, a deterioration in governance represents a further risk to the rating,” Fitch Ratings said in the report.

Although Fitch reaffirmed America’s AAA credit rating, it said that could change due to rising debt levels and the state of politics in the world’s largest economy.

“The failure of the former president to concede the election and the events surrounding the certification of the results of the presidential election in Congress in January have no parallels in other very highly rated sovereigns,” the report said.

S&P Global Ratings, another credit ratings firm, downgraded the United States in 2011, setting off turmoil in financial markets. A downgrade by Fitch could raise the country’s borrowing costs, making it more expensive to refinance debt.
Fitch said it could downgrade the credit rating for the United States if there is a “deterioration in governance quality that undermines the integrity of the US political system.” Such an outcome would be viewed negatively because it could limit the government’s ability to manage the economy and absorb economic shocks.
The voting rights debate could also play a role in the nation’s credit rating.
“The redrafting of election laws in some states could weaken the political system, increasing divergence between votes cast and party representation,” Fitch Ratings said. “These developments underline an ongoing risk of lack of bipartisanship and difficulty in formulating policy and passing laws in Congress.”

Beyond the voting rights debate, Fitch Ratings echoed concerns by Republicans about the mountain of US debt. The firm said debt dynamics point to a stabilization in the debt ratio at a level at which a “further meaningful increase” in borrowing could lead to a downgrade.
“However, key variables including real interest rates and fiscal deficits may not follow the expected path, potentially creating downside risk,” Fitch said.
Source: Read Full Article

Restaurant operations manager: We are running a to-go business

Jeffrey Epstein: How the sex-trafficking investigation could shed light on corruption