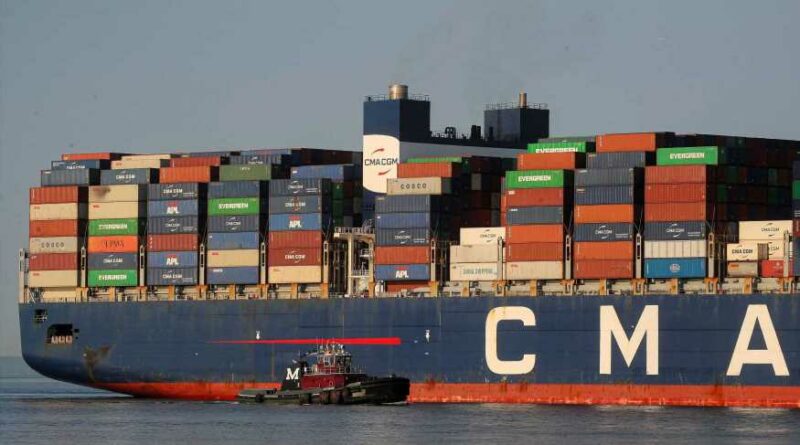 The world economy runs on  global supply chains. But that system is now in trouble, and the troubles will increase.

Our analysis at IHS Markit of shipping, port, and manufacturing data finds that the worsening delays will continue well into 2022.  Moreover, pessimism is growing among shipping executives – some now expecting the disruption to continue even into 2023.

Until recently, consumers never needed to give a single thought to how the products they buy actually get to them.  No longer.  The spreading disruption of supply chains explains why on-line purchases are taking longer to arrive, why there's vacant space on store shelves, and why the furniture you ordered is taking months instead of weeks to arrive.

This disruption is one of the main reasons for the surge in inflation.  IHS Markit's latest PMI survey of global manufacturing finds that the delays in delivery times are the most severe ever recorded, going back a quarter century.  This unprecedented situation is causing prices to rise at one of the fastest rates in a decade.

The disruption began with the economic upheaval of the pandemic.  But it is now being made worse by the strength of the economic rebound, a shortage of workers, and a transportation system that is overstressed.

At the heart of the shipping problem are more than 20 million metal containers. They carry about half of  world trade – everything from electronic goods and furniture to auto parts and seafood.

Over the last three decades, the global system has become much more complex and highly interdependent. Over this time China has emerged as the linchpin of the whole system. It is either the source of manufactured goods or the assembler of components shipped in from other Asian countries.

Today, 42% of all the containers arriving in the U.S. come from China, which is home of seven of the 10 largest container ports in the world.

The disruption began last year when Americans and Europeans were locked down in their homes.  No longer able to spend money on services, but with household savings surging, they spent instead on household improvement and electronic goods, much of it ordered online.

The shipping companies and ports were not equipped to deal with the flood of containers.  The situation was made more difficult by the shortage of workers owing to Covid.   That is when ports began to clog up.

The economic rebound that began with widespread vaccinations has proved to be very strong. Delta variant notwithstanding, IHS Markit now projects 2021 global GDP growth of 5.7%, compared to the 3.4% decline in the Covid shut-down year 2020.  That has added to the pressure on the system.  Containers shipped from Asia have grown at a rapid rate each month since August of last year.

Previous disruptions to global shipping have been temporary.  Not this time.  Instead, it has been one thing after another.  In March, a huge container ship became stranded in the Suez Canal, disrupting trade flows between Asia and Europe.

Then Covid forced a partial shutdown of one of the world's largest ports in China and then of China's second largest container port. A major U.S. railroad suspended all container movements from the U.S. West Coast owing to a bloated backlog in Chicago.

Now factories in Vietnam, which have become important suppliers both to China and directly to the world, have stopped working as the Vietnamese army enforces a lockdown because of a Covid surge.  The next blow could be even worse: shutdowns of Chinese factories to contain the delta variant in mainland China.

The whole global system is choked in the face of what Gene Seroka, the head of the Port of Los Angeles calls "unrelenting consumer demand."  Warehouses in China and on the West Coast have run out of space.

Fully loaded container ships are being forced to wait for berth space at anchorages off the largest U.S. port gateway, Los Angeles/Long Beach, as well as several other ports in North America, Asia and Europe. Forty-nine container ships were idled at anchor off of Los Angeles/Long Beach as of Aug. 29, the most ever, and up from just nine on June 18.

All of this disruption is cumulative. It comes as volumes continue to rebound due to the strong recovery. It is effectively reducing capacity across the container supply chain by substantially slowing the movement of vessels and containers around the world.

As a result, freight rates have spiked to heights never seen before. A single container of goods that pre-pandemic cost $1,500 to ship from Shanghai to Los Angeles could cost as much as  $30,000 today. That additional cost is inevitably passed on.

Containers have become scarce.  They may be sitting unopened for a week or two and thus cannot be put to work for another shipment. There are no spare containers sitting idle around to fill the void.  Similarly, shipping capacity itself is effectively being reduced. Ships that have dropped anchor, while waiting two weeks to unload, have as a result also dropped out from the global system, instead of sailing off to their next port.

The problem is compounded on land by a worsening shortage of truck drivers.  Containers are now waiting two weeks in Los Angeles/Long Beach to be picked up, instead of the normal 3 or 4 days.  So severe is the shortage that trucking companies are offering $10,000 to $15,000 bonuses for new drivers.

How the disruptions are radiating through the economy is captured in this note of a few days ago to customers from the sales head of a manufacturing company.  "The news isn't good," he wrote, apologizing for the inability to meet a promised delivery. "Material outages have become a very normal part of our business and has shut us down in many directions this year."

Additional pressures are already in view.  The surge of consumer spending that began during the lockdown last year is expected to increase with the massive government stimulus and entitlements spending, as well as companies' rebuilding of depleted inventories.

"Container traffic is tough to book, with many delays at the other end, and costs are still way too high," said James Reinis, a 40-year supply chain veteran.  "The holiday traffic in retail goods will only make things worse."

Then there is labor relations:  disruptions typically accompany contract negotiations between the West Coast longshoreman's union and port employers, as it did in 2014-2015. The current contract expires next July; and retailers and manufacturers  are already beginning to reroute cargo in anticipation of trouble.

A new pressure will come from increasing climate regulation. A new carbon efficiency rule to be imposed in 2023 by the International Maritime Organization, the United Nations body that regulates shipping, may require ships to sail at slower speeds in order to reduce emissions. But this would effectively reduce much-needed capacity from the system just when it is needed.

The rapid development of global supply chains has been a major engine for the more than doubling of global GDP over the last three decades.

But Covid and the rebound have caused the system to choke up.  All players along the global supply chains are scrambling to find solutions short-term and build greater resilience into supply chains for the long run.  The systems will eventually come back into balance.   In the meantime, the economic consequences will be measured in prices and inflation –  and in those delays while you wait for your packages to arrive.

Daniel Yergin, vice chairman of IHS Markit, is author of The New Map: Energy, Climate, and the Clash of Nations. Peter Tirschwell is vice president of Maritime and Trade at IHS Markit. 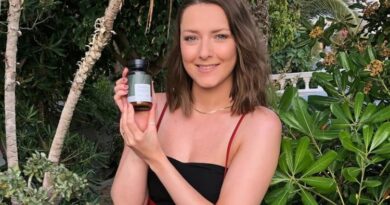 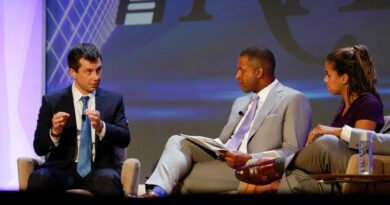 Alexi McCammond Parts Ways With Teen Vogue, Won’t Be Next Editor In Chief After Furor Over Past Tweets