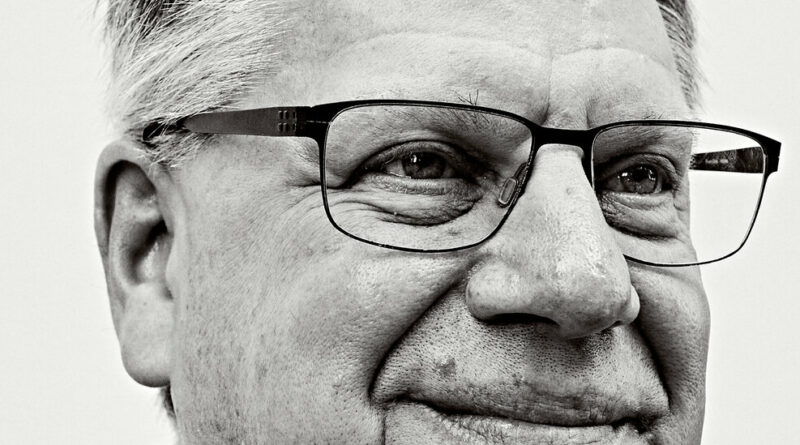 When chief executives face thorny challenges that they feel their companies are unprepared to handle, they often turn to consulting firms. McKinsey and Bain & Company are among the best known, often drawing headlines for some of their more controversial work and prominent alumni. But just as influential in the business world, albeit with a lower profile, is Boston Consulting Group.

BCG, as it is known, works with big companies like Starbucks, GlaxoSmithKline and Shell, pushing them deeper into the digital age. And for the last eight years, BCG, which is private, has been led by Rich Lesser. Mr. Lesser, who has been with the firm since 1988, will step down next month.

Much changed during his tenure. For the first few years, Mr. Lesser mostly found himself counseling other executives about changes in technology, analytics and other ho-hum business issues. Then, with the arrival of the Trump presidency, corporate leaders were thrust into the political and social debates like never before, and BCG was helping clients navigate the culture wars.

“The divisions in our country continue to grow and grow, and sometimes you think they might be turning around, but I don’t think we’ve really seen that yet,” Mr. Lesser said. “And in a number of cases, there have been policies which then created more of an imperative for C.E.O.s to speak out.”

Just as the Trump presidency was winding down, the pandemic hit, and today BCG’s remit has expanded to climate change, Covid-19 and more.

This interview was condensed and edited for clarity.

I grew up in Pittsburgh, and the city itself was very influential because there were only two aspects of Pittsburgh in the ’70s. It was under enormous stress. It was dealing with adversity, thousands of jobs lost and steel mills shutting down. And at the exact same time you had this adversity, you had the Steelers, and there was this winning-team mentality.

My mom was a teacher, and we spent dinners talking about how do you motivate kids, how do you create an environment of high achievement? And my dad was the C.F.O. of these little retailers. He had very strong values but was always under stress. I used to shine shoes, and we had this discussion when I was 14 about paying taxes, and how nobody reported their tips. So I started filling out 1040 forms, reporting my tips and paying taxes on it, because that’s just what you did.

Was there one engagement or client you had early in your career that made a big impact on you?

We did work with a telecom during my first 18 months, and we disagreed fundamentally with one of the senior leaders at the company, who insisted that we not tell his boss our view that their business was declining faster than they realized. He was really almost threatening the partner not to say that. And the partner said, “We’re going to say what we believe.” To a first-year consultant it was this moment of high drama, to go in and watch the partner say what he thought. The senior leader at the company was very angry, but it was the right thing to do. And in the end, the most senior client really appreciated someone putting bad news on the table in a very direct way.

How do you think the pandemic has changed business in ways that will endure in the years ahead?

From the very beginning, we have used the phrase “new reality,” not “new normal.” “New normal” implies a return to the way things were, maybe with minor tweaks. “New reality” implies a different environment. My continued belief is that it will take longer than we would like, but eventually this will be seen as more endemic than pandemic. It’s not going away, but we’ll learn to manage.

Companies have realized that there are things that have changed in a permanent sense: the way consumers and workers live their lives. Their expectations. Digital, which was already on the acceleration path before the pandemic, just jumped to a different curve.

People are looking for more flexibility and different models of collaboration. And I think that’s a fundamental change. Most C.E.O.s are saying we underestimated the capacity to change the way we work. BCG was very focused on being innovative in what we do, but taking for granted that this is how the work gets done.

What were the common characteristics of the C.E.O.s who managed to do well over the past year and a half?

The ability to learn very rapidly, and not just consume knowledge, but to translate that into experimentation and action. A purpose-driven, authentic style. Empathy, for sure. And a high orientation to adaptiveness and agility. Leaders who combined those four things have really stood out.

Some of the upheaval in the labor force seems to be coming from workers reassessing their lives. Is there something of an existential crisis happening in the work forces of the companies you work with?

I think there are three things going on. One is there’s been an enormous amount of emotional and mental stress during the pandemic, and we’re still in the middle of it. Second, being forced to work from home or in different ways for over a year caused many people to realize there were aspects about their jobs that they didn’t want to go back to. People want more flexibility. Third, I think the lack of direct interaction really is a drag on people, and that also then causes people to question, “Well, why do I want to be here? Is this what I want to do? Should I make different choices?”

For companies, that means three things. First, we have to acknowledge the mental and emotional stress of people and provide resources and support and recognize that just because we’re experiencing the same pandemic, that doesn’t mean we’re having the same experience. Second, we need to find ways to bring more flexibility to work life, and not assume face time or travel time is equivalent to output and value creation. And third, we need to get people back together and we need to build connections. It just feels better when you can be with colleagues. Companies that fail on those three dimensions are really in a very vulnerable position regarding their work force.

Beyond all that, what are the factors you believe are contributing to the labor shortage?

It’s a robust economy, and people are bullish about growth and looking to invest, so there are a lot of jobs posted. Frankly, the government provided a lot of support. We’ve turned off the immigration tap, and that used to be the release valve. People’s flexibility to make different choices is higher than one would have expected it to be. So I think workers are not rushing to take a job, and demanding more.

When kids weren’t going to school, they laid off all the bus drivers. Now there’s plenty of demand, but finding bus drivers is not so easy because some of them made different choices with their lives. You have to be well trained to take on that job. That’s not a job that just anyone can or should do. So even in a profession like that, when we disrupted our work force, people don’t just come back in a heartbeat.

We’ve known that climate change is an issue for decades. Why are C.E.O.s now seemingly so motivated to do something about it?

There’s a tendency to say, “If I change the way you think, you’ll change the way you behave.” But it’s not actually that true. That’s a psychologist’s view of the world. A sociologist’s view of world is, “If you want to change someone’s behavior, change the context around them, and they will respond to that context.” What we’ve seen over the last two years is really a reshaping of context. This is the No. 1 topic, certainly in Europe, in many parts of the U.S. and in other parts of the world.

And it’s clear that the investment required to address it is real. We’re going to spend hopefully $3 trillion to $5 trillion a year for 30 years transitioning the global economy. There’s a lot of business to be done there. Companies are realizing that if they don’t move, they risk being disrupted. Put that whole bundle together. I think we reach a tipping point.

But so few companies seem to be taking the meaningful steps that will really reduce emissions on the global scale that is needed.

Commitments for 2050 alone are not sufficient. There need to be action plans now that start with transparency, that have intermediate commitments and involve reducing the carbon emitted, not just removing the carbon that remains. Job No. 1 is reducing emissions, and then working on the removal.

What has changed in recent years that has made C.E.O.s get so involved in social and political disputes?

C.E.O.s are hoping to find ways to not be seen as political on either side, but to advance agendas that move society forward in a positive way, whether it’s investing in the economy, whether it’s diversity and equity, inclusion, whether it’s climate. They’re not looking to get drawn into things that inherently pull them into being viewed as on one end of the spectrum or the other.

C.E.O.s, like most people in the world, are a little exhausted right now. It’s been quite a stretch with a pandemic and geopolitical stresses and with all the other things going on and supply chain issues. Figuring out how to speak out on important issues is a real source of stress when I talk to new C.E.O.s. One of the big changes that happens when you go from running a big group to being C.E.O. is that when you are running a big unit, you’re not expected to have views on the world to the same degree that the C.E.O. often is.

Are there companies or industries that you won’t work with for moral or ethical reasons?

Yes. In the opioid space, we don’t do anything now, and we had just a tiny amount outside the U.S. in the past. We don’t do tobacco. I think now that the energy transition is underway, we’ve been making conscious calls for the kind of work we’ll do or not do in the energy industry. We’re certainly not doing things that are undermining the Paris agreement.

Glow at home: Beauty industry remakes product pitches in the age of coronavirus