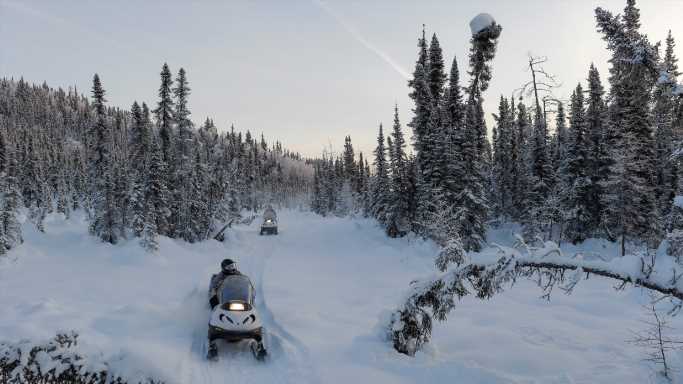 The winter of 2021 has been an eventful one, with major winter storms hitting large parts of the country, including areas unprepared for cold and snow, such as Texas and other Southern states. Hundreds of record-breaking cold temperatures have been logged across the country. This week, temperatures across most of the country are generally within the range that could be expected for late winter.

Even when there are no major unusual weather systems at play, however, the United States is large enough that the hottest and the coldest places across the country might as well be on different continents. As of 9 a.m. on March 16, Austin, Texas reached a high of 87 degrees, more than 100 degrees hotter than some of the coldest places in the country the same day.

To determine the coldest places in America today, 24/7 Wall St. reviewed daily minimum temperature data from weather data site El Dorado Weather. Places were ranked based on the minimum temperature over the 24 hours ending 9:00 a.m., March 16, 2021. Supplemental data on station elevation and data used to calculate average year-round temperature from 2011 to 2020 came from the Global Historical Climate Network (Version 4) of the National Centers for Environmental Information of the National Oceanic and Atmospheric Administration.

In parts of Alaska, the temperature is not just below freezing, it is well below zero degrees Fahrenheit. In Fort Yukon, which is located in the interior part of the state just north of the Arctic Circle, the temperature nearly reached 30 F below zero in the last 24 hours. The majority of the 15 places on this list are in Alaska, although a handful can be found in New England. Click here to see the coldest town in every state.

Click here to see the coldest places in America today.

Stakeholder Capitalism Gets a Report Card. It’s Not Good.

Disney Shakes Up Its Operations to Put Focus on Streaming