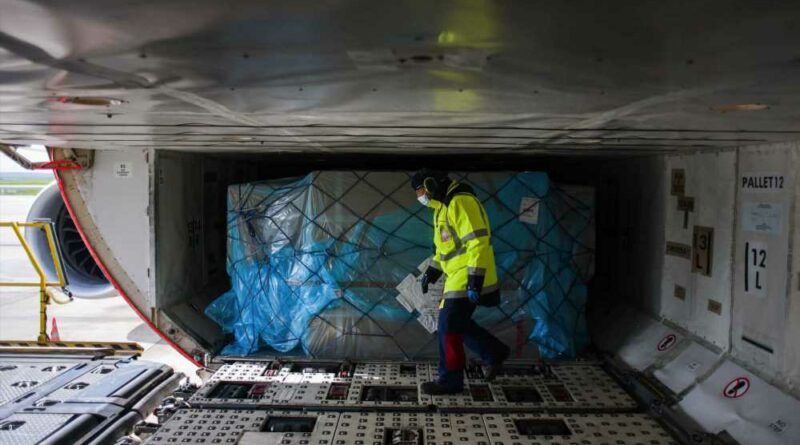 A top executive at Boeing has underlined the importance that cargo now plays in the aerospace industry, nearly two years after travel came to a near standstill due to the coronavirus pandemic.

The company has announced plans to add three conversion lines for its 737-800BCF across North America and Europe. These are facilities that convert aircraft to freighters and they'll be located at KF Aerospace in Canada and London Gatwick.

Deal's comments come a day after Boeing said it was in advanced talks to sell a cargo version of its future 777X jetliner. Ihssane Mounir, senior vice president of commercial sales and marketing at Boeing, told Reuters Saturday that it was "in pretty advanced discussions with a number of customers."

"The [777X freighter] looks good from a design standpoint and a requirements standpoint."

Before the pandemic, a significant volume of cargo was transported in the belly of passenger planes. But after those planes were grounded as a result of travel restrictions, the industry instead focused on dedicated cargo planes.

Many airlines have seen robust volumes for cargo amid the pandemic. Indeed, Emirates Airline's latest half-year earnings reported a 39% increase in cargo volumes, bringing them almost to 2019 levels.

More broadly, Deal added on Sunday that Boeing was expecting more orders before the year end.

"Well we've had a good year so far. We've booked about 309 new orders net this year, 720 gross. That's a pretty good start. And those discussions are continuing at this air show. It's not over, we expect more orders before the year end. And that will position well into 2022," he said. Boeing had booked orders above 700 for the years between 2014 and 2018.

"[2022] will be about growth. It'll be about continuing to produce more on our narrow body, the 737 Max, the wide -bodied market we're still going to see some continued recovery as the international markets come back," he added.

On the coronavirus pandemic, Deal said Boeing was continuing to watch the vaccination rates on a global basis.

"We see that as a key to recovery. If you watched every domestic market recover, it tracks pretty well with the vaccine rate vaccination rates. And now there's talk of the third vaccine going in the arm of people around the globe," he said. "So I think we'll see that continued proliferation of vaccines which will unleash and build confidence back in the general public for recovery."

How India’s handset makers are planning a comeback