Home » Business » The NFL Team With the Most Consecutive Winning Seasons 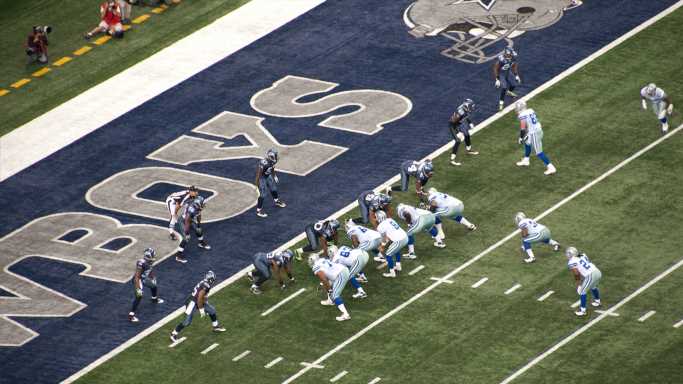 NFL teams that have more than half a dozen winning seasons in a row are rare. One reason Bill Belichick of the New England Patriots is a coaching great is that the team had not had a losing season during this century. That streak ended last year. Coaching great Don Shula, who holds the record for the winningest coach in NFL history, posted winning seasons from 1983 to 1995, a record that almost certainly will never be matched. Among players, Tom Brady, who has been a quarterback in the league for two decades, has not played on a winning team every year over the course of his tenure, even though he is considered the greatest player in history.

To determine the NFL team with the most consecutive winning seasons, 24/7 Tempo reviewed data from Pro Football Reference on the history of each active NFL franchise. Seasons played in the AFL or other competitor leagues were not considered.

A lot of the teams we considered are old teams, and it certainly helps when you have been around a while. Many of the franchises, like the Steelers, Packers and 49ers, are some of the most iconic in the game and have come to represent the sport itself. Their achievements are celebrated and their stars are immortalized in sports history. Of course, sports dynasties are usually hated by just about everyone who isn’t one of their fans.

Some of the dynasties we looked at fell apart after a few key stars moved on or retired. Others managed to adapt with new players and continue their success. Football is a team game, but certain individuals can take a team from good to great. Star players often become the face of the team and the era of dominance. It is hard to imagine the Patriots of the past few decades without Tom Brady.

Younger millennials and beyond have heard myths about the Dallas Cowboys being a football empire but never really seen proof. Turns out they did in fact have 20 winning seasons in a row, the longest streak there is. They won two Super Bowls during this streak and another three in the early and mid-1990s. After some business disputes (which started the Cowboys rivalry with the Redskins), the Cowboys were founded in 1959. They did not get off to a great start but began to turn it around in the mid-1960s and eventually won their first Super Bowl in 1971.

Click here to see all the NFL teams with the most consecutive winning seasons.