The Trans Film Mentorship has announced that its first Trans Filmmakers Summit will take place at the Toronto Film Festival on September 11th. The summit will be held at 2 p.m. ET, following the Inside Out TIFF Queer Brunch on Malaparte’s Rooftop at TIFF Bell Lightbox.

An afternoon to reimagine trans storytelling as an opportunity for community-building and nurturing emerging trans talent, The Trans Filmmakers Summit is open to all trans and non-binary creators, industry partners and allies as a way to discover and celebrate trans barrier-breakers. It will open with an address from the Trans Film Mentorship team, who will honor the trans films and talent at the 2022 Toronto Film Festival. Bilal Baig (Sort Of), Lucah Rosenberg-Lee (Any Other Way: The Jackie Shane Story) and Luis De Filippis (Something You Said Last Night) will then participate in a Trans Creators Panel, followed by a Trans Actors Panel with TIFF Rising Star Carmen Madonia (Something You Said Last Night), Alina Khan (Joyland) and Miyoko Anderson (Soft), who are all lead actors in TIFF ’22 films.

Then, there’s the first annual Trans Barrier Breaker Award, through which The Trans Film Mentorship will honor a trans leader who is actively challenging the limitations of the media industry and disrupting the system, paving the way for more and better trans representation and storytelling. The inaugural award will be given to reality television personality, actress and LGBT activist TS Madison, who stars alongside Billy Eichner, Luke Macfarlane and more in TIFF’s groundbreaking gay rom-com, Bros.

The first-ever Trans Filmmakers Summit is receiving support from The Toronto Film Festival, Inside Out Film Festival, the Canada Media Fund, xoTO Screen Industry Pathways initiative, CBC and Ontario Creates. During the summit, attendees can register for a complimentary workshop hosted by the Trans Film Mentorship where they can receive consultation and guidance on how to use film and TV productions as opportunities for community-building and empowerment. During this workshop, the TFM will share their successes and challenges, and identify the key components to ensuring successful on-set training.

“When I approached making Something You Said Last Night I knew questioning the stories we tell about trans women wouldn’t be enough, rather I wanted to question “how” we told said stories,” said De Filippis, who founded the Trans Film Mentorship,  “I wanted to ensure that other trans people were benefiting off the chance I had to tell my story in material and tangible ways. I’m so happy to see that with the support of our partners this seed of an idea has grown and continues to foster opportunities for the next generation of trans filmmakers. See you on the Tiff rooftop dolls.”

“Inclusion on and behind the screen matters—and we have more work to do,” added the Canada Media Fund’s EVP of Marketing & Public Affairs, Mathieu Chantelois. “We are proud to support the Trans Filmmakers Summit and the important work they are doing to advocate, educate, and celebrate those that have knocked down barriers for others. One of many steps we must take to rethink our industry and the stories we tell.”

Led by Gabrielle Zilkha and Anna Daliza, The Trans Film Mentorship is an organization that runs hands-on career development programming for trans and nonbinary people with the aim of increasing the presence of trans filmmakers, key creatives and crew on set. The program combines mindfulness-based career development workshops with skills training and work placement on the sets of films, TV shows and documentaries. It now counts ten graduates, with more to come.

The TFM’s founding partnership was with the TIFF 2022-selected feature Something You Said Last Night, which JA Productions Inc. produced, with Sundance award winner De Filippis writing and directing. The program has since partnered with the Peabody Award-winning Sphere Media, CBC/HBO Max show Sort Of, co-created by Baig. The TFM’s next project is the Jackie Shane Documentary, produced by Banger and executive produced by Elliot Page.

‘ALI’, A Musical About Sports’ Greatest Superstar, Being Developed For Broadway 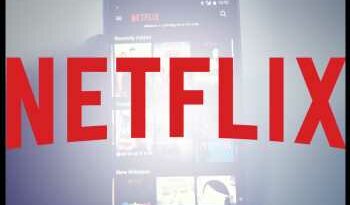