This story is part of CNBC Make It's Millennial Money series, which details how people around the world earn, spend and save their money.

For Jen and Steve Chou, the best part of running their own businesses isn't the combined $1 million annual income — it's the ability to spend as much time as they want with their 13-year-old daughter and 12-year-old son.

Jen started Bumblebee Linens in 2007, which produces custom-designed handkerchiefs, aprons and towels. She co-founded it with Steve, who also found success documenting Jen's business journey on his blog, My Wife Quit Her Job. Since 2009, the blog has grown to feature ebooks, a podcast and in-person conferences.

The flexibility of being their own bosses gives both parents time to be more involved in their kids' lives, including volunteering at their schools and driving them to various extracurriculars.

"Our kids are probably sick of us," Jen tells CNBC Make It. "Whether or not they enjoy us being so involved in their lives, I try to tell them how lucky they are and how fortunate they are that we are there for them."

Both Jen and Steve say that they grew up with hardworking parents who weren't able to spend as much time with them as they might have liked. And for Jen, the freedom of being her own boss has additional meaning.

"My mom passed away when I was pretty young," she says. "Now, I just want to take that time back and make sure I'm present for [my kids]."

Running their own businesses

Jen started Bumblebee Linens while she was pregnant with her first child, quitting the financial analyst job that kept her in meetings from the early morning with her company's European team until late at night with the team in Asia.

She and Steve had been successful selling off excess handkerchiefs that they purchased as favors for their wedding, so they figured that a similar e-commerce business would be a good way to create a new income stream. The initial investment was about $600 to order a few hundred handkerchiefs as well as a digital camera to photograph them.

But Bumblebee Linens grew quickly, and within five years had expanded out of the couple's garage into a warehouse space with two employees. Bumblebee Linens now has about $1 million in annual sales, with Jen taking home half that figure.

Though both Jen and Steve work at Bumblebee Linens, they share no responsibilities. Jen runs the company's day-to-day operations and is in charge of orders, packing, shipping and the embroidery process, while Steve handles all of the marketing.

"The way we have it now is really good," Steve says. "We don't step on each other's toes. We all have full control over our own domain."

In addition to his responsibilities at Bumblebee Linens, Steve has also spent the past 13 years working on My Wife Quit Her Job, which he started after fielding endless questions from friends and co-workers about how he and Jen built an e-commerce operation. He previously worked as an electrical engineering director, but quit the role in 2016 to focus on his blog full time.

The blog offers a number of courses on building an e-commerce brand, as well as hundreds of video tutorials and podcast episodes. Instead of charging per course or for a month-to-month membership, Steve opts to give customers lifetime access for a flat fee of $1,900.

He says that his price point is equal to about six to eight months worth of access to his competitors, but he prefers to get the money up front. He also argues that giving customers lifetime access actually helps him build his subscriber base.

"I have a philosophy that if my students are successful, then I'll become more successful," Steve says. "When they're successful, I brag about them and that leads to more business."

In addition to membership sales, the blog earns income through advertising affiliate revenue, sponsorships and an annual in-person e-commerce event, for a total of around $1 million in annual revenue, half of which Steve takes home.

What they spend in a month

Here are the couple's monthly expenses as of November 2021:

Even though they bring in a combined income of $1 million per year, Jen and Steve don't feel particularly wealthy in Silicon Valley compared to friends and neighbors who have had multimillion-dollar exits at public companies.

Nevertheless, the couple says they "don't even spend a fraction" of what they bring in and consider themselves to be relatively frugal for their income bracket.

If there is something that they really want, they don't hesitate to buy it, Jen says, but the main thing they splurge on are experiences: Jen likes to take a long family vacation each year, while Steve enjoys going to sporting events. Over the past few years, he has gone to the NBA Finals each year the Golden State Warriors have made it.

The biggest chunk of their monthly spending goes toward their children's education and extracurriculars. In addition to $4,500 a month on private school tuition for their kids, they spend an additional $900 on Chinese lessons, tutoring, sports and math classes.

"We both have this philosophy that our biggest investment is our kids," Jen says. "We really want them to be well-rounded."

Steve and Jen contribute roughly $9,600 each month to a simplified employee pension (SEP) account, but are currently holding off on any other investments. Steve says this is because they feel like "the market is a little frothy" and they want to have cash on hand to act when an opportunity arises.

"In the past, looking at our periods of the greatest wealth creation, it actually occurred during periods of downturns where we had the opportunity to buy something at a really good deal," he says.

Finding balance, and keeping a lid on their growth

Jen and Steve work roughly 20 hours per week at their businesses. Steve typically finishes work around 12:30 in the afternoon, leaving him time to be "a full time Uber driver" for his children, he jokes.

Jen spends her free time at her daughter's school, where she volunteers with the student entrepreneurship program. "Having that flexibility is super rewarding for me," Jen says. "I'm able to do something that I love and also be a really huge part of my kid's education."

Jen enjoys her flexibility so much that she has intentionally kept Bumblebee Linens from growing as fast as she says it could.

"When we were growing really rapidly, it was causing a lot of headaches and honestly, I didn't want to do the job at all," she says. "We would have to get a larger place, we would have to hire more employees, we would have to do a lot more things that I wasn't ready to do without compromising our lifestyle."

Steve, on the other hand, has no issues with growth. He currently has roughly 5,000 paying subscribers and is looking to increase his numbers every day.

"With My Wife Quit Her Job, we sell digital products," Steve says. "Growing that and scaling that is much easier because we have nothing physical to ship."

Steve and Jen have no plans to leave Silicon Valley and their $2,100 monthly mortgage any time soon, but they don't see themselves staying there forever.

"We joke that we're going to move out of California as soon as the kids go to college because it would be so much cheaper to live out of state," Jen says. "The employees [at Bumblebee Linens] would be cheaper and the location would be cheaper in terms of rent for our office."

Steve admits that he thinks about going back to work "every now and then," though he relishes all the time he is able to spend with his kids. Once they're away at college, he says he may look to fill his schedule again.

"There's a part of me that misses working with other really smart engineers," he says. "But it would be impossible to find a job that I could work really flexible hours. More likely, what's going to happen once the kids are in college is I'll probably end up starting my own software company."

For now, they are content to enjoy their success and their family.

What's your budget breakdown? Share your story with us for a chance to be featured in a future Millennial Money installment. 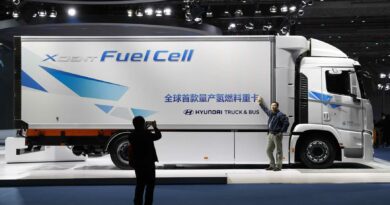 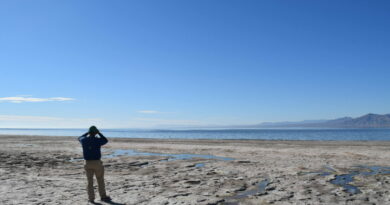 Ghost towns and toxic fumes: How an idyllic California lake became a disaster