People may not have traveled much during the past year, but that didn't stop them from searching for ideas online.

Luxury travel operator Unforgettable Travel wanted to know which travel experiences people searched the most during the past year. With the help of digital marketing agency SEO Travel, the company compiled a list of 135 of the world's most popular "bucket list" destinations and used software to determine how many people were making plans to visit each site.

According to the research, which analyzed searches from May 2020 to May 2021, the world's tallest building, the Burj Khalifa, was the most-searched travel experience, a result that surprised the team at Unforgettable Travel.

"There were a few experiences in the top 10 alone that we thought would feature lower down despite being great experiences … this includes the No. 1 Burj Khalifa in Dubai," said Luke Harvey, a marketing manager at the company. "But the fact Dubai has remained open to visitors for the vast majority of time during the pandemic will have aided its position."

That wasn't the only surprise to the team.

"Trekking to Mount Everest base camp is definitely a once-in-a-lifetime experience, yet not something we thought would beat the likes of the Rome Colosseum," he said.

Continent lists show the travel experiences and sites garnering the most online interest in specific parts of the world.

History, wildlife and natural wonders top Africa's most-searched sites, including some that were tied in terms of global search activity.

"These are all great activities in some of Africa's top destinations," said Kent Redding, president and co-founder of luxury safari company, Africa Adventure Consultants.

He told CNBC that while those locations are open, travelers should expect some restrictions due to the pandemic. For example, visitors must stay 10 meters away from the gorillas in Uganda, and the cable car at Table Mountain is closed until at least July 11, he said.

The 2022 travel season is filling fast because of postponements from this year and "a ton of new bookings" for next year, Redding said. That means opportunities abound for travelers willing to travel this year, he said.

"While travelers are facing some hurdles traveling now — including canceled flights, sporadic lockdowns, and lots of Covid testing — those who can roll with the punches are enjoying incredible experiences," said Redding. "They are visiting some of Africa's most popular parks and seeing amazing wildlife … with nobody else around."

The White Continent registers just one experience on the list — simply stepping foot onto it.

"Antarctica has always held a unique appeal," said Patrick Woodhead, managing director at White Desert, a luxury tour operator that organizes expeditions to the continent's interior. "Clients are drawn to the continent because it still represents a sense of discovery in travel that has been lost in so many other places on earth."

Woodhead said the 2021-2022 travel season will be the company's busiest season yet.

"With so much pent-up demand for so long, clients aren't waiting to experience a lifelong dream," he told CNBC.

Despite most of Asia being closed to tourism in the past year, people still searched for information on these experiences:

1. Visiting the Burj Khalifa in Dubai
2. Hiking to the Mount Everest base camp in Nepal
3. Touring the Taj Mahal
4. Traveling to Japan during cherry blossom season
5. Seeing China's Forbidden City
6. Diving at Indonesia's Raja Ampat islands
7. Watching the sunrise at Angkor Wat
8. Swimming in the Dead Sea
9. Touring the Petronas Towers in Kuala Lumpur
10. Seeing the sunrise at the temple of Borobudur

The list includes feats of architecture both modern — Burj Khalifa, Petronas Towers — and historical — the temples of Angkor Wat and Borobudur as well as China's Forbidden City.

Nature's extremes are also highlighted; the world's tallest mountain — Mount Everest — and the lowest place on Earth — the Dead Sea between Israel and Jordan — are on the list.

The top three searched spots in Europe are hardly a surprise, and the rest of the list is an eclectic mix of architecture, nature, exercise and entertainment.

1. Going to the top of the Eiffel Tower in Paris
2. Touring the Louvre in Paris
2. Exploring Rome's Colosseum
4. Going to the Glastonbury Festival
5. Partying in Ibiza
6. Riding the Orient Express
7. Seeing La Sagrada Familia in Barcelona
8. Visiting Buckingham Palace in London
9. Cruising the Norwegian fjords
10. Running the London Marathon

Europe had the most spots on the longer list, taking 19 out of 50 spots. Italy secured an additional four with Pompeii, Cinque Terre, the Sistine Chapel and the canals of Venice.

Two experiences in Iceland — seeing the Northern Lights and swimming in the warm waters of the Blue Lagoon — also made the cut as did touring Neuschwanstein Castle in Germany and Stonehenge in the United Kingdom.

Europe has opened to some international travelers again, but tourists should note that not all of those experiences are operating yet.

Four big-city travel experiences in North America made the global top 10 list. The rest focused on more rural parts of the continent.

"This is a great list, and I think it hits a lot of the best U.S. locations and experiences," said Ruzwana Bashir, CEO of Peek, a booking website for travel experiences.

She said one way to make "bucket list" travels special is to see them in interesting ways. From this list, she recommends taking an underground tour of the Grand Canyon, zip lining in the Mojave desert outside of Las Vegas and taking a seaplane over the Golden Gate Bridge.

"On Route 66, I'd recommend stopping at Peach Springs for a tour of the stunning caverns, taking a detour around Santa Fe to go rafting on the Rio Grande and enjoying a local handcrafted cocktail at a beautiful distillery in Galena, Kansas," Bashir said.

She added that other must-see experiences in North America are taking a hot air balloon ride over Napa Valley, visiting Yosemite National Park and doing waterfall yoga in the Smoky Mountains of North Carolina.

After Antarctica, the least populous continent in the world is Oceania, which comprises Australia, Papua New Guinea, New Zealand and many smaller islands, such as Fiji, Guam and French Polynesia.

Unsurprisingly, all but one of its most-searched travel activities involve the outdoors.

The newest of these experiences is the Hobbiton Movie Set in Matamata on New Zealand's North Island. Tolkien enthusiasts can book a guided walking tour of the 12-acre movie set used in both "The Lord of the Rings" and "The Hobbit" trilogies.

Online interest is focused on outdoor activities in South America, too.

Peru's most famous tourist destination, Macchu Picchu, topped the list. It was also one of four of the "New Seven Wonders of the World" to appear in the 50 most-searched travel experiences list.

"The main surprise was that some of the 'Seven Wonders of the World' didn't make the top 50, including the Great Wall of China, Petra in Jordan and Christ the Redeemer in Brazil," said Unforgettable Travel's Harvey.

In the end, he chalked it up to the sheer size of the competition.

"There are so many amazing things to see and do in our world," he said. 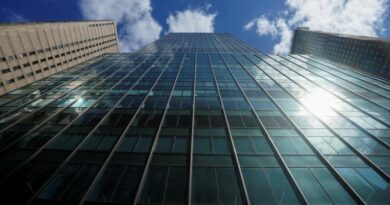 Fed's Powell vs. Trump: who's got a 'feel' for markets now?