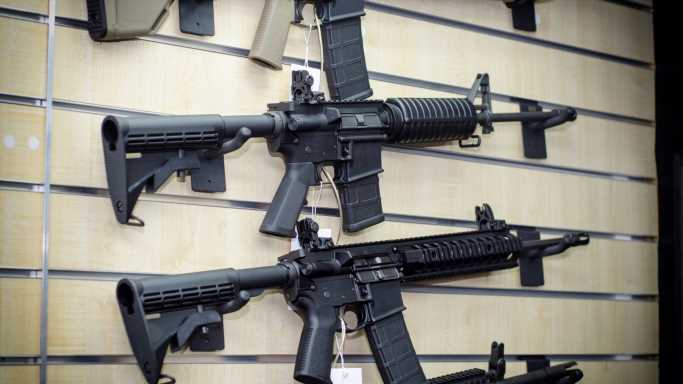 There are about 400 million guns in circulation in America, according to estimates from the Small Arms Survey. That is well over one gun per person. The sheer amount of guns presents a particularly vexing problem. A well cared for gun can work well and remain in circulation for decades. And gun sales restrictions cannot entirely solve the gun violence problem. (These are the states where the most murders are committed with a gun.)

While gun background checks are not a one-to-one comparison of gun sales, they serve as a proxy, especially in identifying trends. So far, through the first eight months of 2022, gun background checks by the FBI have hit 20,790,489. That is down sharply from 27,841,119 in the same period last year and breaks several years of upward trend.

Gun sales — as measured by background checks — in the U.S. were 10 million in 2006. They rose to almost 15 million in 2010, and to just above 25 million in 2018. They exploded as the COVID-19 pandemic hit, reaching 39,695,315 in 2020. Sales after March 2020 made up a disproportionate amount of the total. Concern about how the pandemic might affect violent crime in the U.S. was likely a cause, at least in part, for this increase. This might have been exacerbated by the period of civil unrest across much of the country in the summer.

Sales fell from 2020 levels in 2021, but only by a modest amount. A downward turn began in the second half of the year.

Gun sales do not appear to be related directly to state populations. California, the most populous state with 39.4 million people, had a modest number of background checks in the first eight months at 951,008. Illinois topped the list in background checks at 2,771,745 over the first eight months, but its population is a more modest 12.8 million. (These are the states with the most trafficked guns.)

To determine the state selling the most guns, 24/7 Wall St. ranked states based on the number of firearm background checks initiated in the eight five months of 2022, according to the FBI’s the National Instant Criminal Background Check System. Population figures came from the Census Bureau’s 2020 American Community Survey and are five-year averages.

As gun violence remains among the most critical problems in America, what is the future of the gun debate? Some Americans believe that the Second Amendment to the U.S. Constitution allows them to freely own as many guns as they would like and to wear them in the open. Gun regulation advocates interpret the Amendment as being less about the rights of individuals and further believe the over 200-year-old Amendment should be adjusted to modern-day realities.

About two-third of the population supports stricter gun laws, according to a recent Gallup poll. Could the two differing views meet in the middle or will the rift continue to grow?

Click here to see this is how many guns were sold in each state so far this year. 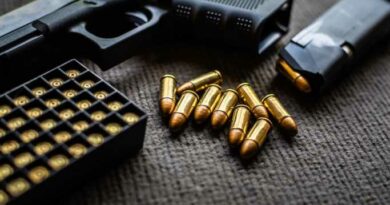