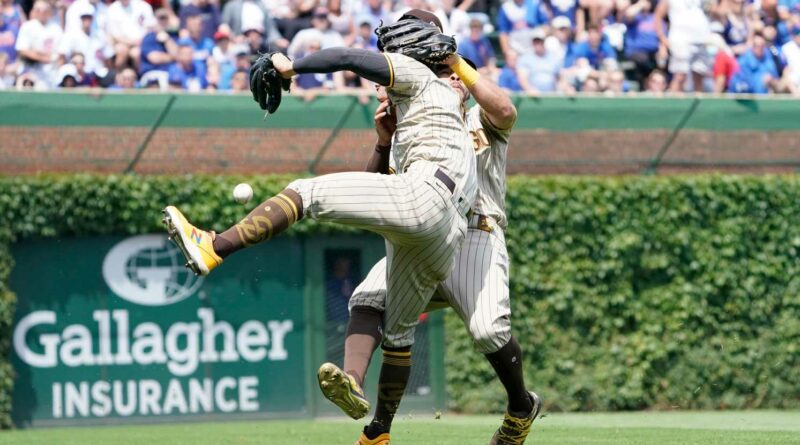 The San Diego Padres lost two players on one play Wednesday when outfielder Tommy Pham and infielder Ha-Seong Kim collided on a shallow fly ball and had to leave the game.

The play occurred in the bottom of the fourth inning against the Chicago Cubs at Wrigley Field. With one out and the bases loaded, Cubs catcher P.J. Higgins lofted a soft fly ball into short left field.

Pham and Kim both appeared to call for the ball, but neither one caught it when they ran into each other and fell to the ground. Kim was able to pick the ball up and throw it to third baseman Manny Machado, who started an inning-ending double play to retire the confused baserunners.

Pretty incredible double play turned by Ha-Seong Kim, but Tommy Pham was not happy about the collision as he got into it with Padres third base coach Bobby Dickerson in the dugout pic.twitter.com/CENaQ6oXt9

“Very scary when you see it — two guys going full-speed and they collide,” said Padres manager Jayce Tingler. "We’re fortunate that they both walked off on their own terms. They were definitely banged up.”

Both players were down on the field for a few minutes after the play ended. However, the drama wasn't over. Before Pham left the game, he appeared to get into an argument in the dugout with Padres third base coach Bobby Dickerson.

According to MLB.com reporter A.J. Casavell, Kim apparently avoided a concussion after going through protocols once he exited the game. Pham suffered a cut on his chin and will undergo further examination when the team returns to San Diego.

‘She had to hold her little boy as he died’: 6-year-old’s family, California police seeking shooter in road rage death 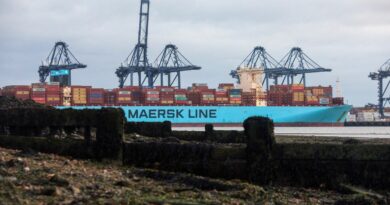