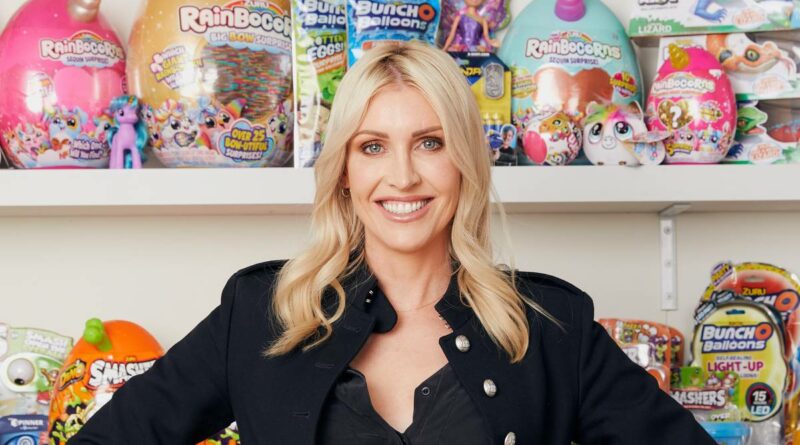 Auckland startup TradeWindow has raised $15 million in a Series A round ahead of an NZX listing – which CEO AJ Smith says will take place by Christmas.

TradeWindow’s platform digitised the process of managing exports, and participants in the raise all have ties to the industry.

Leading the investment round were existing shareholders ASB Bank, which provides trade finance to hundreds of New Zealand exporters, and Bay of Plenty Council-owned Quayside Holding – the majority shareholder in the Port of Tauranga.

And new investor Anna Mowbray is part of the billionaire Mowbray clan that owns toy giant Zuru, along with new businesses in areas from cosmetics to pet food. The Mowbrays’ pandemic shipping challenges have been such that the siblings are considering their own shipping line for their new eco-friendly housing venture.

The Series A round was over-subscribed by $3m. Smith told the Herald that, including seed rounds, his company has now raised a total $22m. It has no need to raise further capital, so has opted for compliance listing rather than an IPO.

The direct listing route means TradeWindow will offer a profile rather than a full prospectus. Smith said the profile will not include any forecasts but will include some historic financials – with the provision that the three-year-old firm has only been in commercial mode for around 12 months.

The CEO said revenue this year would come in around the $4m mark. Next year, he expects it to double to around $8m. “We anticipate profitability mid-2023 under current budget and projections,” Smith said.

TradeWindow’s early publicity highlighted that the company’s “Cube” platform is based on blockchain – the “distributed ledger” technology that underpins bitcoin and other cryptocurrencies. But while Smith talked up blockchain’s security and transparency when prompted, his company’s latest promotion only makes passing reference to the technology.

The main focus now is on the more straightforward fact that TradeWindow offers an all-digital way to manage logistics through a single system – replacing a mess of paperwork, email, faxes and other systems.

And while the pandemic has been such a headache for many, TradeWindow has benefited from the pandemic trend to digitise commerce. It’s been the spur many need to finally upgrade creaky systems.

“Covid has really been the backbone to our growth,” Smith said.

“It’s been an accelerator in digital transformation. It’s definitely helped with change management, which has always been an obstacle.

“Covid has brought to light the inefficiencies of paper, and that’s helped our business tremendously.”

He added, “As a company [we] can’t change the efficiencies with shipping, and everything that goes with it. But what we can do is bring visibility to our trade partners and our clients – so they at least know where a consignment is and how to mitigate risk through better insights into the supply chain.”

The pandemic has also escalated compliance issues – one of the elements handled by TradeWindow’s platform.

It inherited 10 staff across the Tasman when it bought Australian company Cyberfreight for an undisclosed sum in April. Smith says some of the new funds are being used to hire another 13 for the Australian office, and to grow a satellite office in Singapore and Shanghai as part of a wider Asia-Pacific push to follow.

The CEO said TradeWindow currently has around 380 customers, from large exporters to freight-forwarders.

“This equates to 56 per cent of New Zealand’s total merchandise exports by value being either partly or fully digitalised through TradeWindows’s core digital documentation solution – amounting to 1 million export documents per year.”

Smith said while the exact timetable had yet to be set, the relatively straightforward nature of a compliance listing meant there were no major obstacles to listing on the NZX by year’s end.

The CEO declined to give a private equity valuation ahead of the release of TradeWindow’spre-listing profile.

With his 17 per cent take, Smith – a South African expat who has held a string of senior roles with financial services companies – is the second-largest shareholder after ASB (22 per cent).

Other shareholders have sub-10 per cent holdings. Along with Mowbray, they are the Perth-based Rae Family (who established and sold the challenger fuel brand Gull in New Zealand and Australia), two families that formerly owned Sonfrana Unilines and Pacific Direct Line respectively, and the Wiltshire family in New Zealand.

‘Can government play with people’s money?’