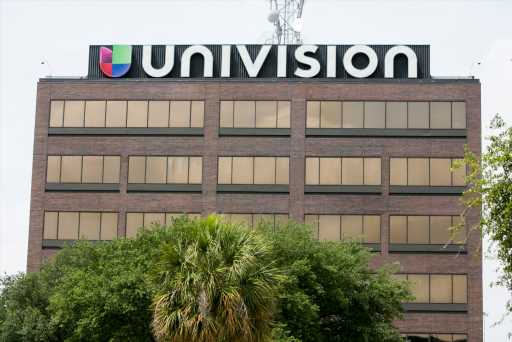 Hispanic media giant Univision Communications swung to a loss in the fourth quarter from a profit in the year ago period, as revenue inched up 4%.

The company reported revenue in the period of $722.9 million, up from $692.9 million and a loss from continuing operations of $39.1 million. In the same period a year ago, the company had reported income of $93.9 million.

Univision is under new management after a group of investors led by former Viacom CFO Wade Davis acquired a 64% stake for $526 million. The deal, which closed last December, represented a significant discount from a 2007 takeover by a group of private equity firms.

Davis, who now runs Univision as CEO, said in the earnings release that Univision “delivered meaningful year-over-year audience growth in primetime.” Those gains, he noted, came at a time when “major English-language broadcast networks and our closest Spanish-language competitor all reported audience declines.”

Yet the increased audience did not result in compensation from advertisers, at least in the near term. Apart from an influx of $58.3 million in political spending during a record-setting 2020 election cycle, the Media Networks division had a fairly downbeat quarter. Covid-19 hit the business hard, sending the division’s core advertising revenue down 6% to $315.2 million. In its earnings release, Univision mentioned automotive, media and entertainment, telecom, restaurants and financial services as categories particularly affected by the pandemic.

Beginning in April 2020, the company said, it implemented cost-saving measures that amounted to $125 million in expense reductions compared with 2019 levels. (Variable program license fees and recurring costs for soccer rights are not part of those cuts, the company noted.) More belt-tightening could lie ahead, the company warned. “Based on developing market conditions, additional actions may be required in 2021,” the earnings release said.

DIGITAL BANKING ECOSYSTEM: These are the key companies, strategies, and investments banks are making for digital transformation in 2020