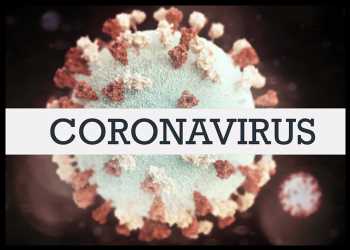 As the super spreading Omicron variant hitting the United States very hard, an all-time world record number of 1 million new Covid-19 cases were reported in the country on Monday.

This is almost double the previous record of about 590,576 new cases last week.

Out of more than 5 million new cases reported during a 14-day period of December from 21 to January 3, one fifth of them were recorded on Monday itself.

The unusually high Monday toll may be attributed to adding holiday weekend backlog due to reporting delays. However, this is the highest case number recorded in a single day since the pandemic broke out in the country.

Although the skyrocketing number of infections does not turn severe or lead to deaths, the peak in the pandemic results in flight cancellations, school closures and rise in hospitalization.

Many corporate companies, including Goldman Sachs Group Inc. and JPMorgan Chase & Co., have reportedly told their workforce to delay return to office for the time being, and to continue working from home.

This sudden surge changed the weekly average of Covid cases in the U.S. multi-fold. It skyrocketed by 239 percent in two weeks, driven by the more easily transmitted Omicron variant.

With 1000083 new cases, the total number of people infected with coronavirus in the U.S. has risen to 56,191,733, according to the latest data from Johns Hopkins University.

With 1688 additional casualties, the total Covid death toll has increased to 827,749. There is a slight 3 percent fall in the weekly average of Covid deaths.

Hospitalizations increased by 41 percent in a fortnight, to 97,847. 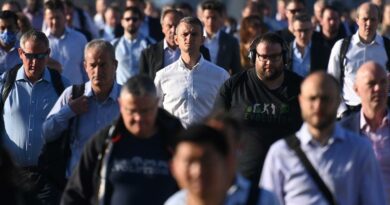